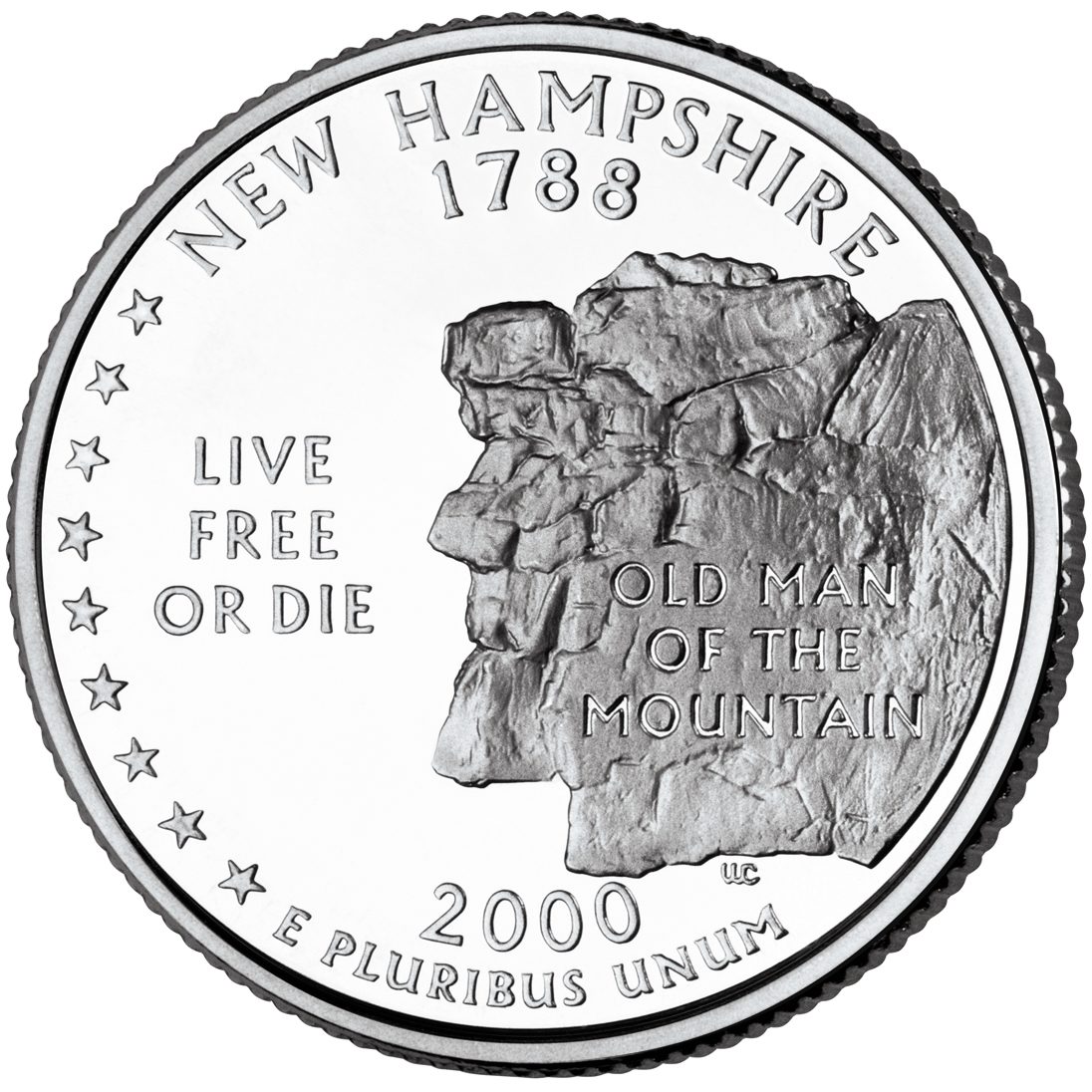 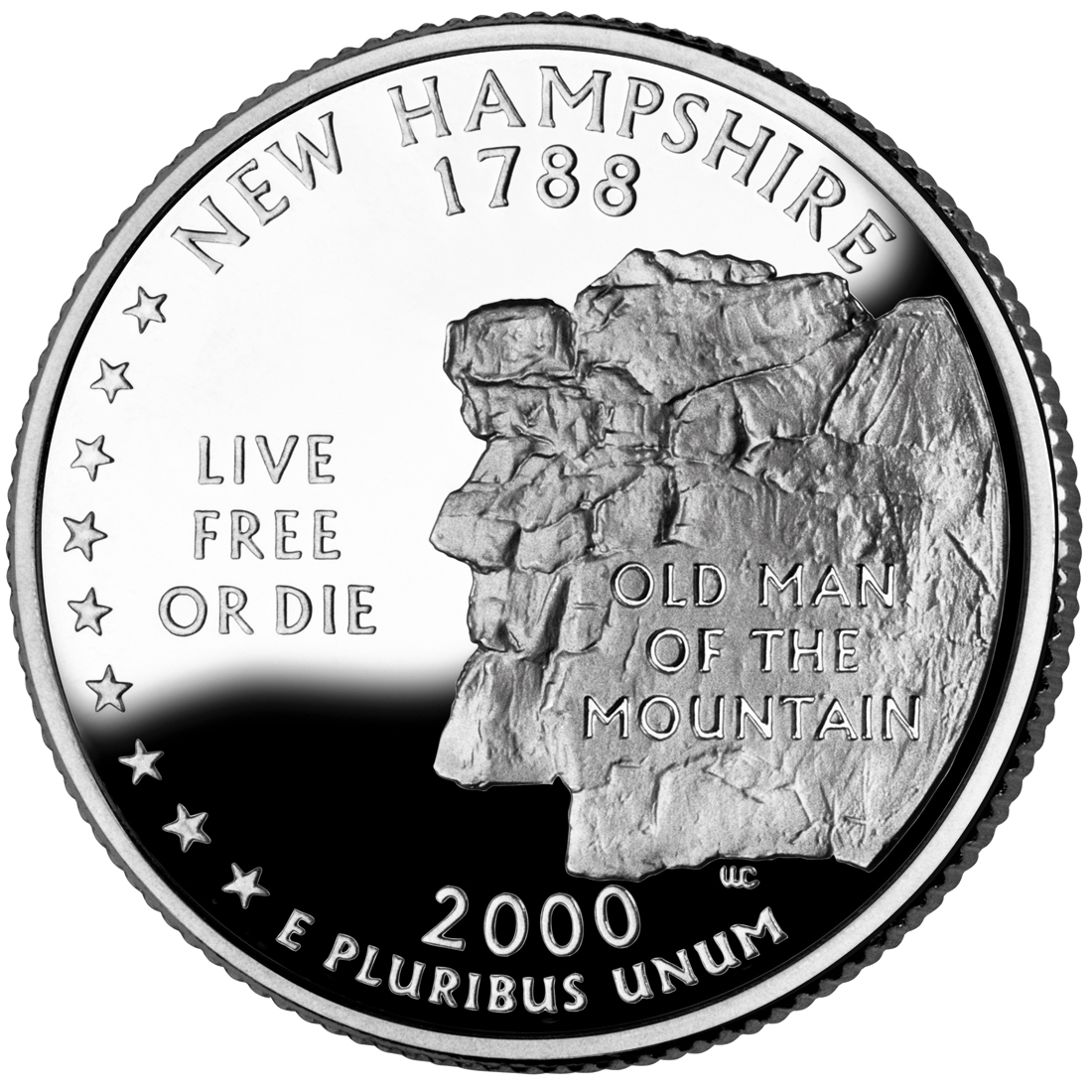 Reverse Description: Released on August 7, 2000, this is the ninth coin released in the 50 State Quarters Program and the fourth released in 2000. New Hampshire, admitted into the Union on June 21, 1788, themed the coin, Live Free or Die/The Old Man of the Mountain. It highlights the rock formation, The Old Man of the Mountain, and the state motto, Live free or die. President William J. Clinton was in office when this legislation was signed. Three United States Mint Directors served under President Clinton's tenure; David J. Ryder of Idaho, Philip N. Diehl of Texas, and Jay W. Johnson of Wisconsin.