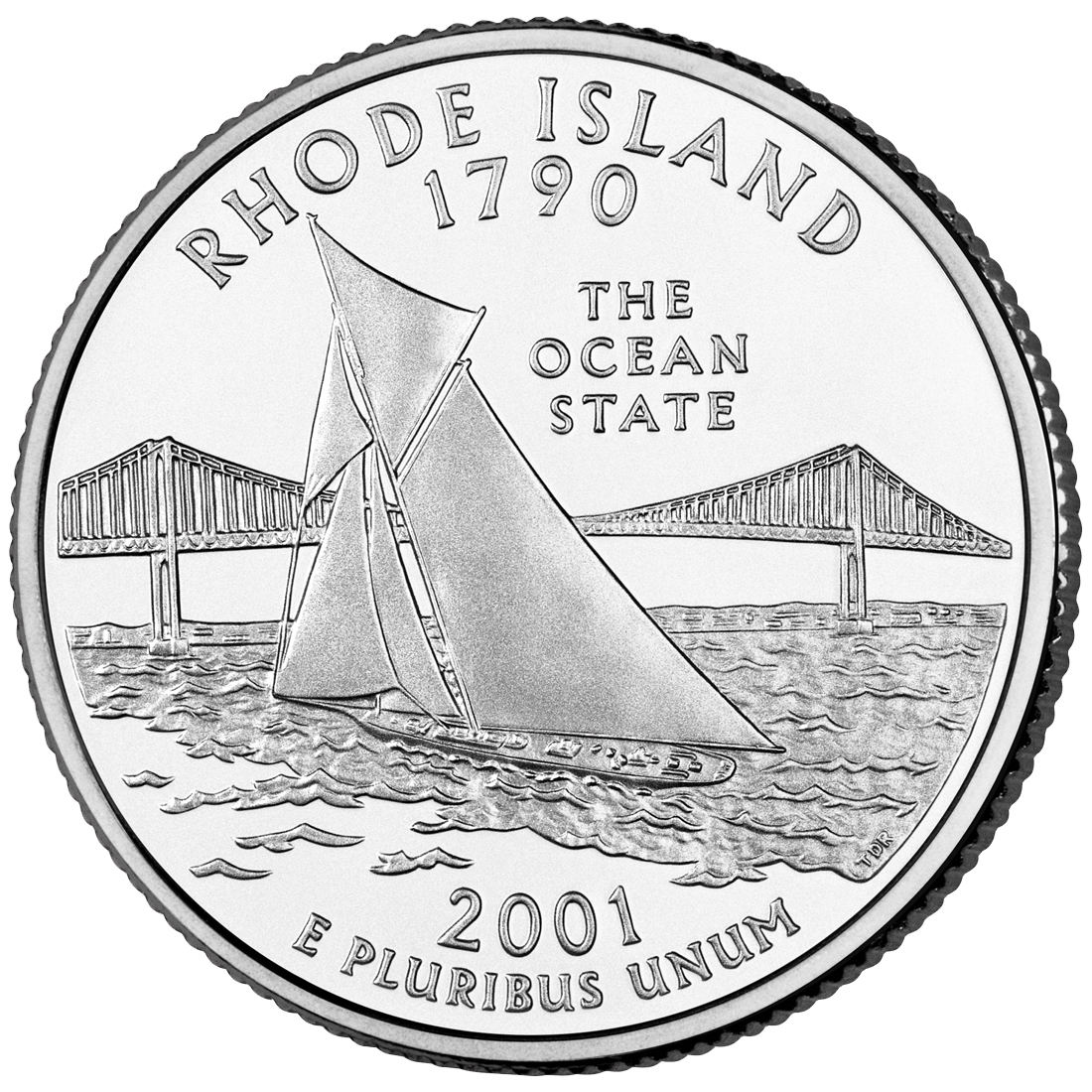 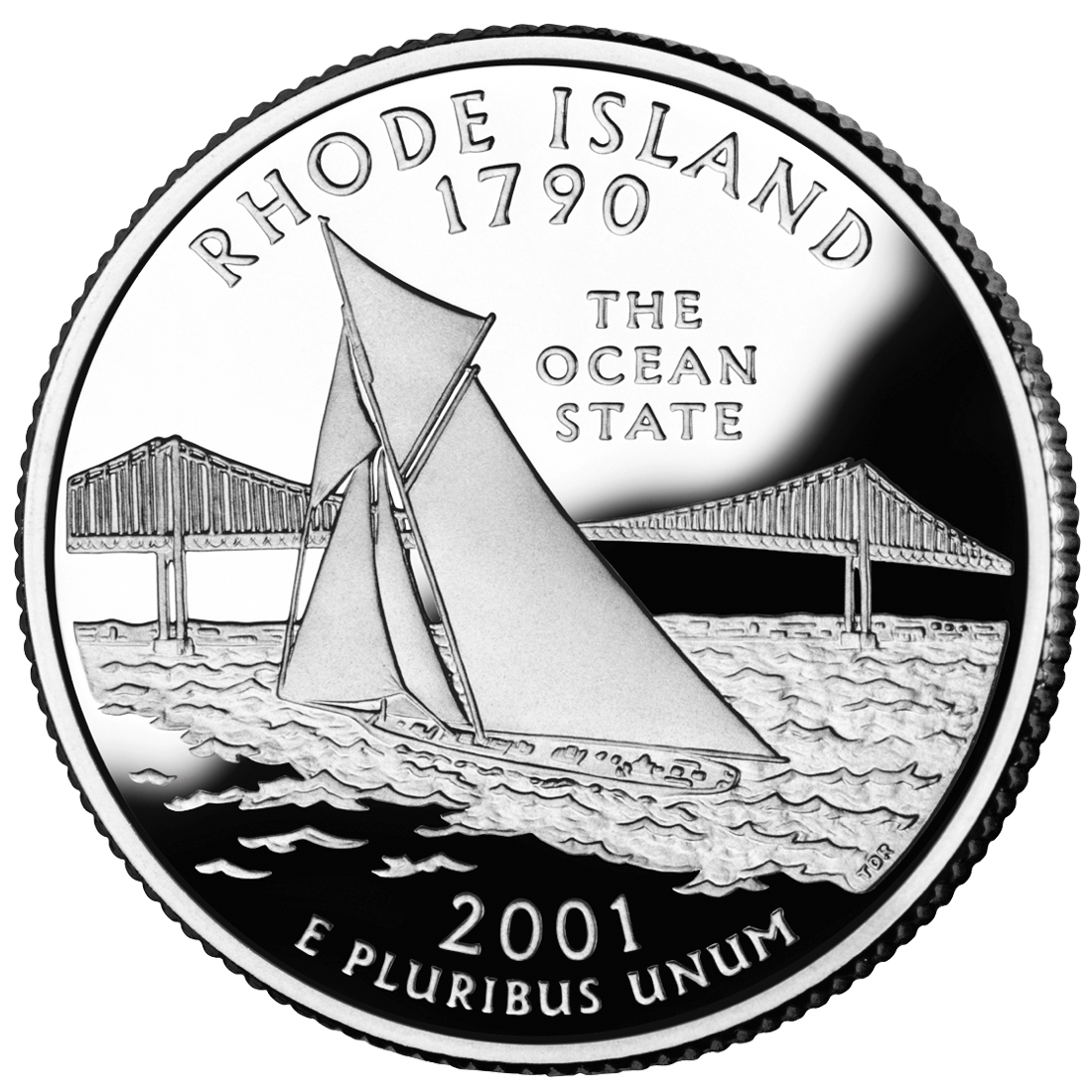 Reverse Description: Released on May 21, 2001, this is the 13th coin released in the 50 State Quarters Program and the third released in 2001. Rhode Island, admitted into the Union on May 29, 1790, themed the coin, Ocean State. The coin features an image of a vintage sailboat gliding through Rhode Island's famous Narragansett Bay and an image of the Pell Bridge in the background. President William J. Clinton was in office when this legislation was signed. Three United States Mint Directors served under President Clinton's tenure; David J. Ryder of Idaho, Philip N. Diehl of Texas, and Jay W. Johnson of Wisconsin.