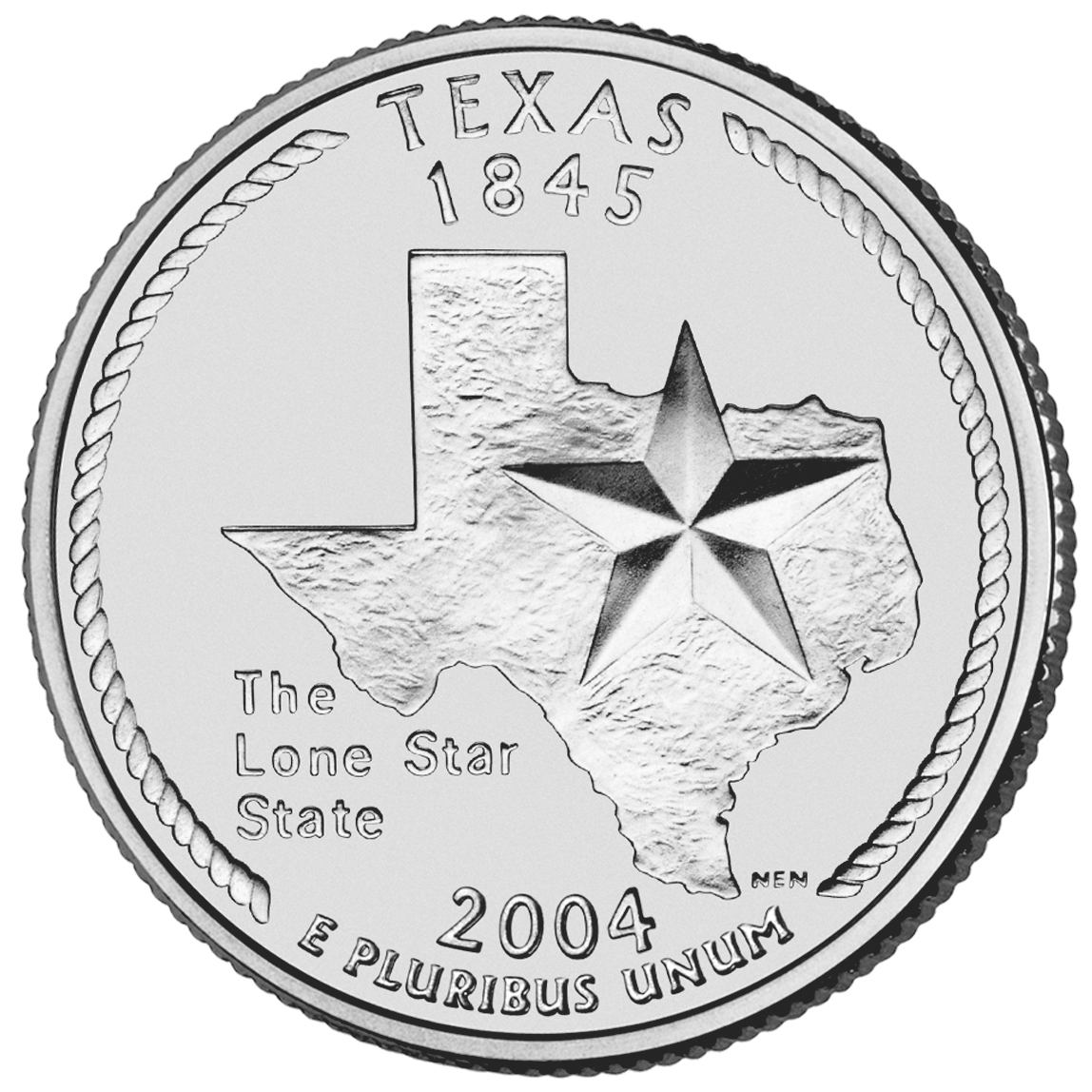 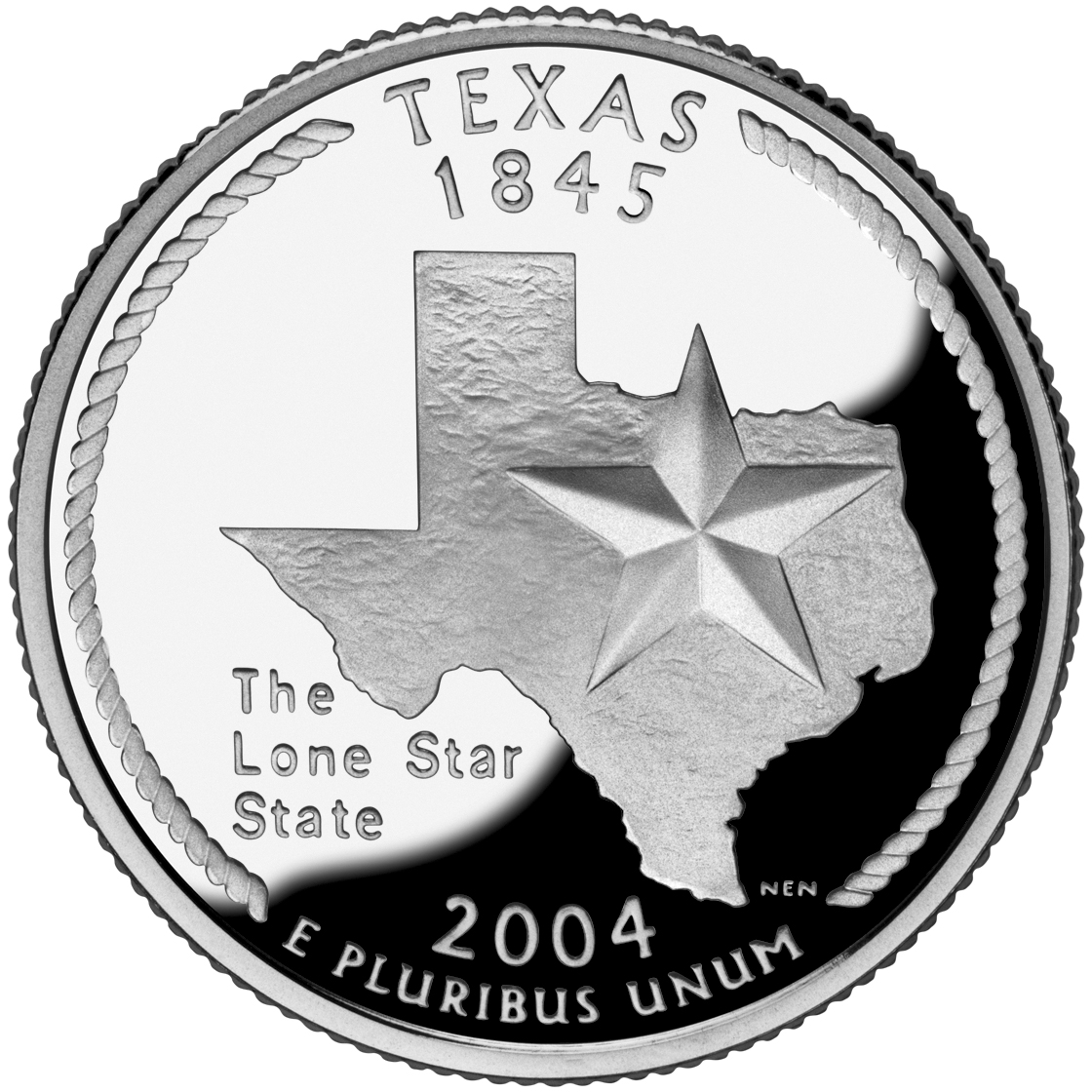 Reverse Description: Released on June 1, 2004, this coin is the 28th released in the 50 State Quarters Program and the third released in 2004. Texas, admitted into the Union on December 29, 1845, themed the coin the Lone Star State. It highlights an outline of the State with a star superimposed on the outline and the inscription, The Lone Star State. The lariat that encircles the design is symbolic of the cattle and cowboy history of Texas as well as the frontier spirit that tamed the land. President William J. Clinton was in office when this legislation was signed. Three United States Mint Directors served under President Clinton's tenure; David J. Ryder of Idaho, Philip N. Diehl of Texas, and Jay W. Johnson of Wisconsin.