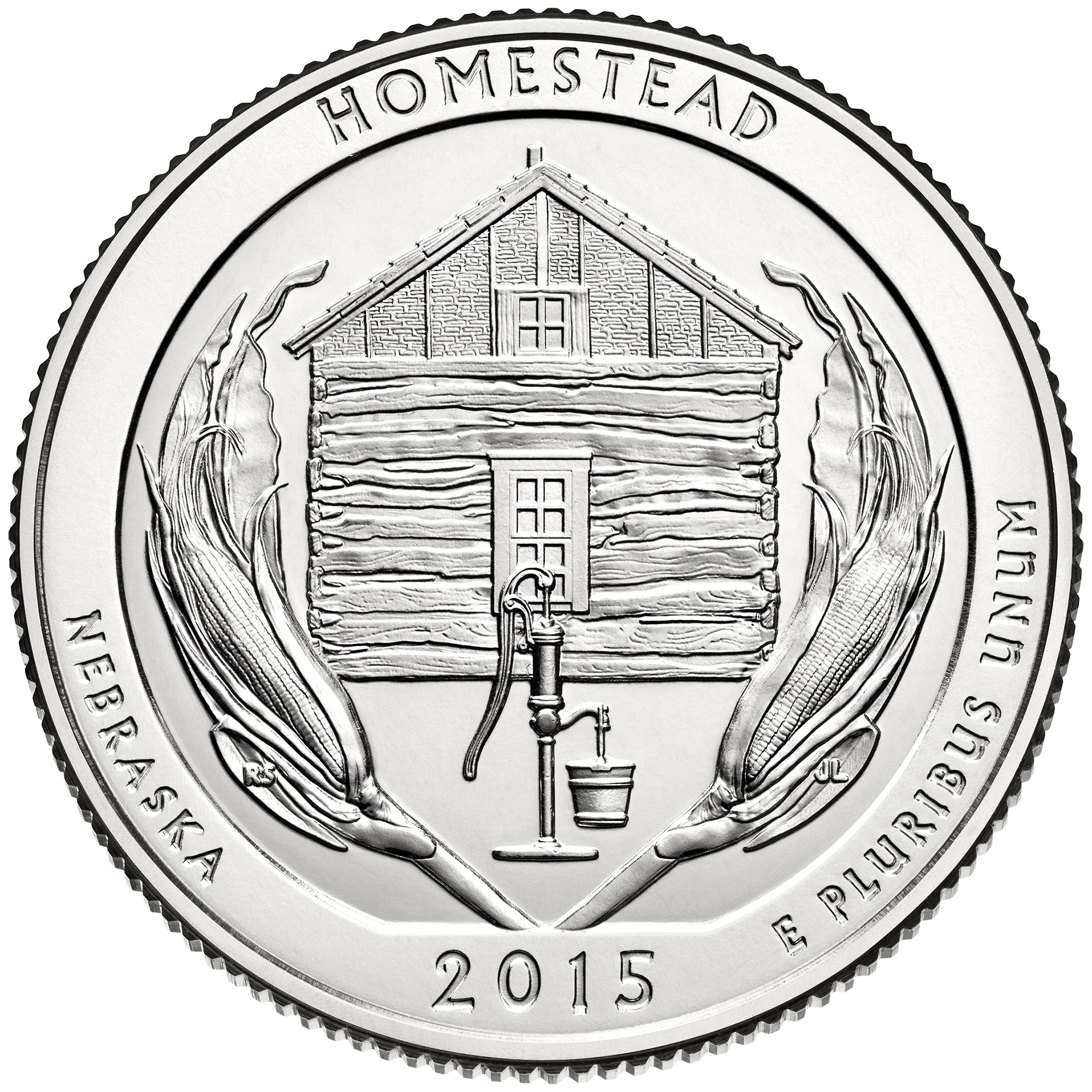 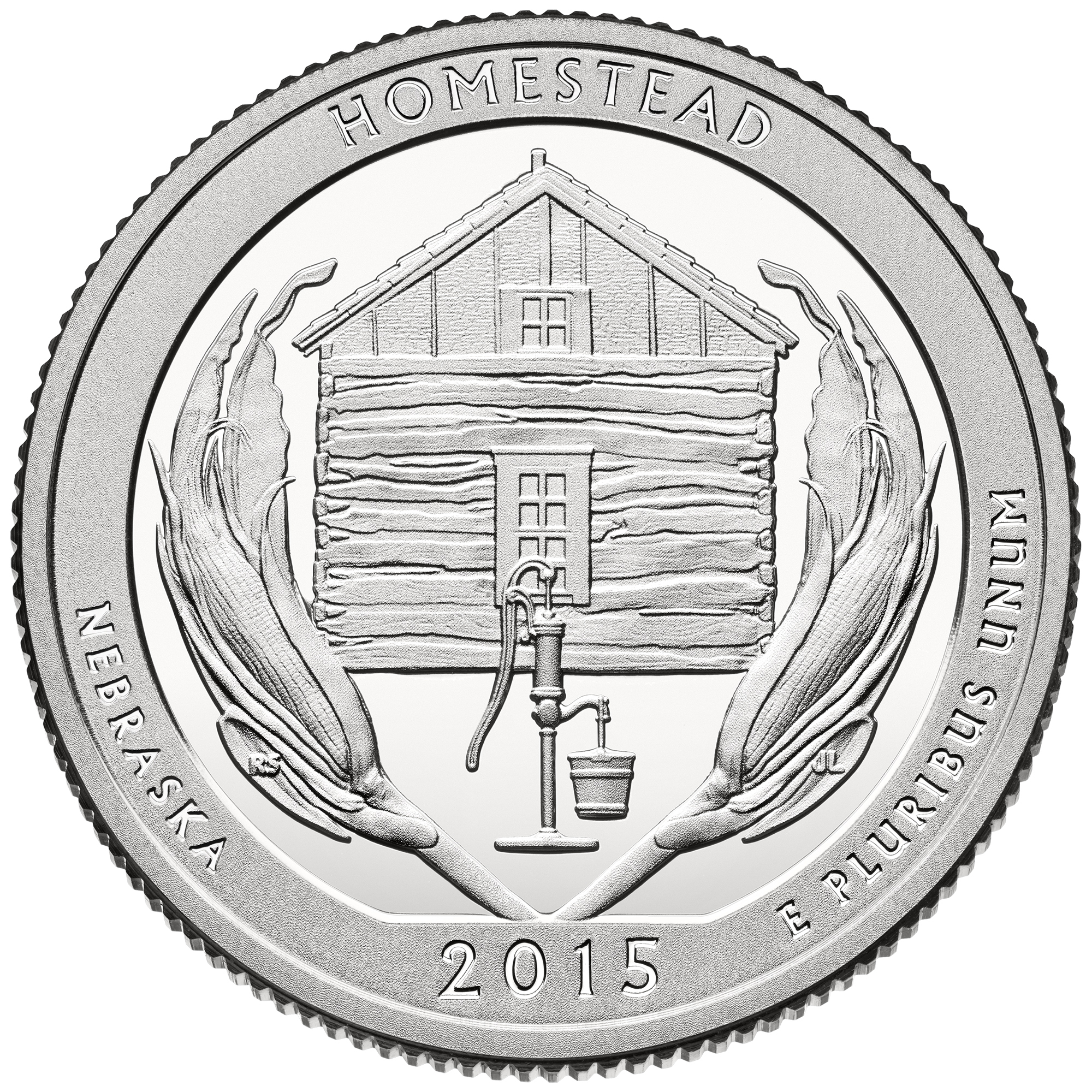 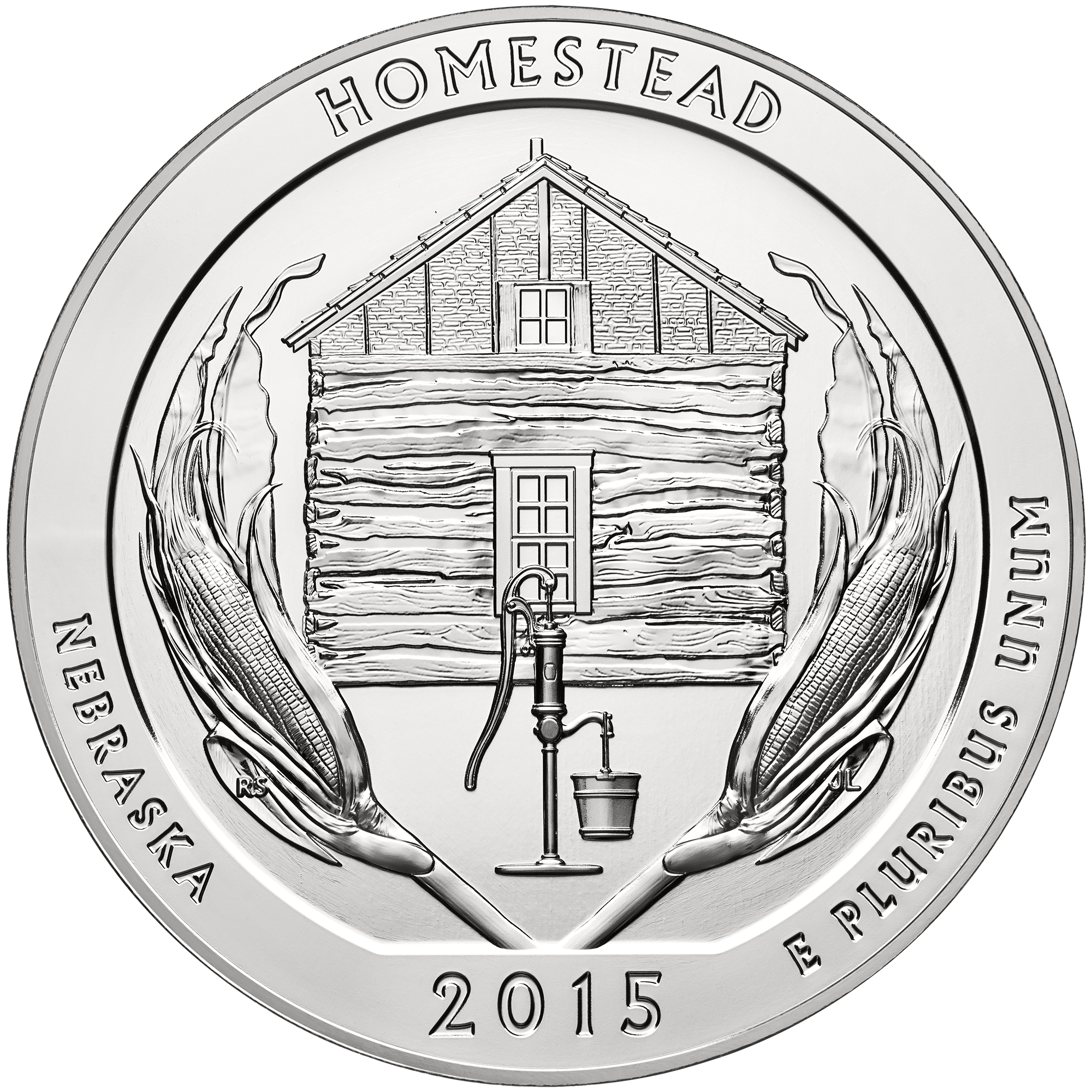 Established in 1936, Homestead National Monument of America brings the epic homesteading story of early pioneers to life and demonstrates the true scope and importance of the Homestead Act of 1862. By granting free land, the Homestead Act allowed nearly any man or woman a chance to realize the American dream of owning his or her own land. The uniquely designed Heritage Center was dedicated in 2007 and offers a hilltop vista of the tallgrass prairie much like American pioneers would have seen it. It was established as a national site in 1936.

The reverse design represents the three fundamentals of survival common to all homesteaders: food, shelter and water. Design candidates were developed in consultation with representatives of Homestead National Monument of America.