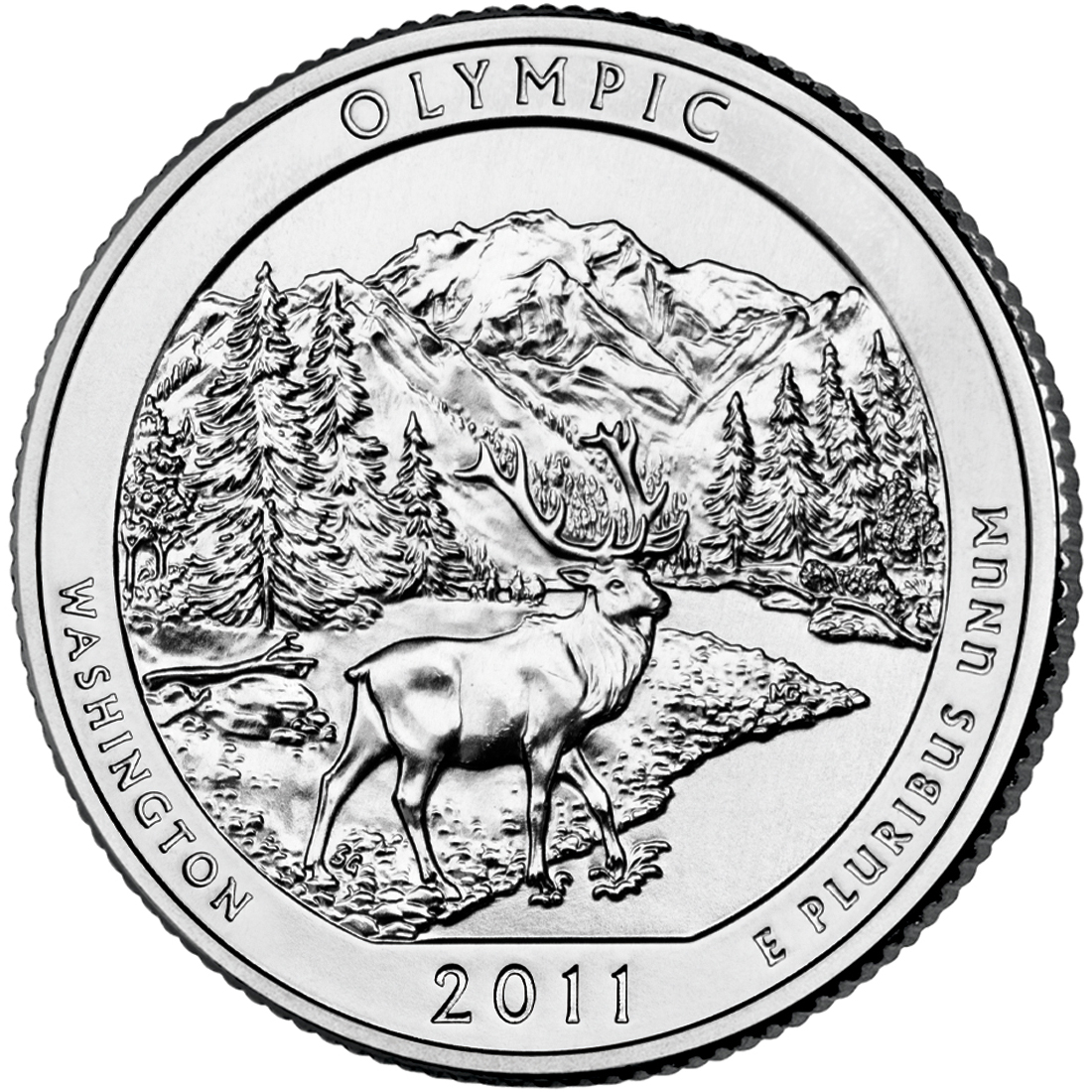 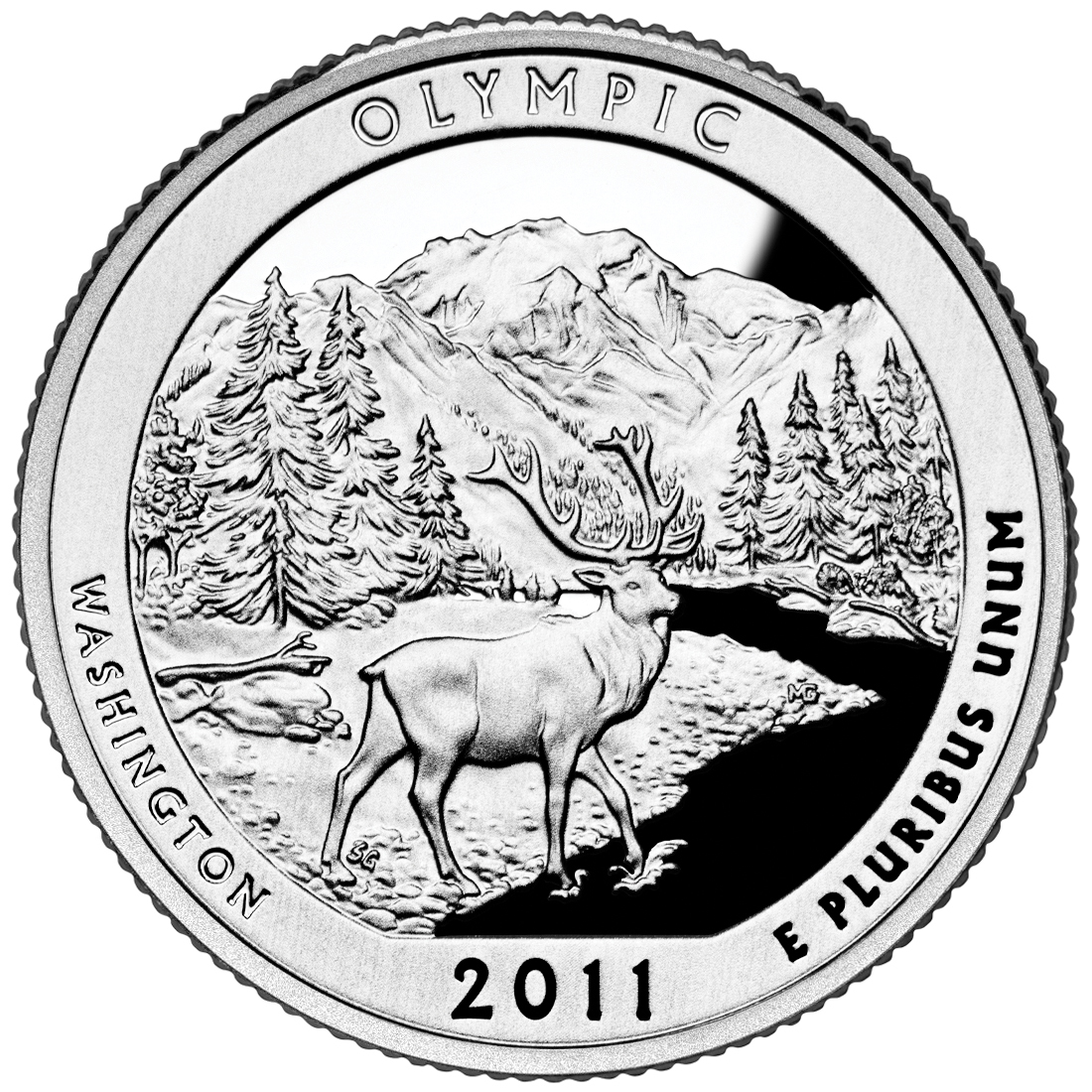 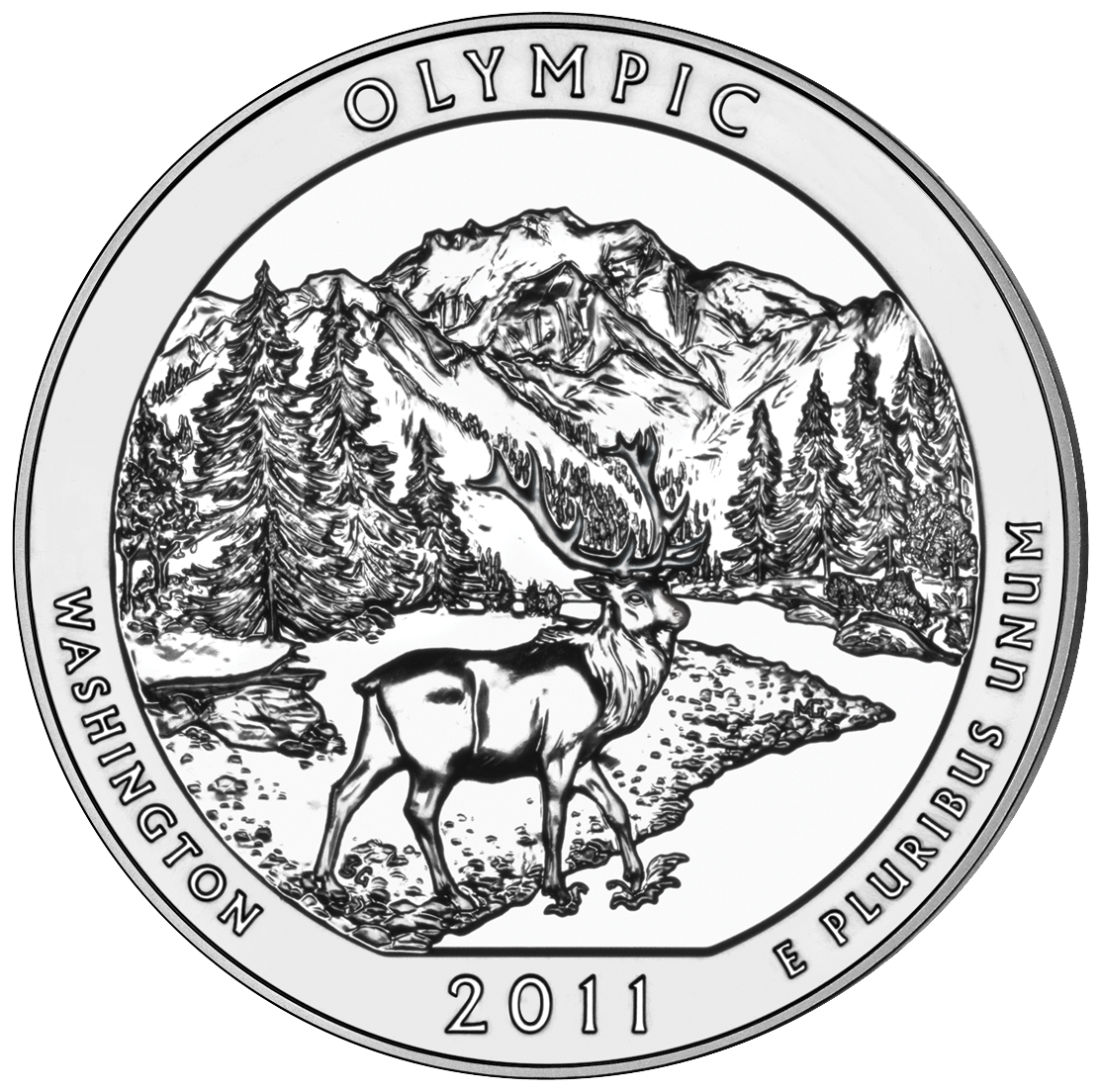 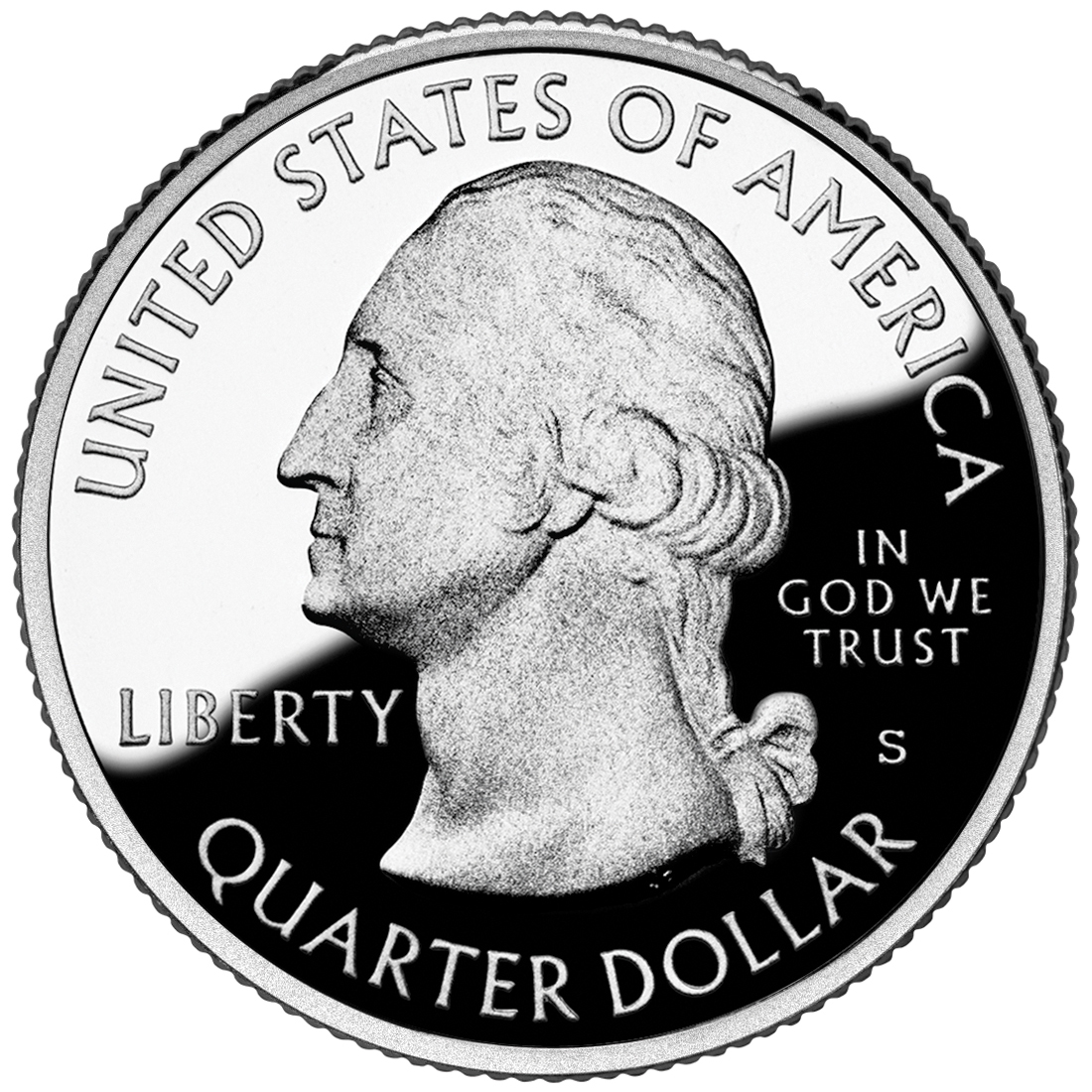 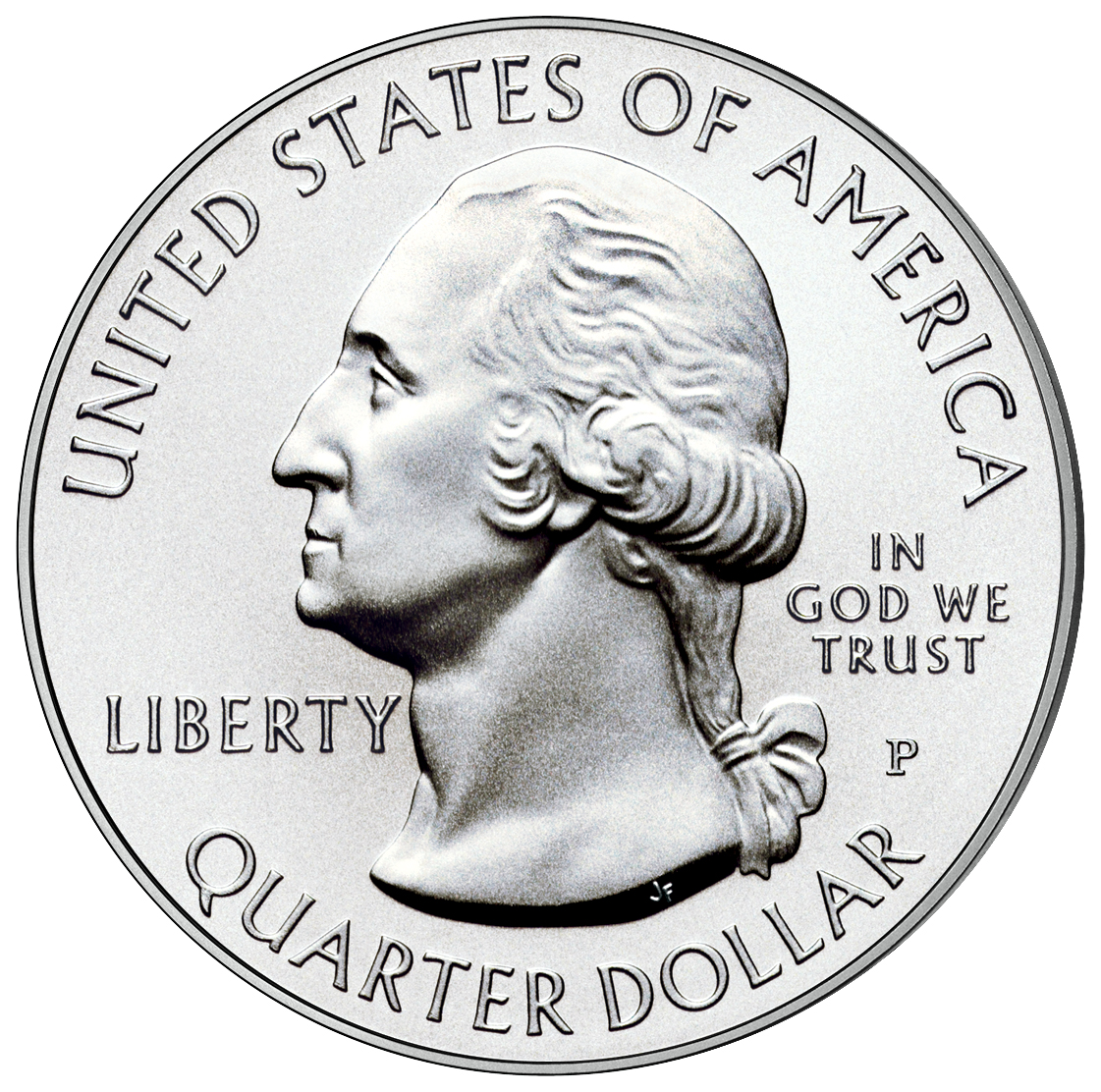 The Olympic National Park quarter is the third to be released in 2011, and the eighth overall in the America the Beautiful Quarters® Program. From glistening tidepools to glacier-capped peaks, Olympic National Park protects more than 70 miles of Pacific Ocean beaches and, less than 33 miles away, the glacier-capped 7,980-foot summit of Mount Olympus that is the heart of the Olympic range. The park consists of coastline, rugged peaks, meadows and lakes, scattered forests and steep forested slopes ending in broad, U-shaped valleys. Geology, climate, isolation, history and sheer size make this nearly 1 million-acre park home to relatively intact ecosystems and a priceless living laboratory for plants and myriad species of animals large and small. It was first established as a national site on February 22, 1897 (29 Stat. 901).

The reverse image depicts a Roosevelt elk standing on a gravel river bar of the Hoh River with a view of Mount Olympus in the background. Design candidates were developed in consultation with representatives of Olympic National Park.