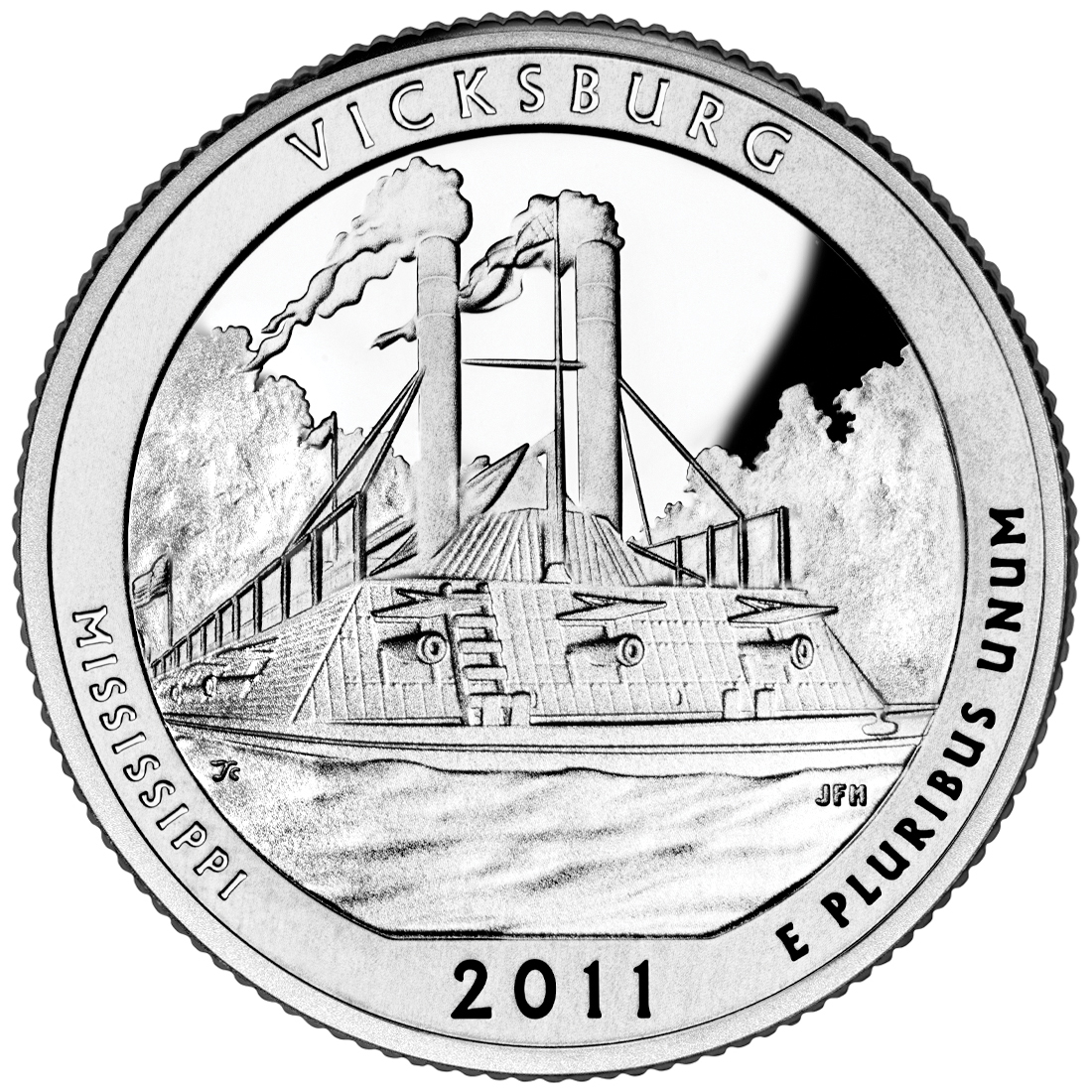 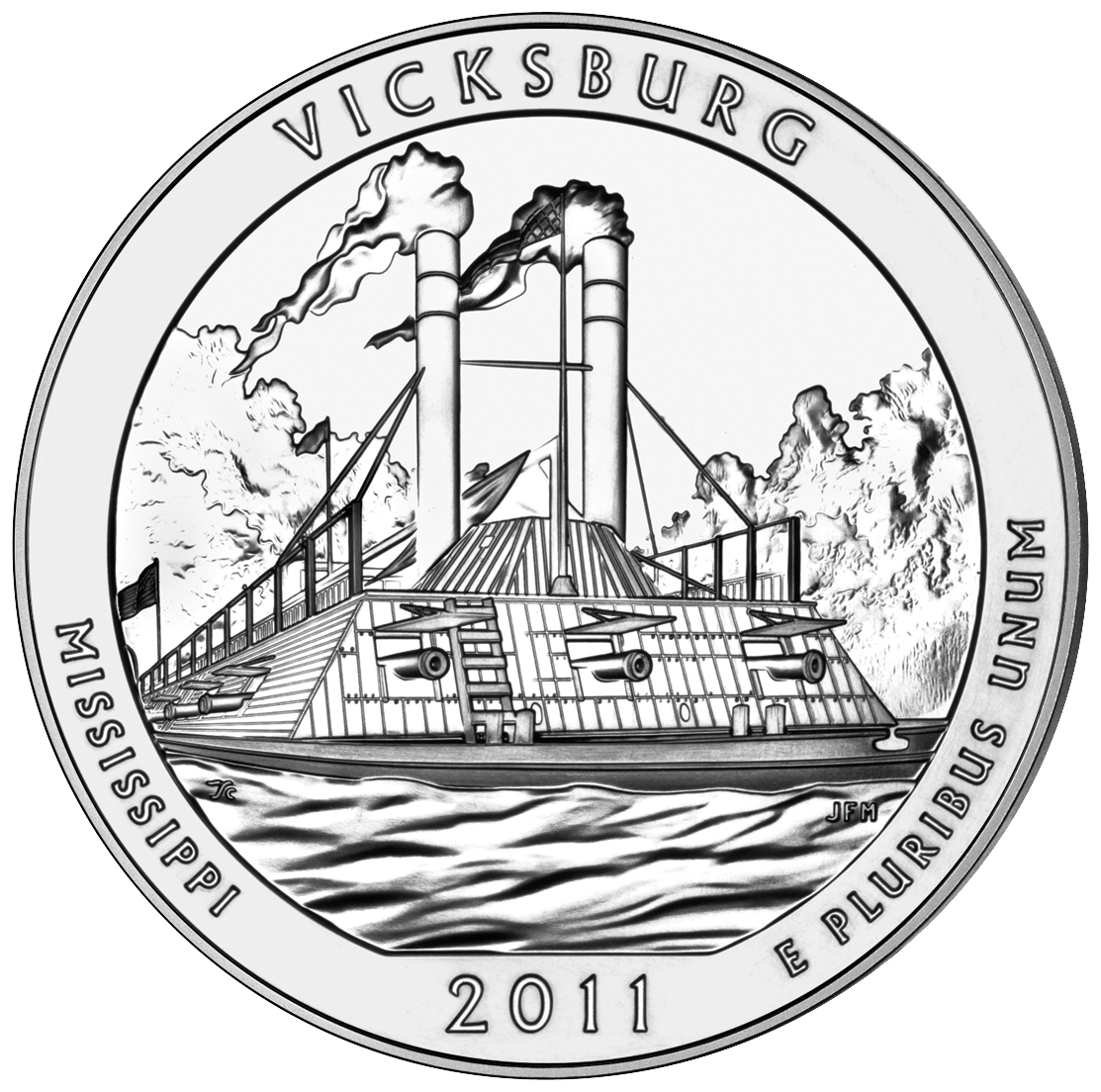 The Vicksburg National Military Park quarter is the fourth released in 2011 and the ninth overall in the America the Beautiful Quarters® Program. The park commemorates one of the pivotal battles of the Civil War — the campaign, siege, and defense of Vicksburg, Miss. Surrender on July 4, 1863, coupled with the fall of Port Hudson, La., split the South, giving control of the Mississippi River to the North. The museum exhibits at the park depict the hardships of civilians and soldiers during the devastating 47-day siege of the city. More than 1,350 monuments, a national cemetery and the restored Union ironclad gunboat, the U.S.S. Cairo, mark the 16-mile tour road. The U.S.S. Cairo was the first warship sunk by an electronically detonated “torpedo,” which ushered in a new age of naval warfare. Vicksburg was first established as a national site on February 21, 1899 (30 Stat. 841).

The reverse image depicts the U.S.S. Cairo on the Yazoo River as it would have been seen when it served the U.S. Navy during the Civil War. Design candidates were developed in consultation with representatives of Vicksburg National Military Park.