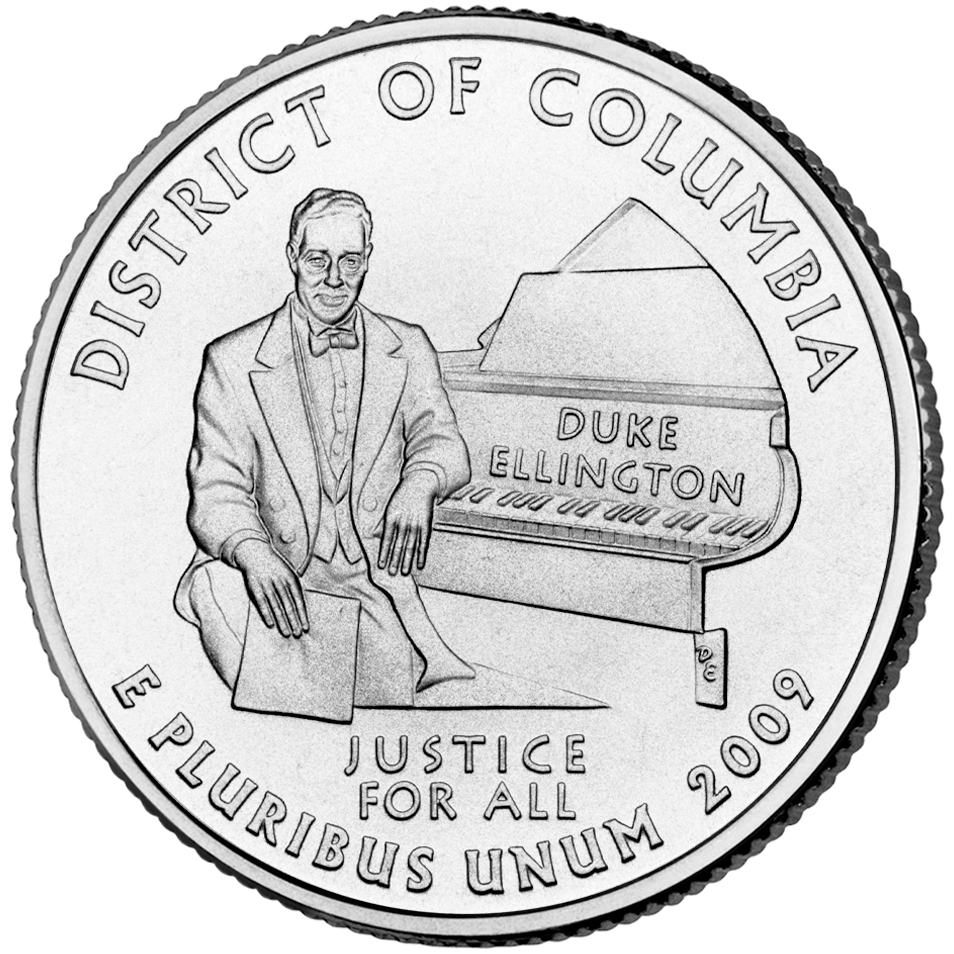 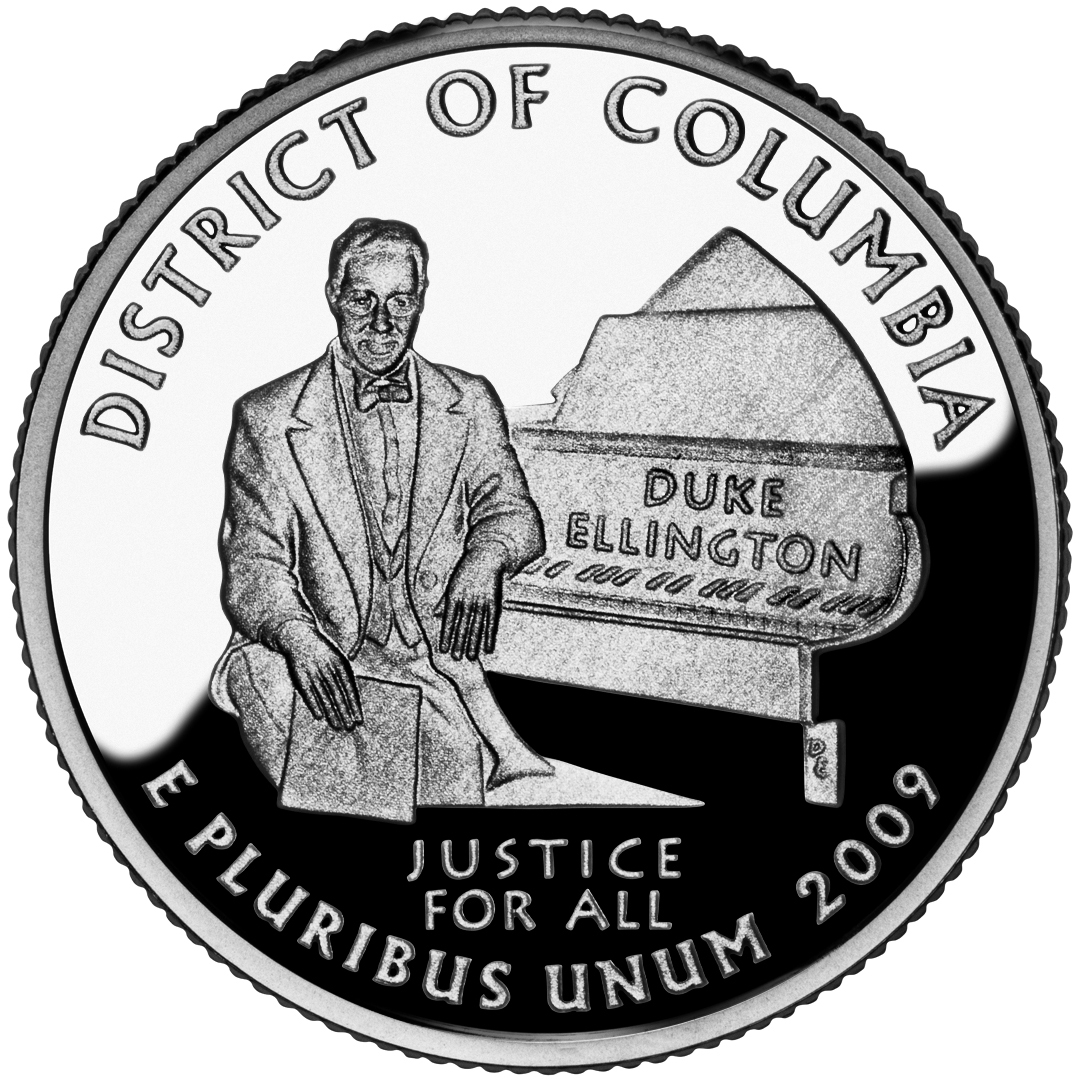 The District of Columbia Quarter Design Advisory Committee, established by Mayor Adrian M. Fenty, solicited and reviewed reverse design narratives from the public. The committee narrowed more than 300 down to three, which were sent to the U.S. Mint for artistic renderings. The three narratives each included an individual from a different century: Duke Ellington; Benjamin Banneker (who assisted with the original DC boundary survey), and Frederick Douglass (the renowned abolitionist and statesman). The artistic renderings were then presented to the District, and the Duke Ellington design was recommended through a public vote. The Secretary of the Treasury approved the design on July 31, 2008.

Edward Kennedy “Duke” Ellington was born into a middle-class family in Washington, DC in 1899. He started piano lessons at the age of seven. He lived in Washington until 1923, when he moved to New York City. He began performing professionally at the age of 17, and once he arrived in New York, started playing in Broadway nightclubs and eventually led his own band. Ellington made hundreds of recordings—some with John Coltrane, Billy Strayhorn, Louis Armstrong and Ella Fitzgerald—making him famous worldwide. Throughout his 50-year career, he returned often to Washington to perform, frequently staying at the Whitelaw Hotel located in his boyhood neighborhood in Washington.

Throughout his life, Ellington received numerous awards and honors, including multiple Grammy® awards. In 1969, he received the Presidential Medal of Freedom in honor of his ability to carry the message of freedom to all the nations of the world through his gift of music and understanding.

The obverse (heads) design features the familiar image of George Washington by John Flanagan, used on the quarter since 1932.