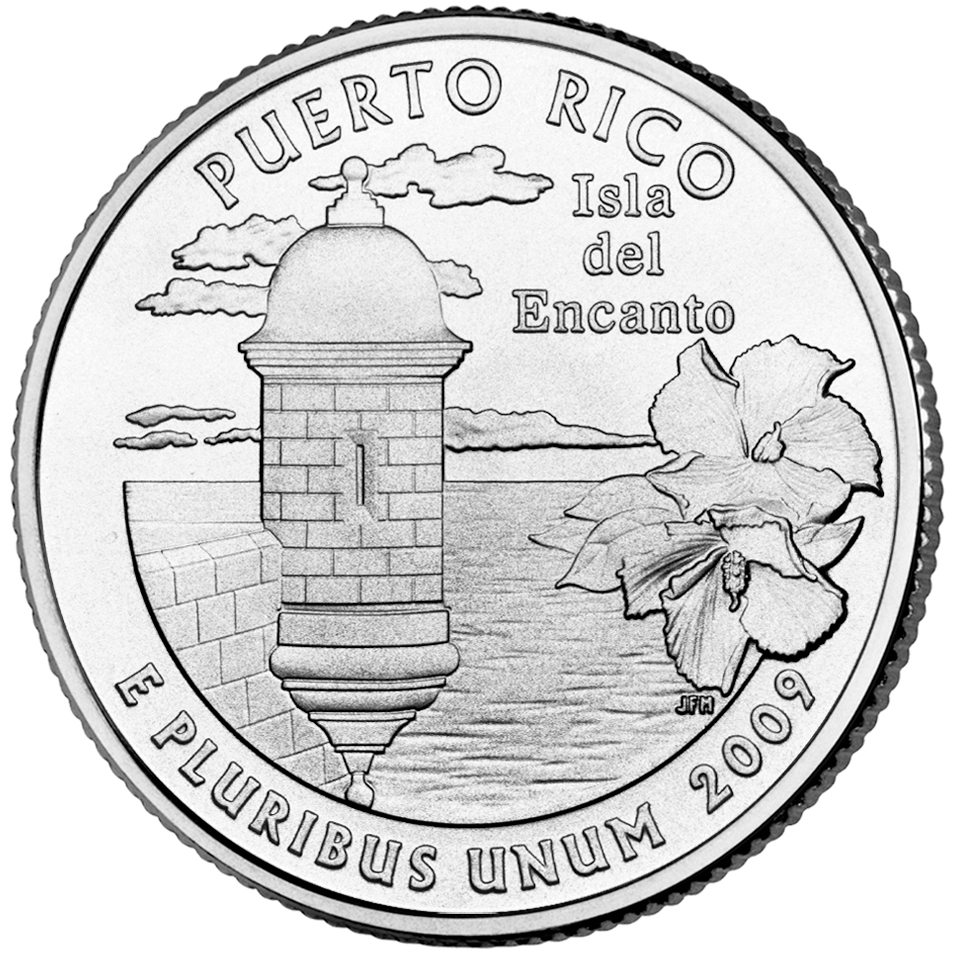 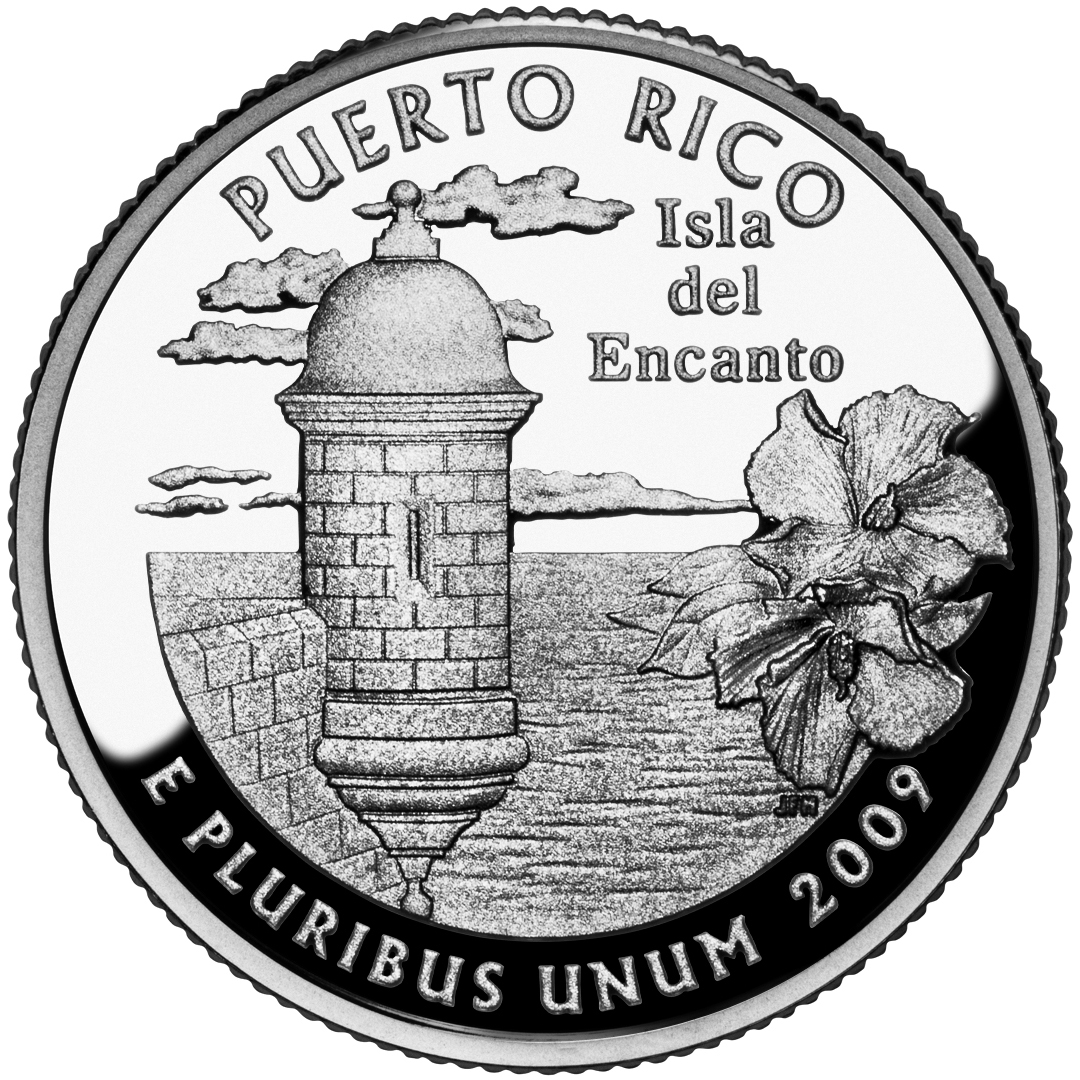 The Puerto Rico quarter is the second in the 2009 District of Columbia and U.S. Territories Quarters Program. Explorer Christopher Columbus arrived at Puerto Rico (“rich port”) in 1493, and it soon became a Spanish colony and important military outpost. Over the years, numerous unsuccessful attempts were made by the French, Dutch and English to conquer the island, but it remained an overseas province of Spain until the Spanish-American War. Under the Treaty of Paris of 1898, it was ceded to the United States, and its residents became American citizens in 1917. On July 3, 1950, Congress passed a law authorizing Puerto Rico to draft its own constitution, and it officially became a United States commonwealth on July 25, 1952.

One of the most characteristic elements of San Juan, Puerto Rico, is its massive belt of walls of stone, built by the Spaniards in the early 16th century to protect the capital city from attacks from the sea. Of particular interest on these walls, which symbolize Puerto Rican strength and fortitude, are the sentry boxes, placed at strategic points along the walls. The sentry box and the walls of San Juan represent Puerto Rico’s rich history, geographical location and defensive role. The Puerto Rico quarter features a historic sentry box and a hibiscus flower.

A commission established by Puerto Rico Governor Aníbal Acevedo-Vilá and chaired by the director of the Puerto Rico Culture Institute developed two reverse design narratives emblematic of the territory—the sentry box and one featuring the Palacio de Santa Catalina (Santa Catalina Palace), today the official residence of the governor. These narratives were forwarded to the United States Mint for the production of artistic renderings, which were then proposed to the commonwealth. Governor Acevedo-Vilá recommended the sentry box design, and the Secretary of the Treasury approved it on July 31, 2008.