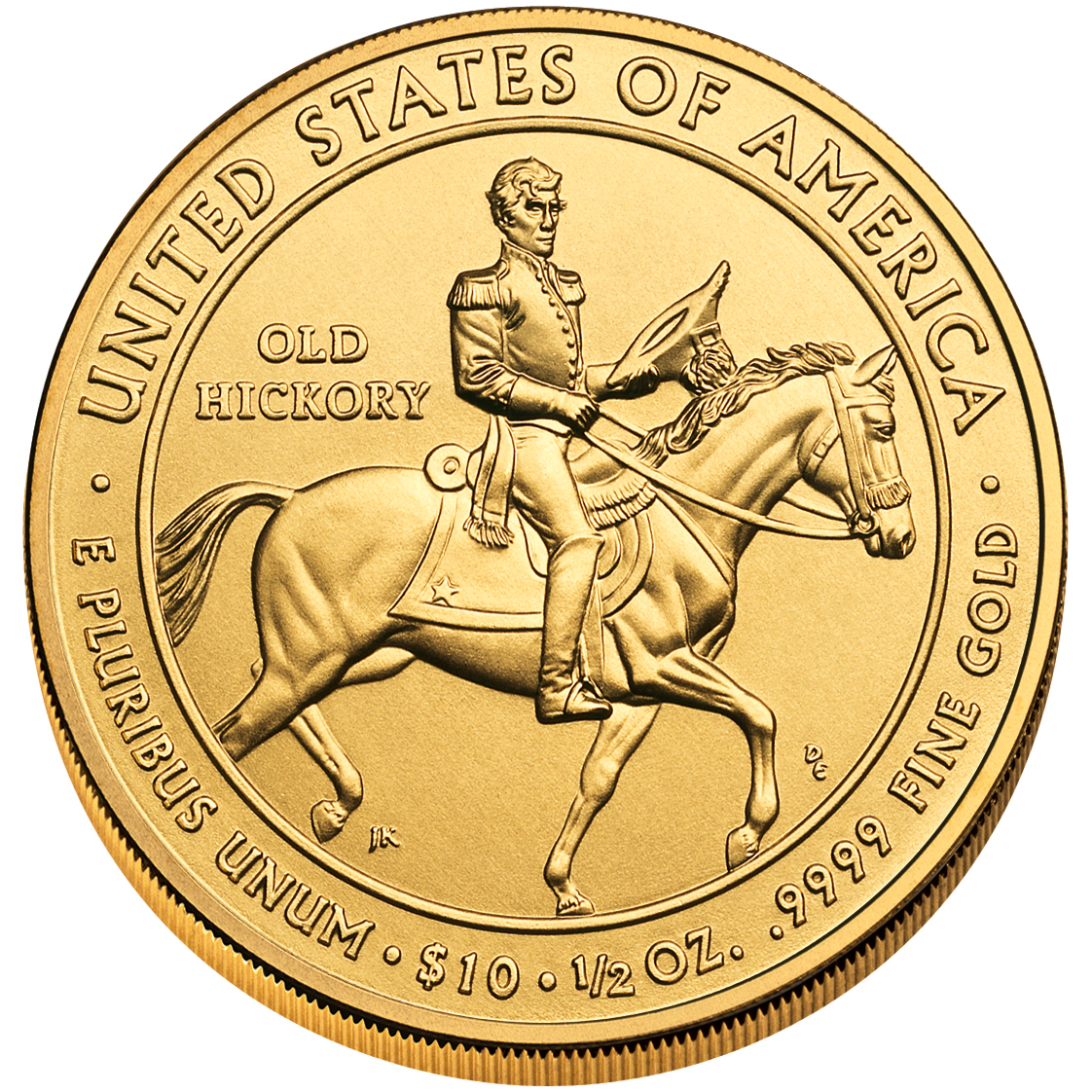 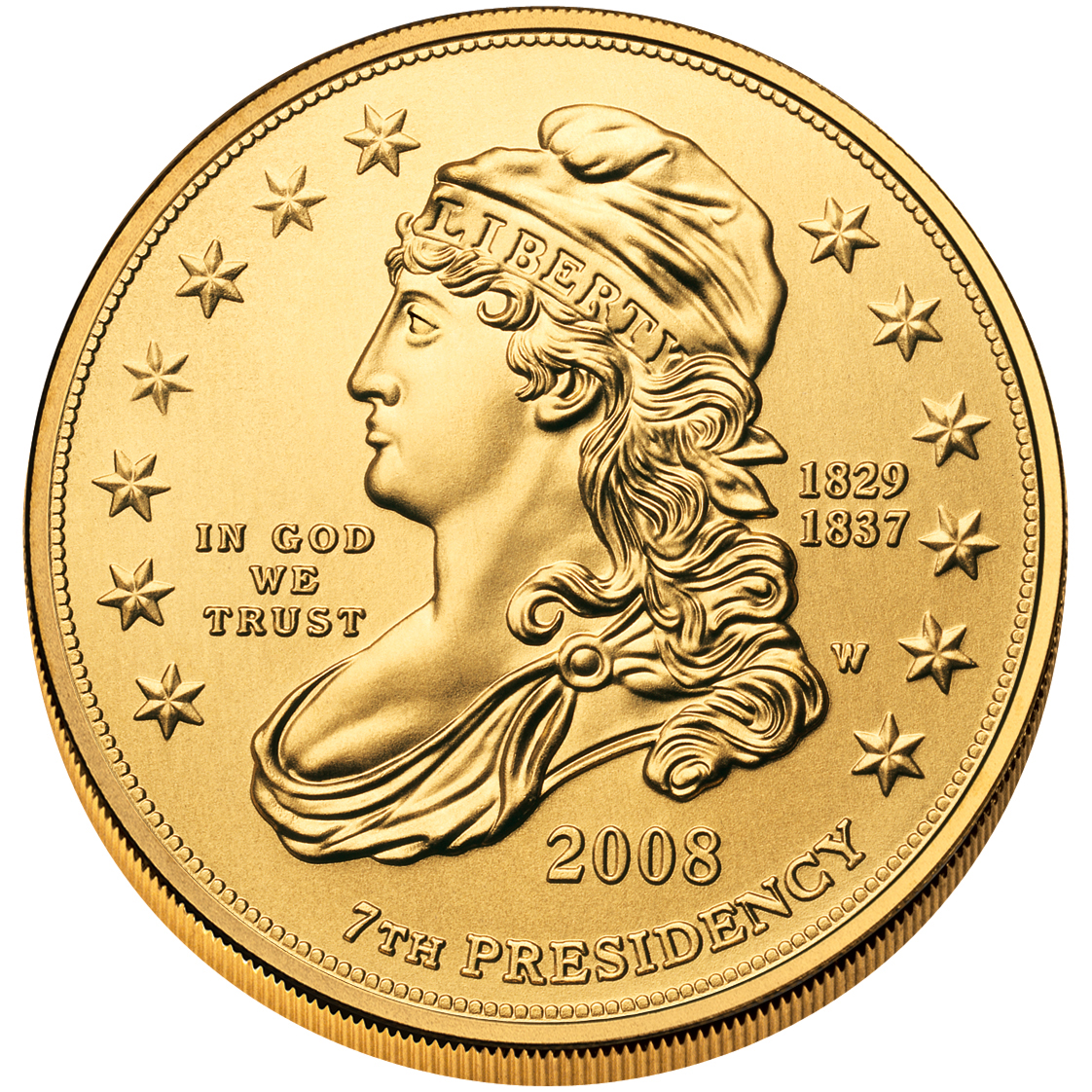 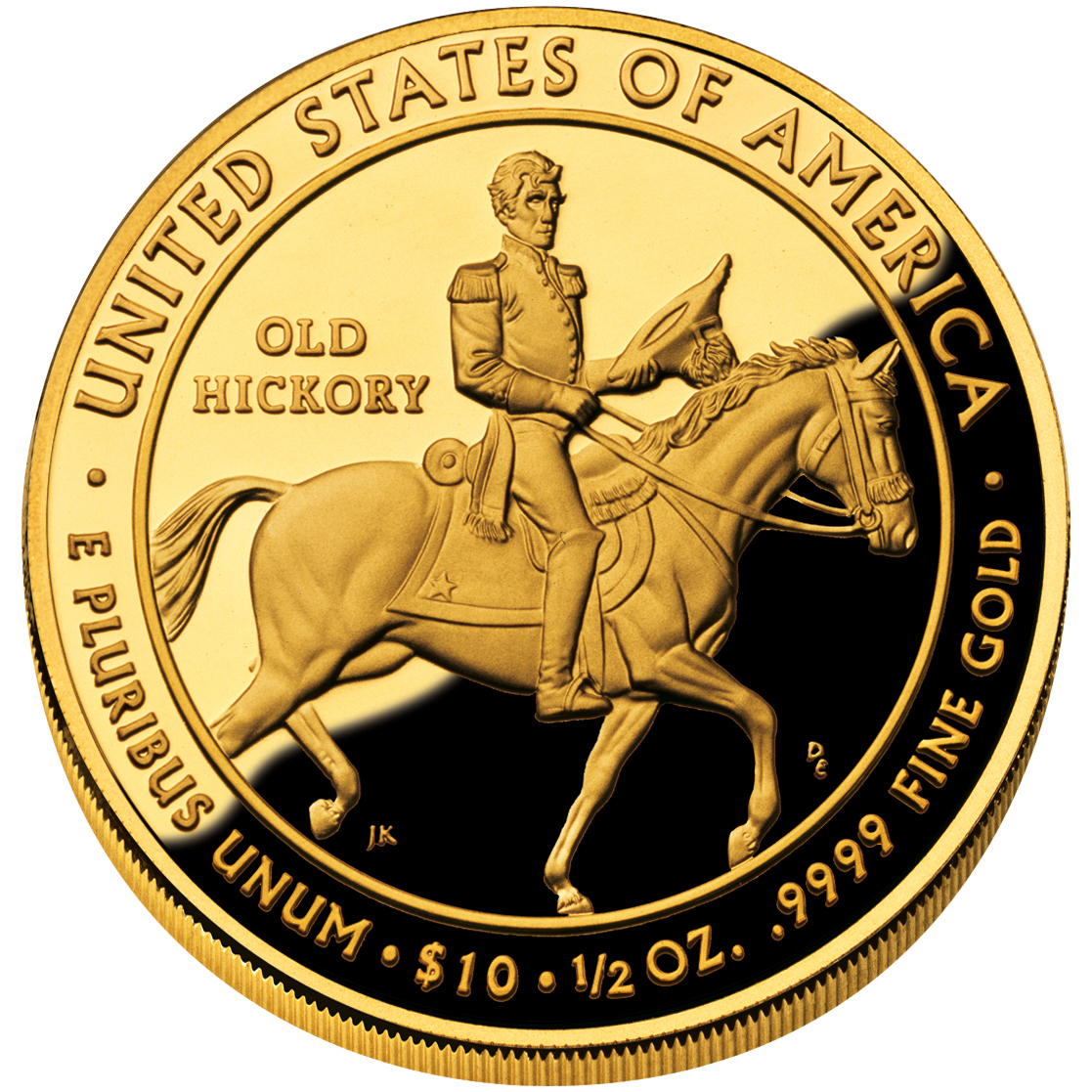 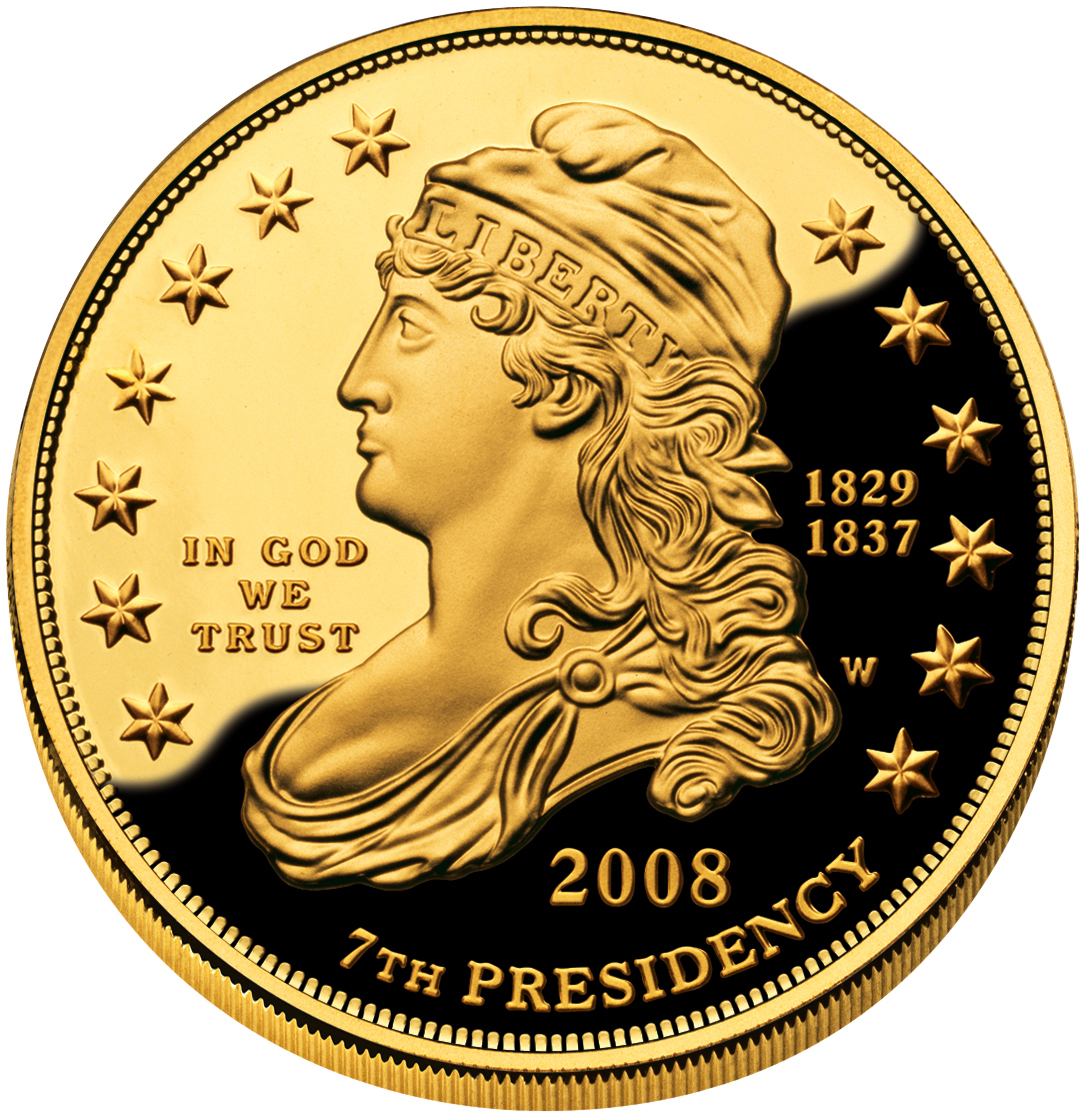 The Presidential $1 Coin Act of 2005 contains a provision to provide continuity of the First Spouse Gold Coin Program during those times in which a president served without a first spouse. This provision applies to Andrew Jackson, whose wife Rachel died in December 1828, just a few months before his presidential inauguration.

The gold coins issued to accompany any president who served without a spouse will each feature a design emblematic of Liberty on its obverse, as depicted on a United States coin issued during the President’s time in office. For Andrew Jackson’s presidency, the selected image appeared on the Capped Bust, Lettered Edge Half-Dollar coin from 1807–1836, and was originally executed by United States Mint Engraver John Reich.

Andrew Jackson, known as “Old Hickory,” is remembered as a war hero who led a force of approximately 4,000 American troops against a British Army more than twice that size and emerged victorious in January 1815 at the Battle of New Orleans. Although a treaty had been signed at Ghent, Belgium, weeks earlier, the news had not reached either army, and the American troops’ victory at the Battle of New Orleans helped secure that crucial southern sea port as part of the first successful military defense of the country’s national sovereignty.