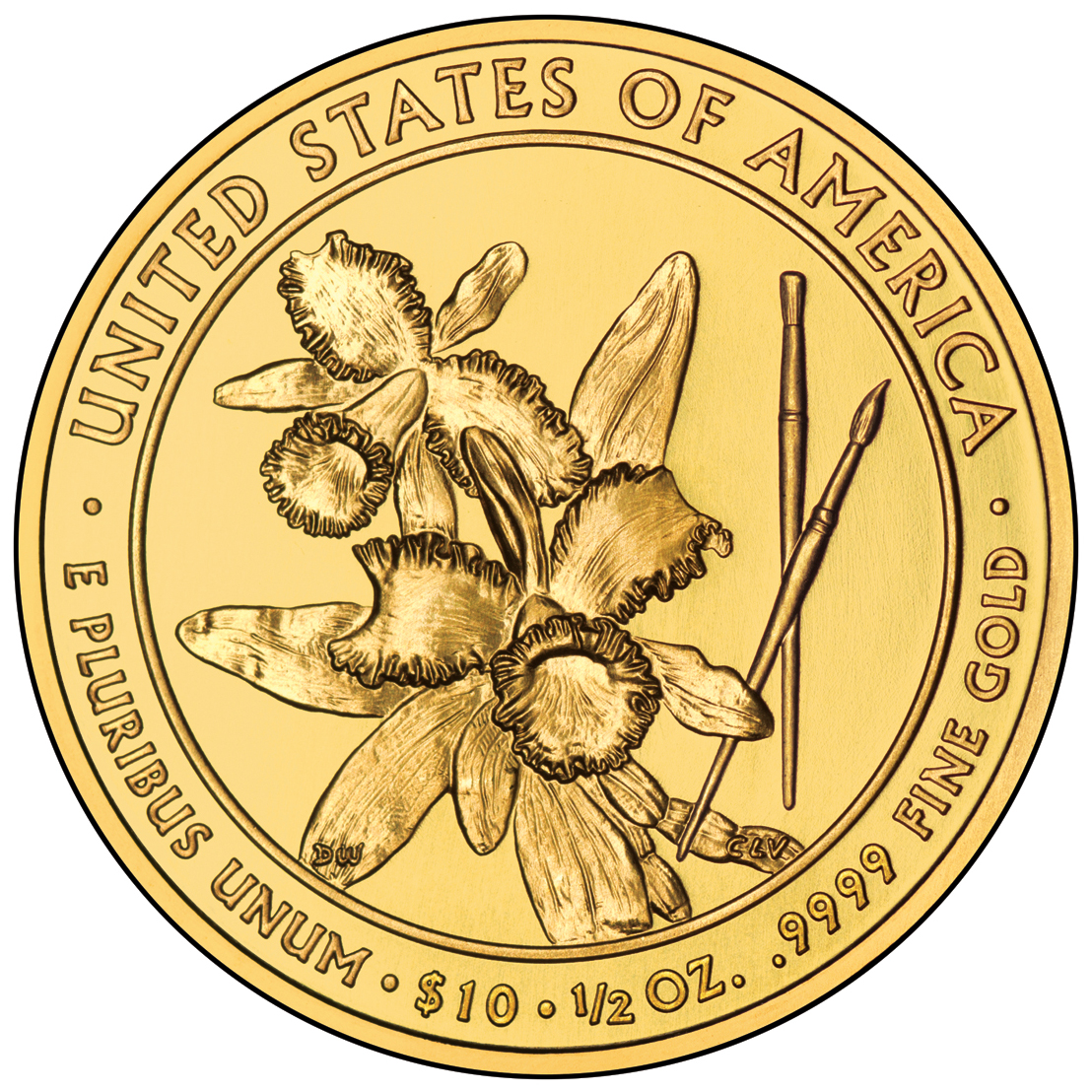 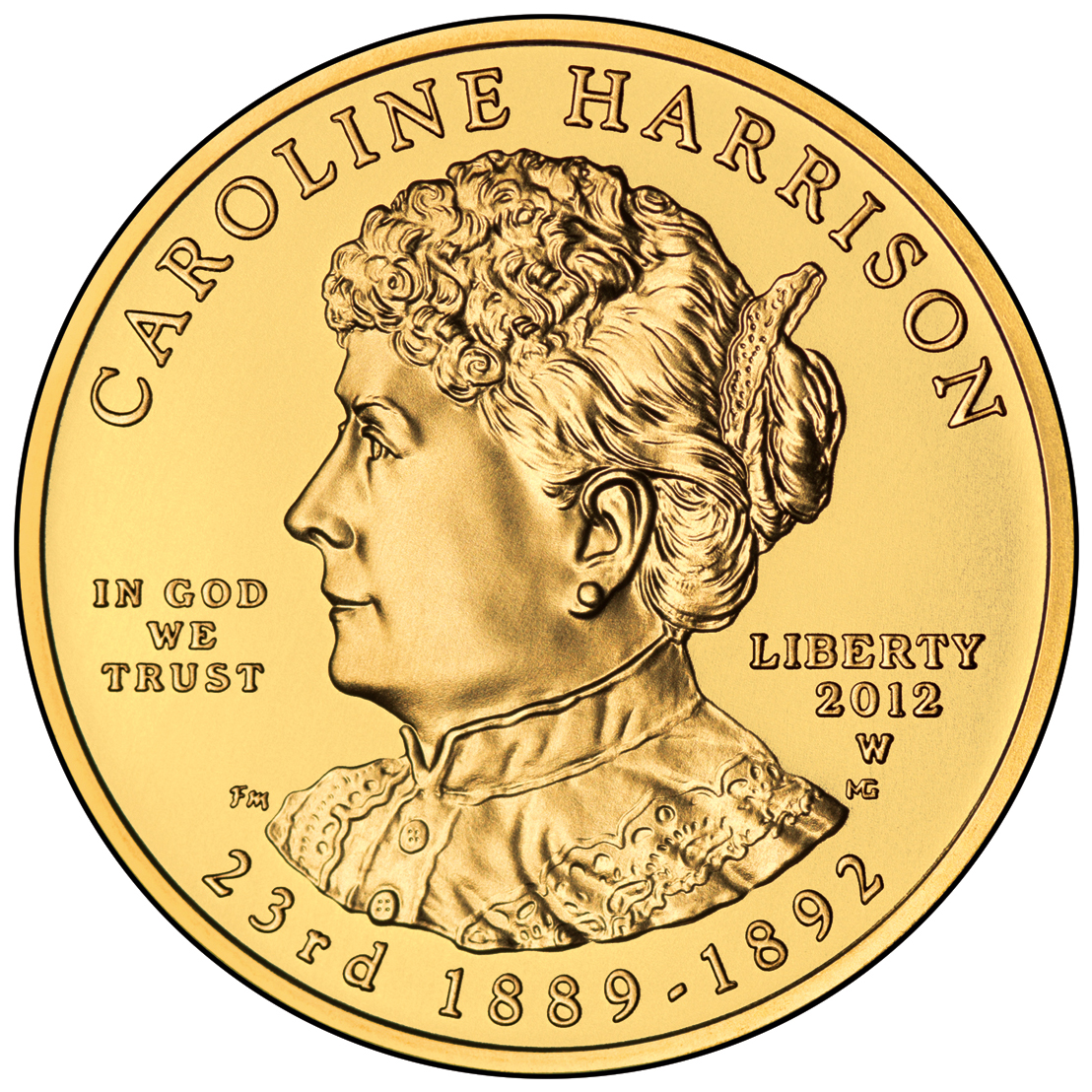 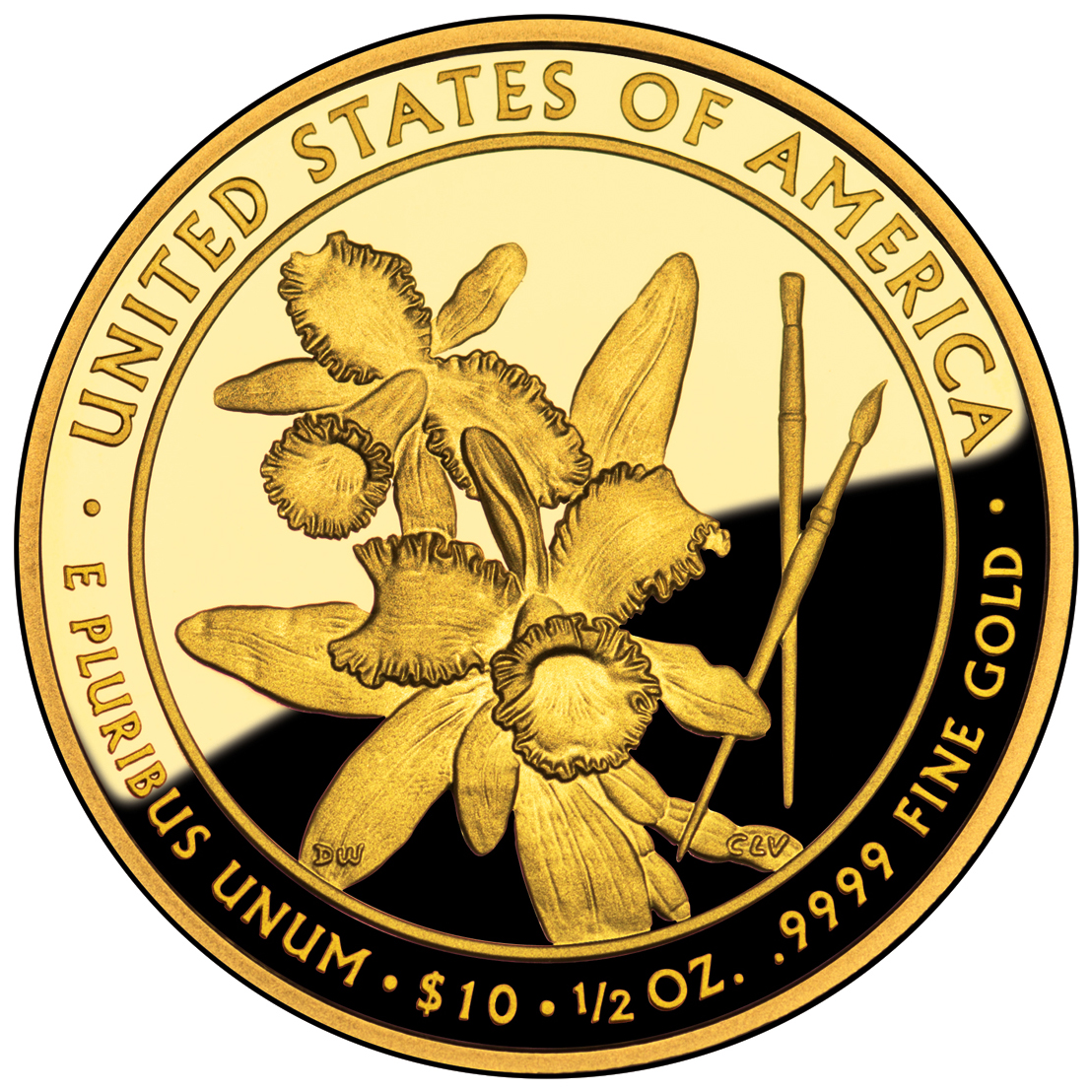 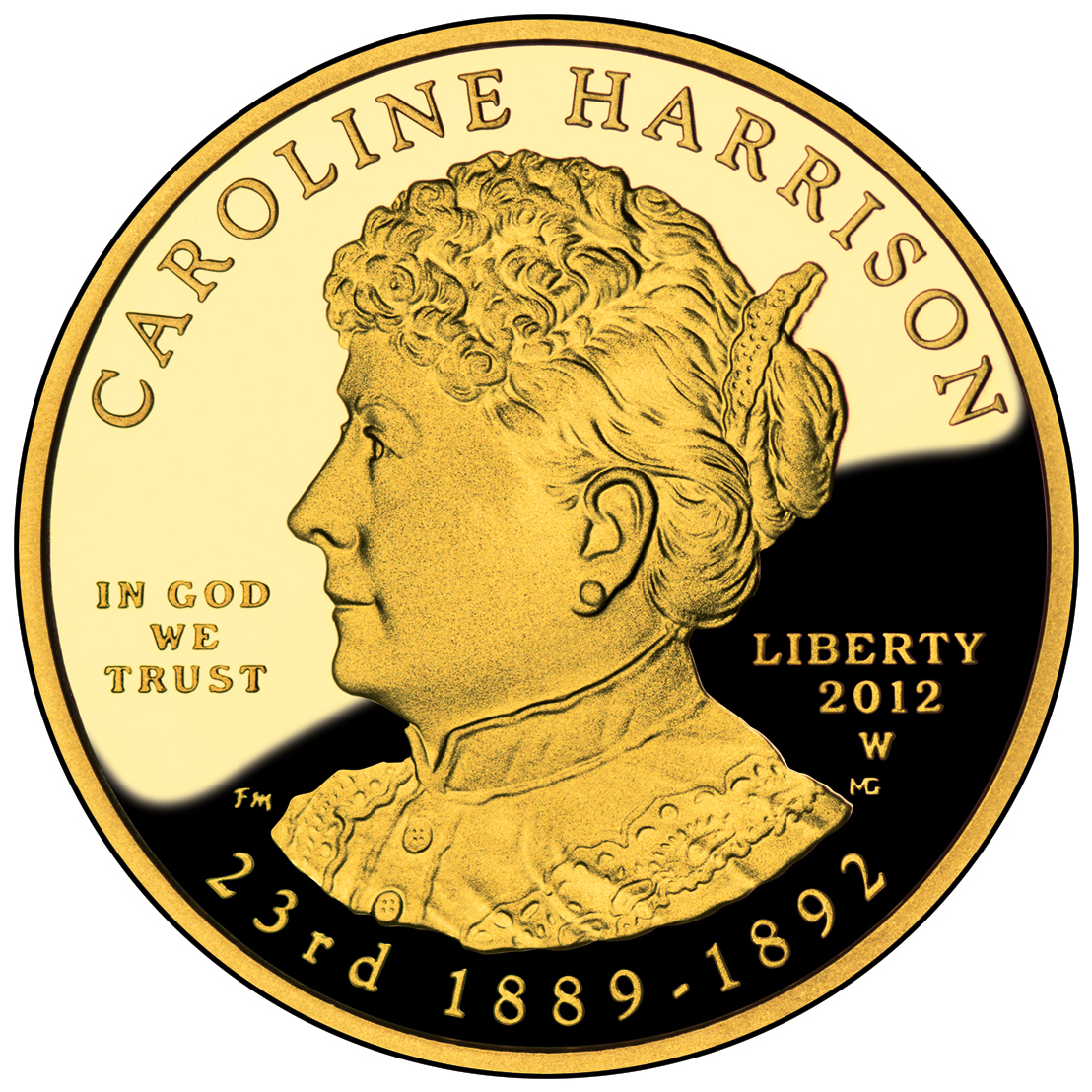 Caroline Lavinia Scott Harrison was born October 1, 1832, in Oxford, Ohio. She enjoyed painting for recreation, including china painting, which became one of her passions when she taught ceramic painting at her church. Along with her German teacher, Paul Putzki, she taught china painting classes. The classes were made up of Washington wives and daughters. She painted a “White House Orchid” with water colors and dedicated it to “mothers, wives, and daughters of America.” She decorated White House candlesticks, milk sets, platters and other pieces, as well as those owned by women in Washington wanting a White House memento. Her signature was a tiny four-leaf clover.

The reverse represents Mrs. Harrison's love of flowers, depicting a close-up of an orchid and paint brushes.