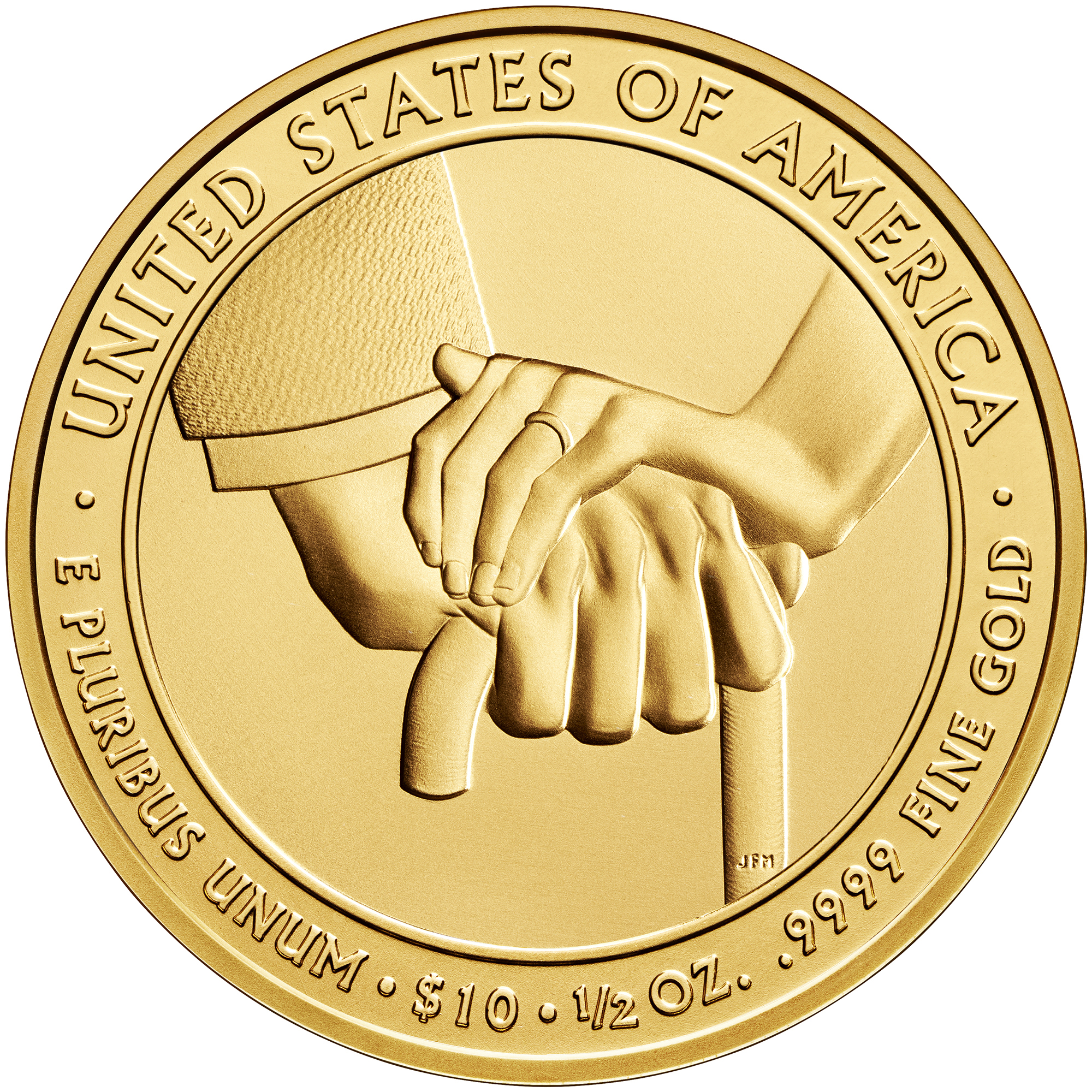 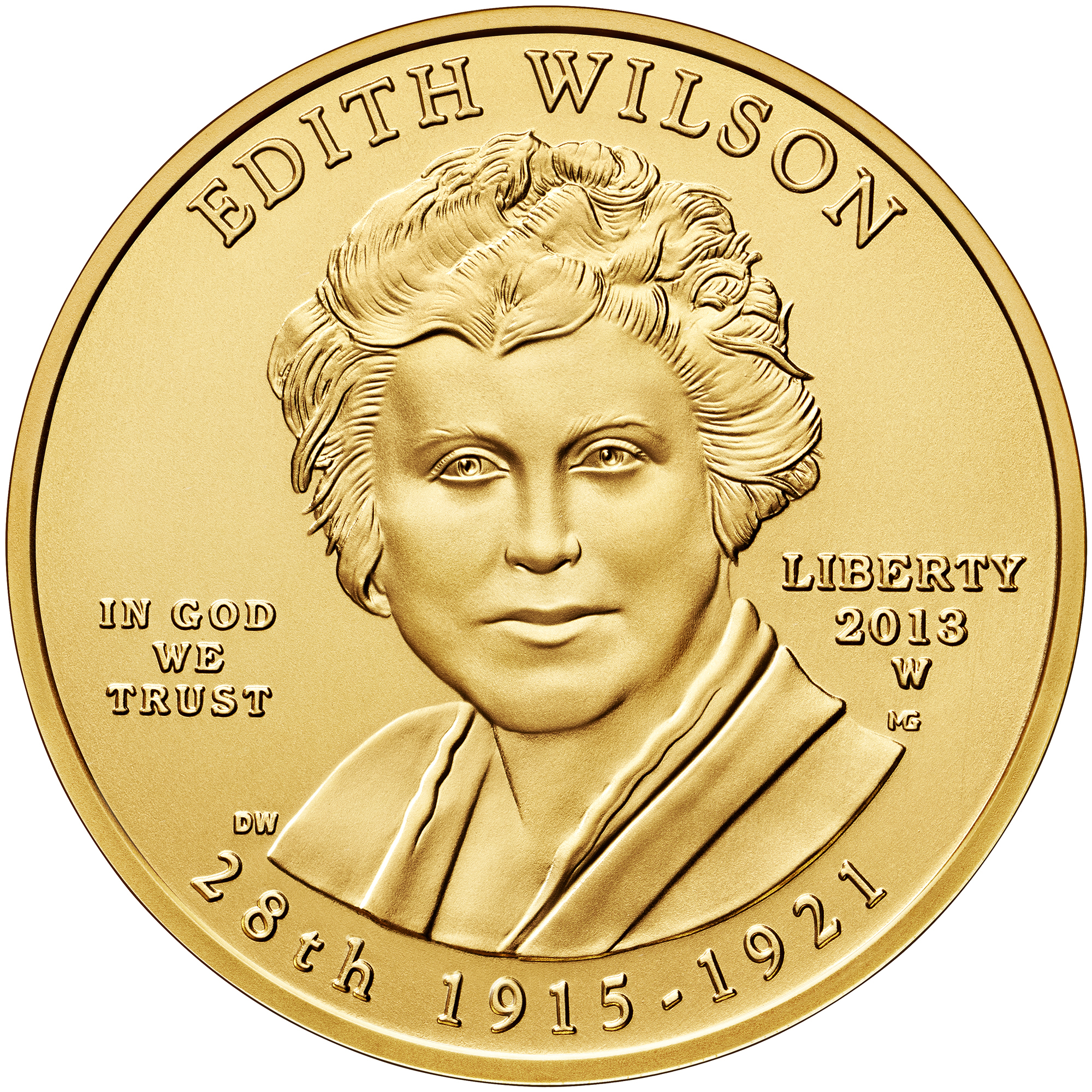 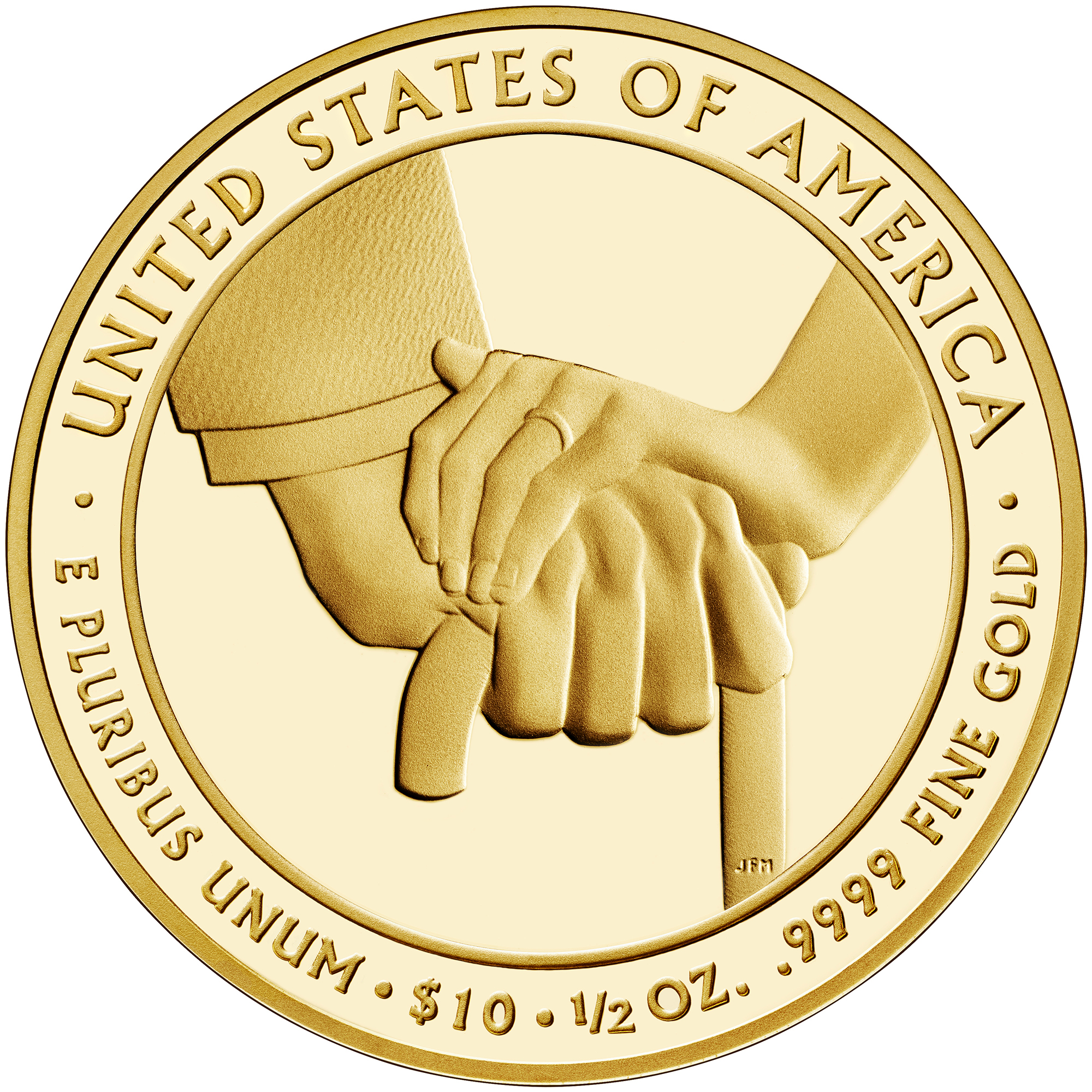 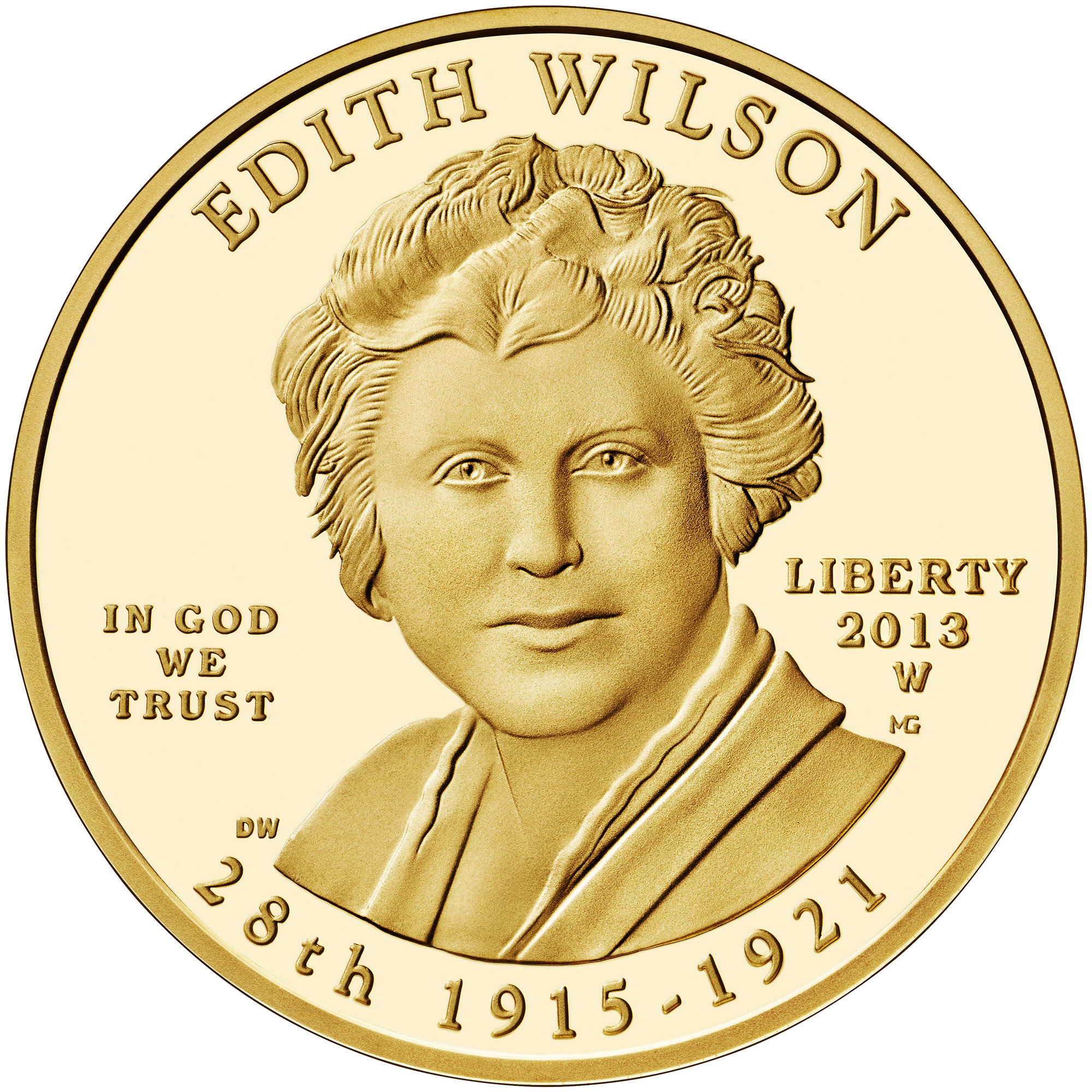 Edith Bolling Galt Wilson was born in Wytheville, Virginia, on October 15, 1872. At 15, she went to Martha Washington College to study music and later to a smaller school in Richmond. She married her first husband, Norman Galt, in 1896, and he died unexpectedly in 1908. Through friends, she met President Wilson and they married on December 18, 1915. She is often described as America’s first woman president because of the important role she played after her husband’s massive stroke in 1919. She chose which visitors he saw and what papers he read, though she insisted she never made a single decision on public affairs. After they left the White House in 1921, President and Mrs. Wilson lived in a comfortable home in Washington, where he died in 1924. She lived on there nearly 40 years until December 28, 1961, the anniversary of her husband’s birthday.

The reverse depicts Mrs. Wilson supporting her husband, who had suffered a massive stroke. His right hand holds a cane, while her left hand rests warmly on his.