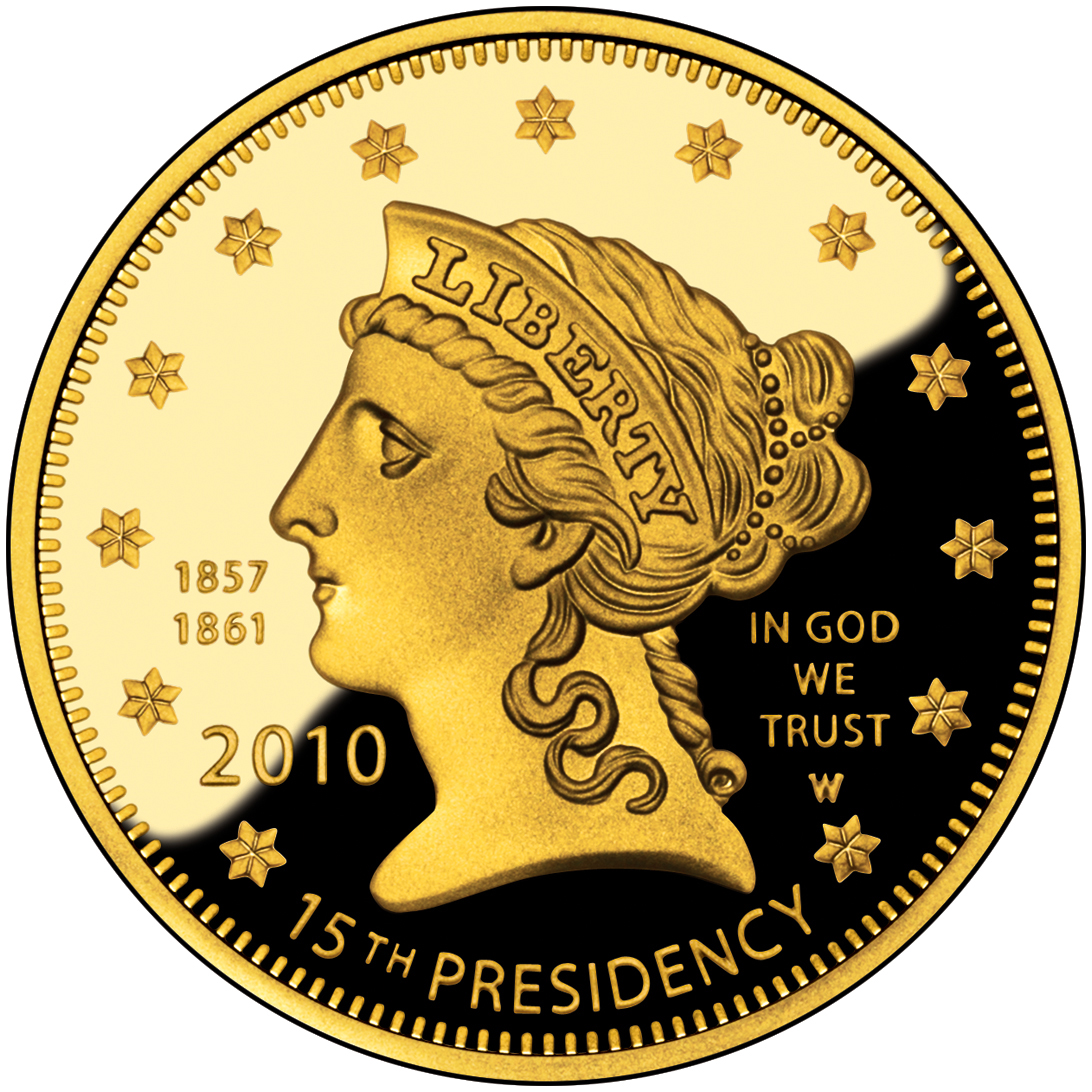 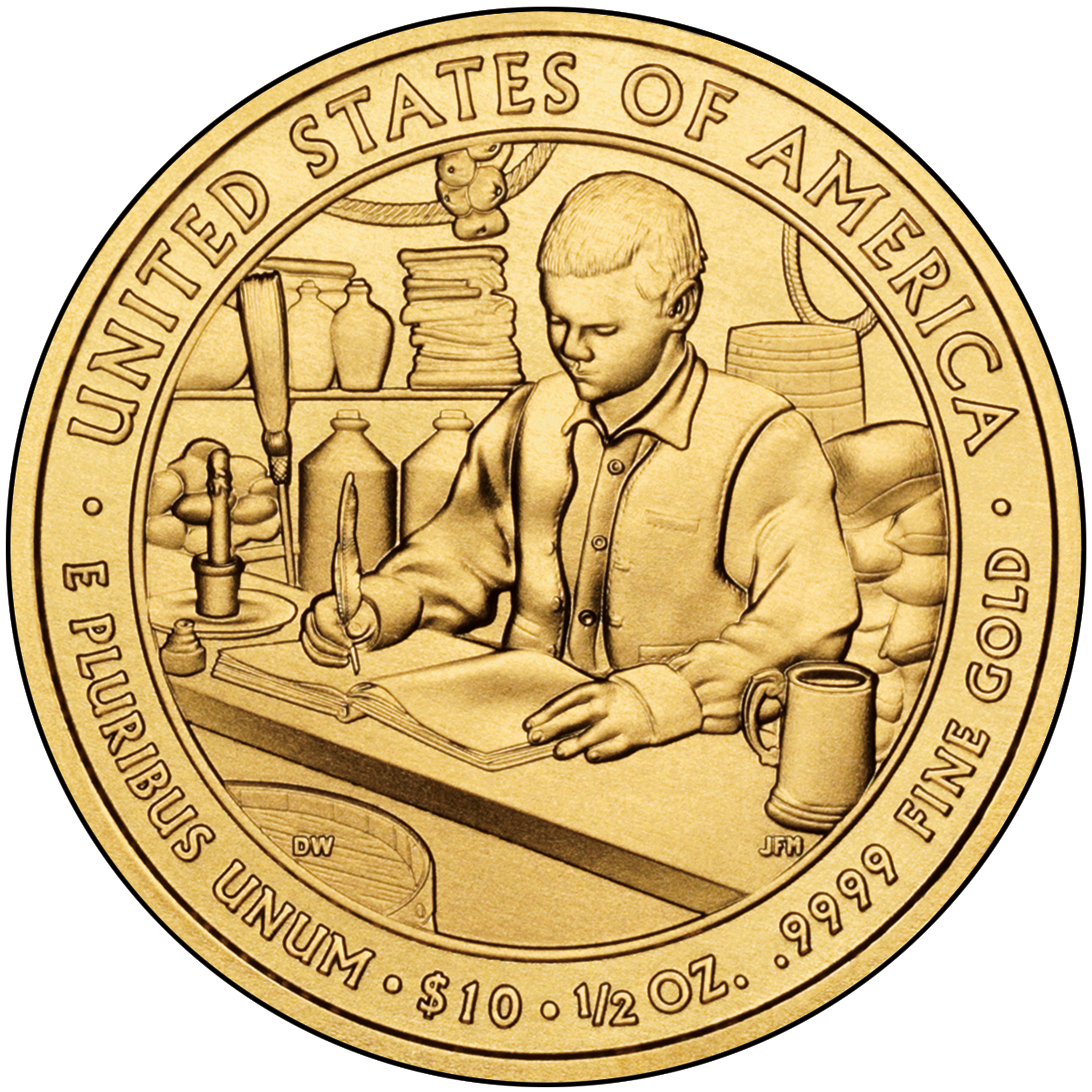 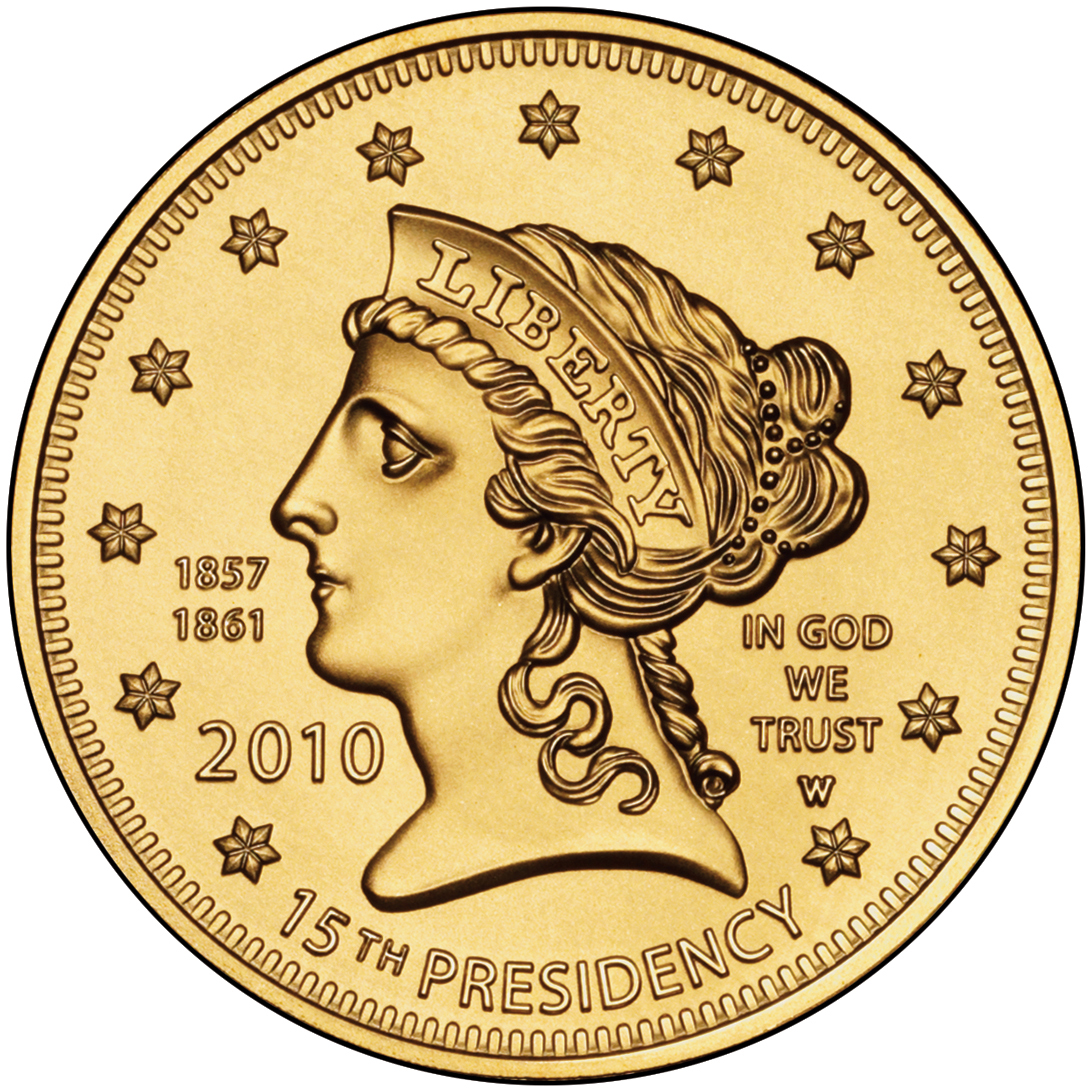 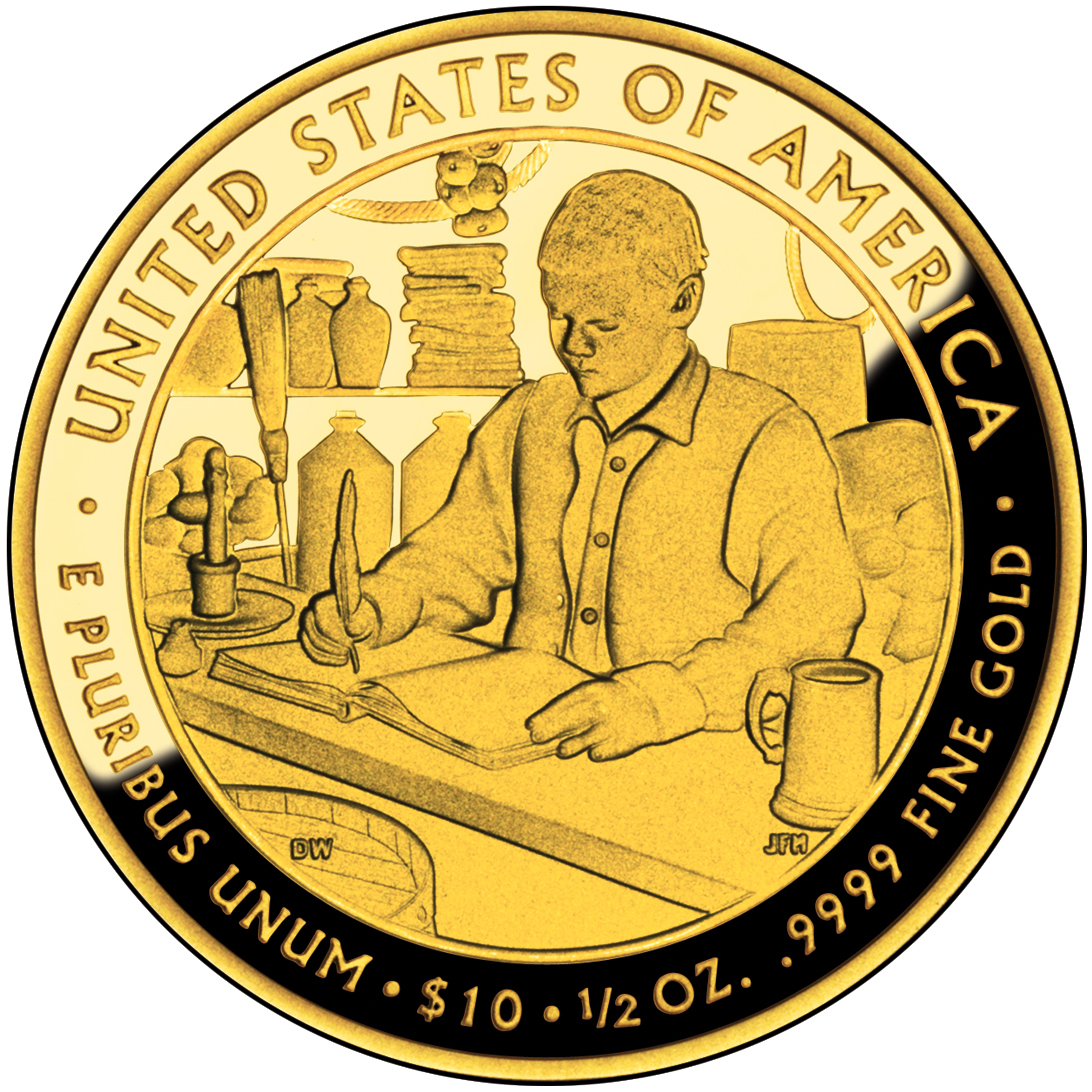 The Presidential $1 Coin Act of 2005 contains a provision to provide continuity of the First Spouse Gold Coin Program during those times in which a president served without a first spouse. This provision applies to James Buchanan, who was not married.

The gold coins issued to accompany any president who served without a spouse will each feature a design emblematic of Liberty on its obverse, as depicted on a United States coin issued during the President’s time in office. For James Buchanan’s presidency, the selected image appeared on the Liberty Head Quarter Eagle designed by Christian Gobrecht, minted and issued from 1840 through 1907.

The reverse (tails) design depicts the future President as a boy working as a bookkeeper in his family's small country store.