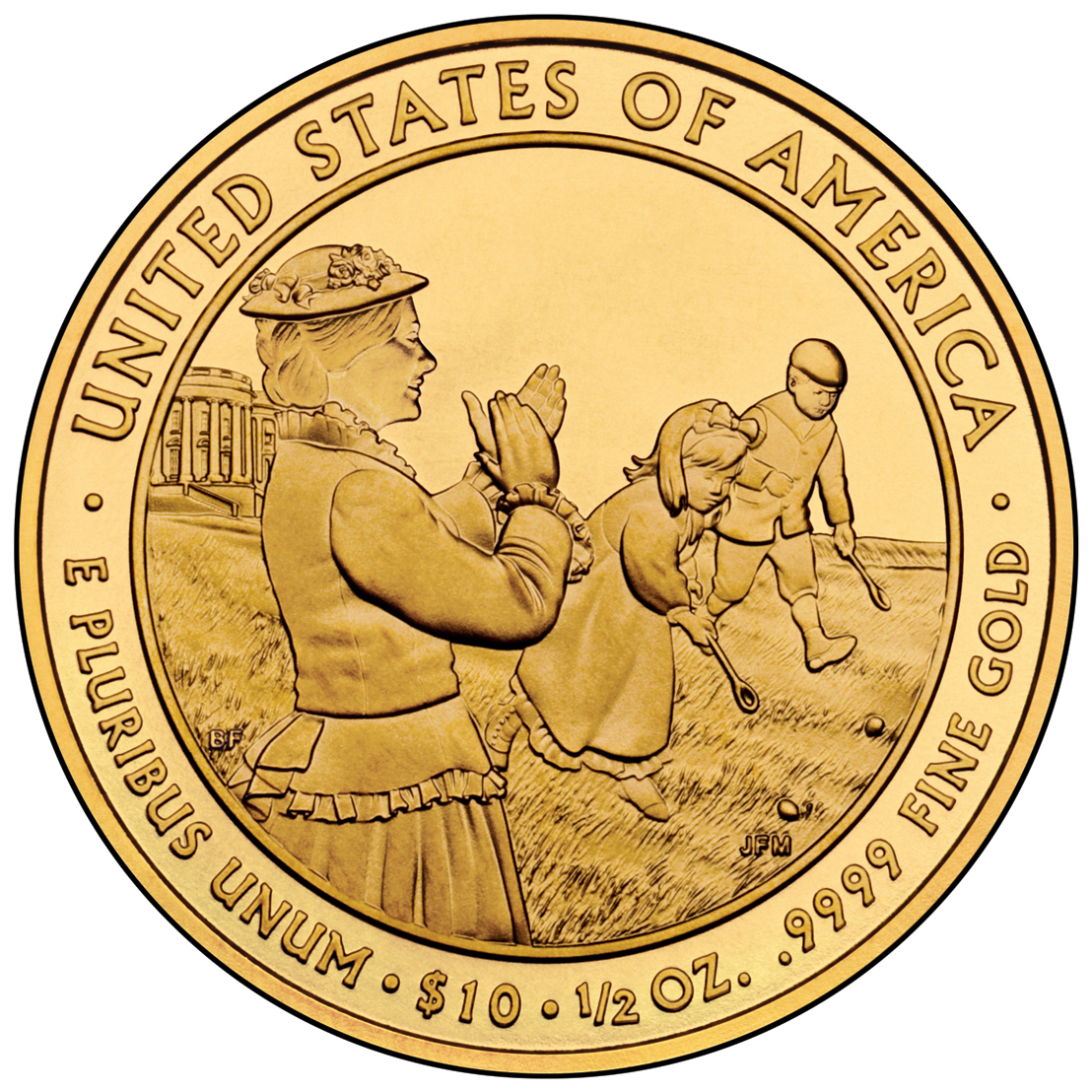 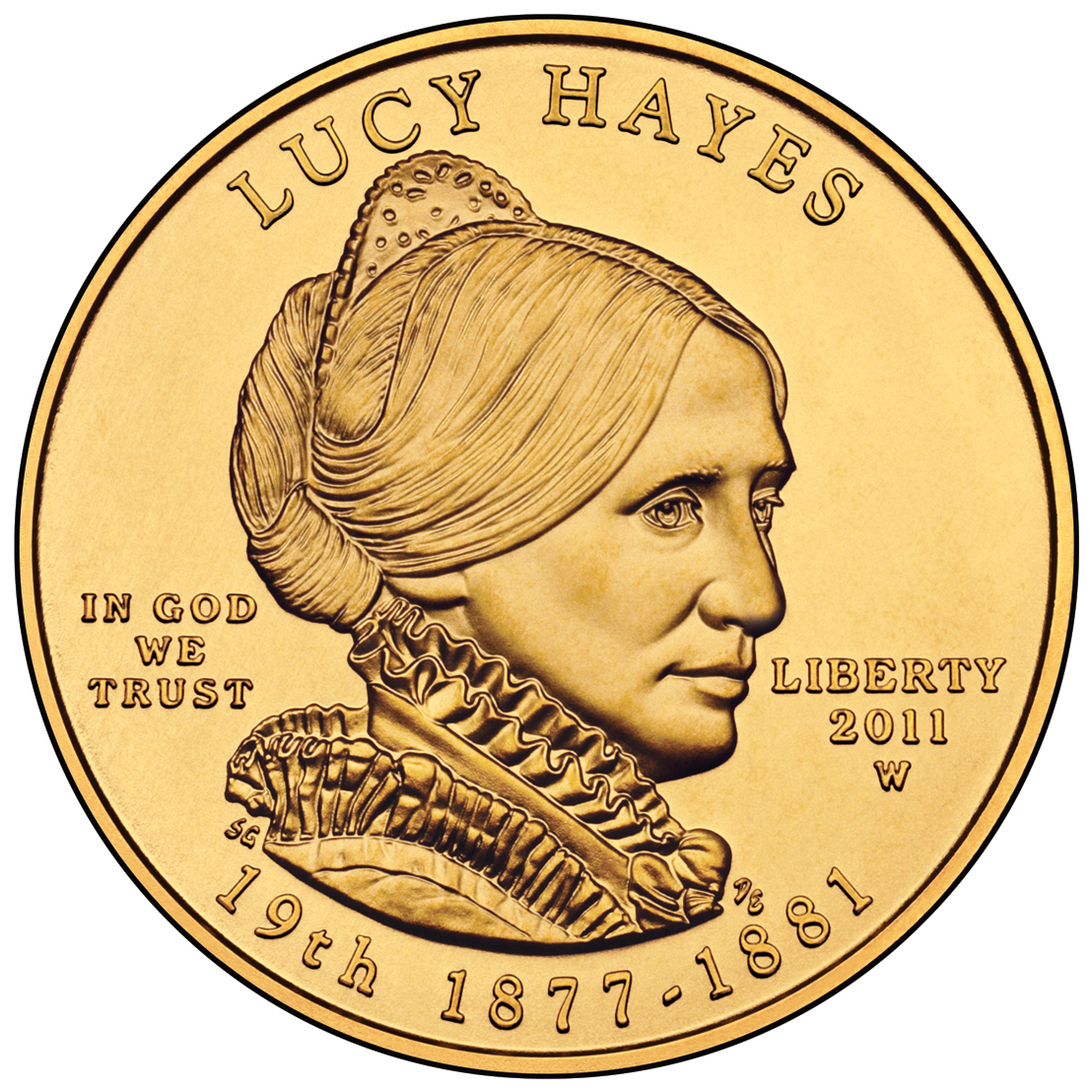 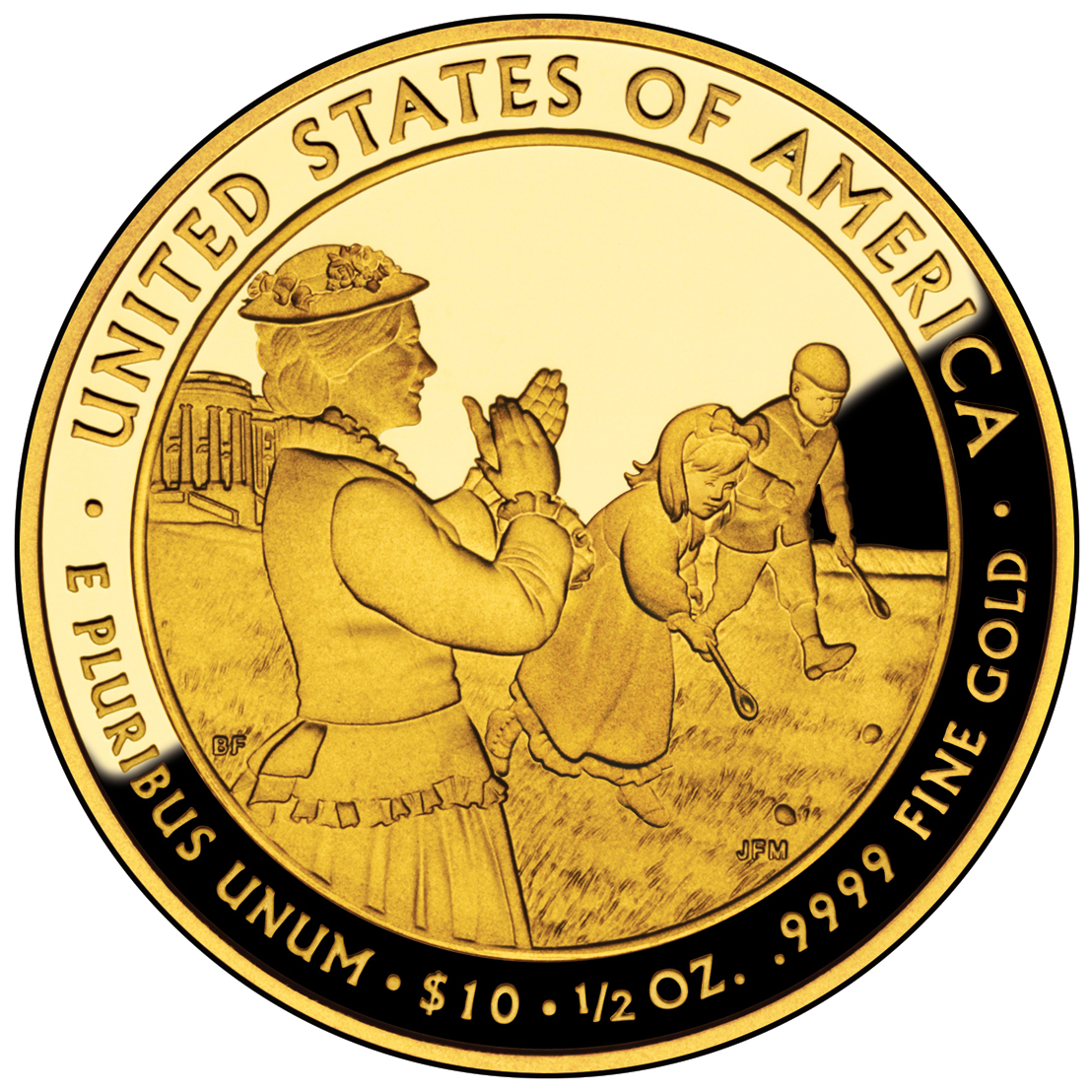 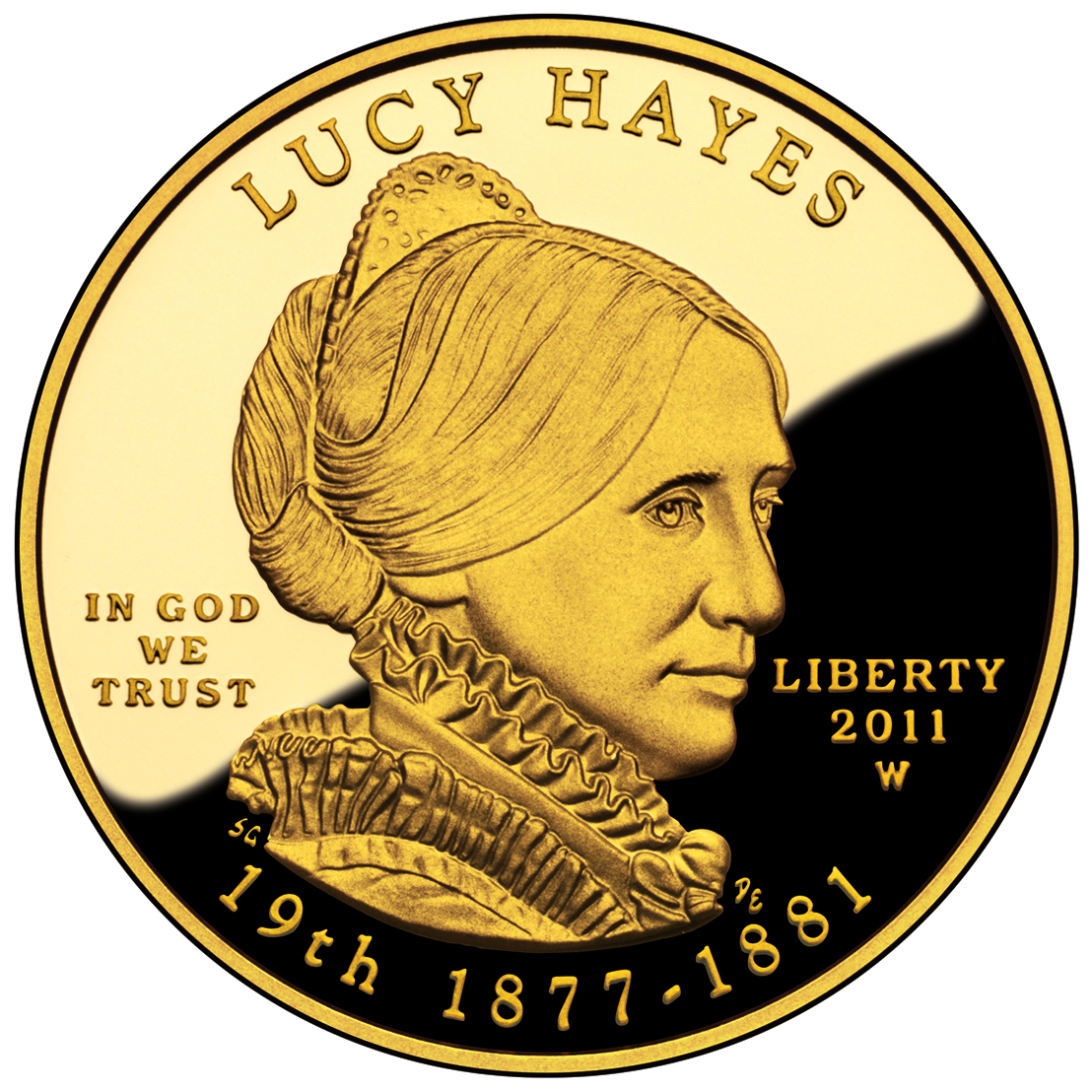 Lucy Ware Webb Hayes was born on August 28, 1831, in Chillicothe, Ohio, and attended Wesleyan Female College in Cincinnati, where she met Rutherford B. “Rud” Hayes. They married in 1852 and lived in Cincinnati until the Civil War. The future President grew to share her deep opposition to slavery.

President Hayes and the first lady celebrated their silver wedding anniversary at the White House in 1877. The East Room was decorated in white flowers, with a great floral wedding ball beneath which the couple repeated their marriage vows. They exchanged portrait cameos as anniversary gifts to one another before a large crowd, many of whom had attended their original nuptials in Cincinnati.

Mrs. Hayes was a temperance advocate, and alcohol was banned at the White House during her husband’s administration. However, her famous nickname “Lemonade Lucy” was apparently only used after she left the White House.

In 1878, President and Mrs. Hayes began the tradition of hosting the Easter Egg Roll on the White House grounds after learning the U.S. Capitol Building grounds were no longer allowed for the popular event. Staff members, parents and other onlookers watched in fascination as the children rolled both their hard-boiled eggs and themselves down the sloping south lawn.

The Washington Evening Star newspaper reported that children "rolled eggs down the terraces back of the Mansion, and played among the shrubbery to their hearts' content." It estimated that "several hundred" children were at this first White House Easter Egg Roll, thus starting a custom that endures today. The reverse (tails) design represents Lucy Hayes' participation in the first Easter Egg Roll held at the White House.