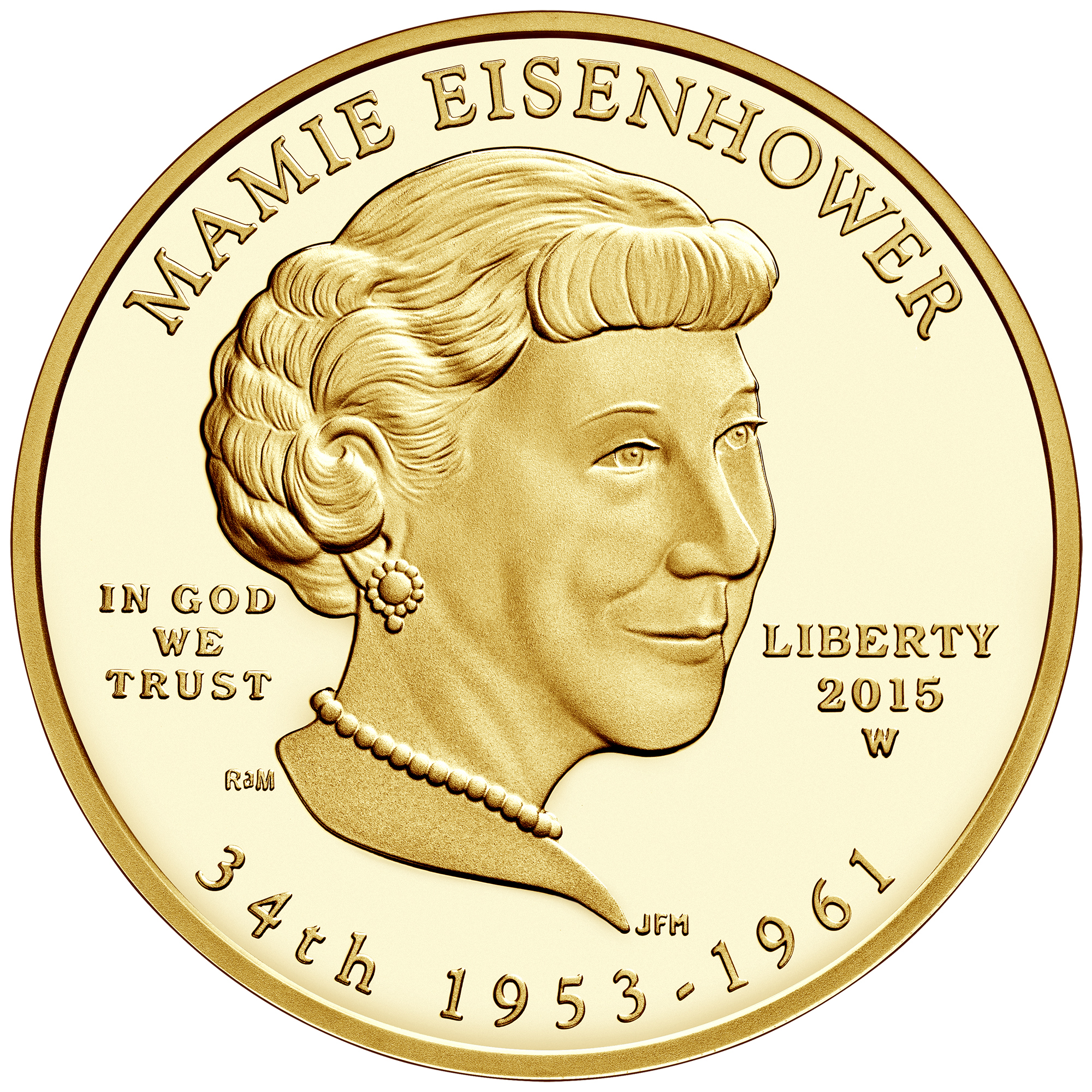 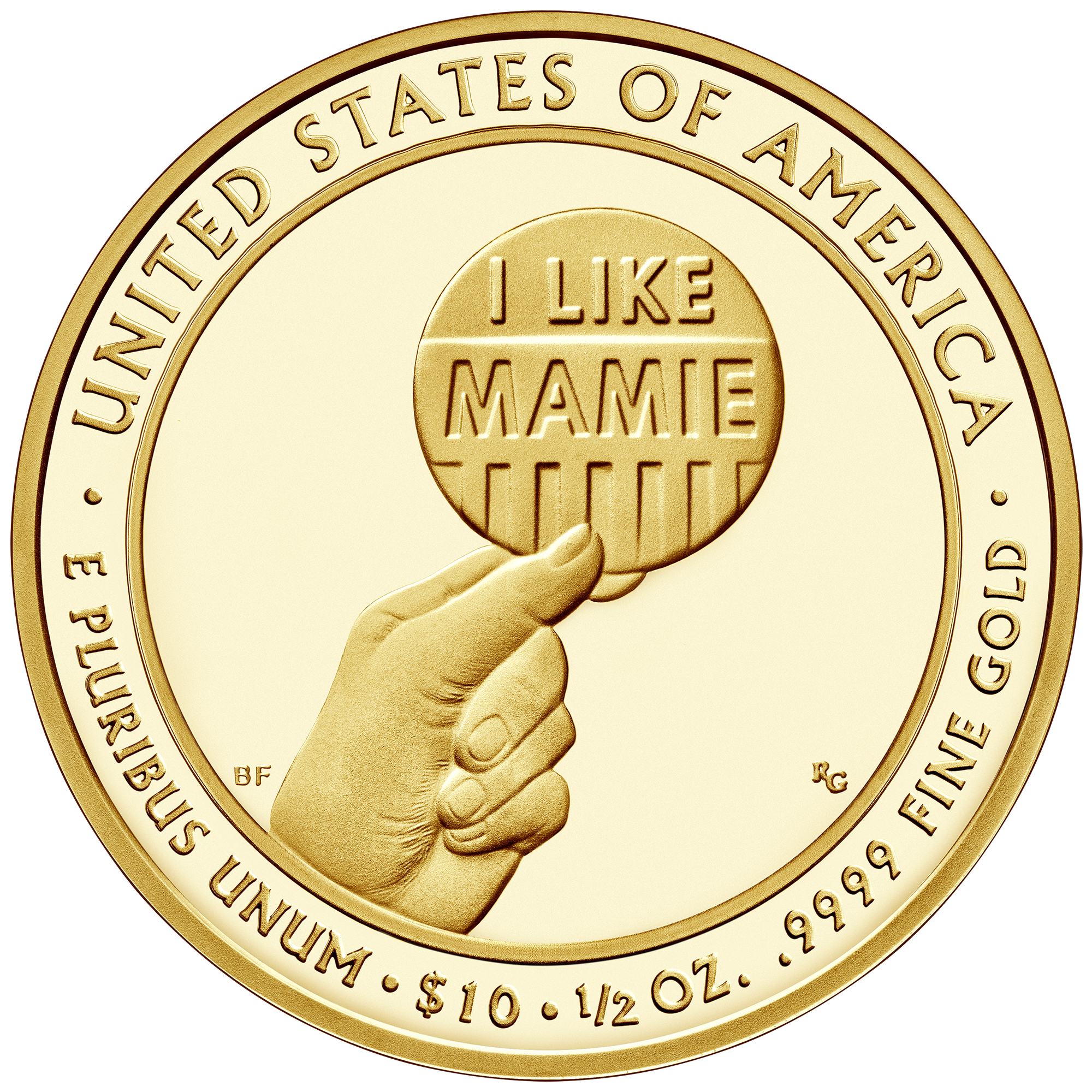 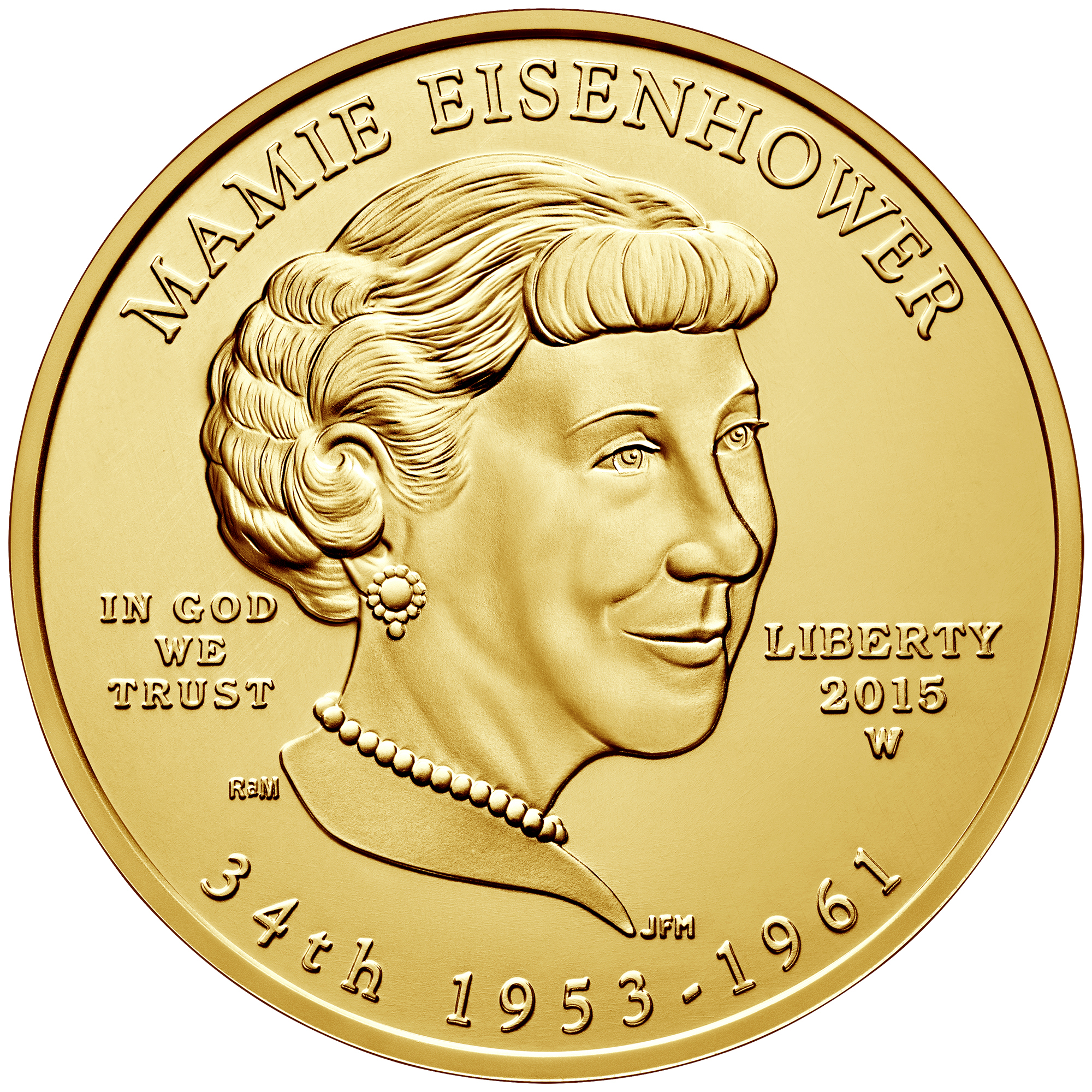 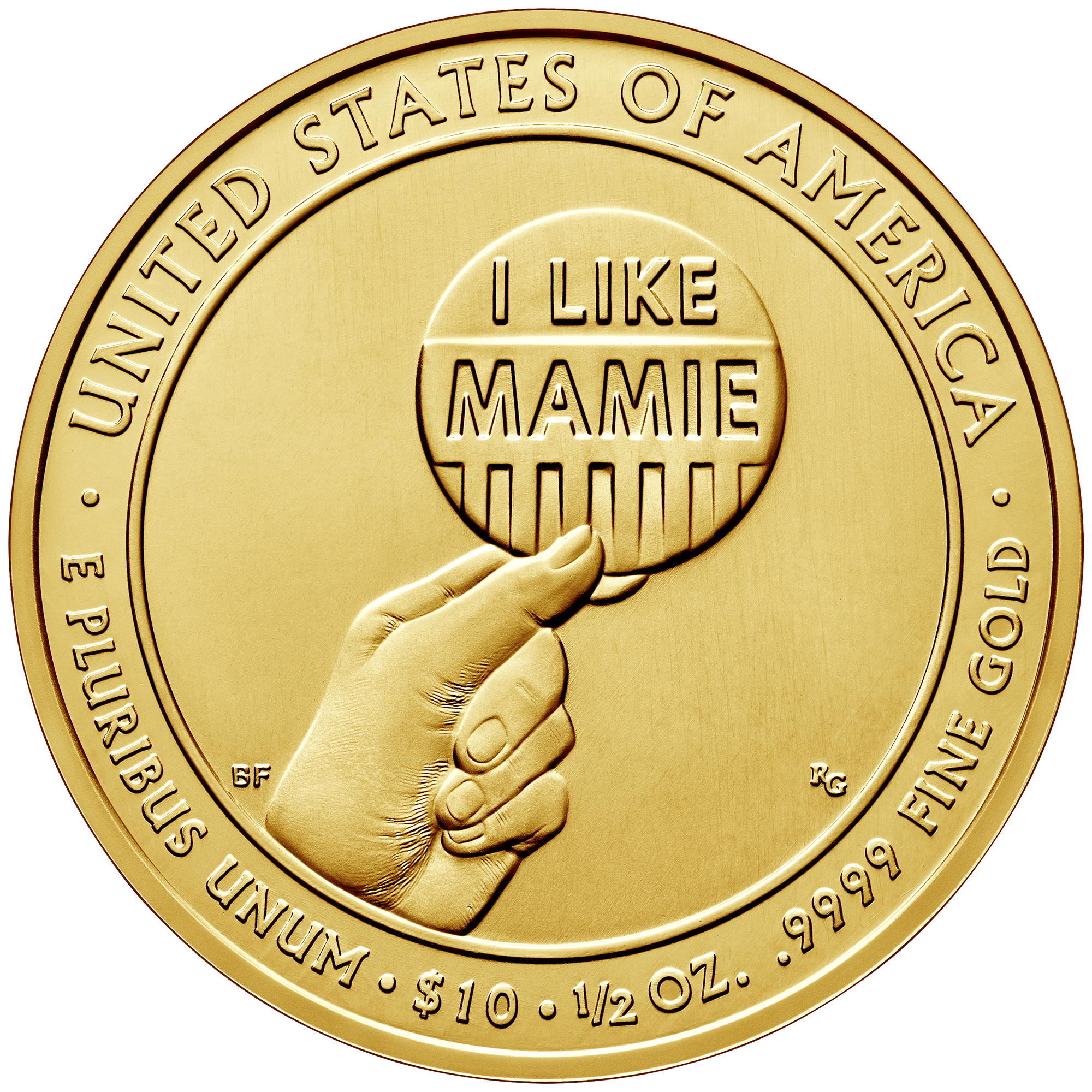 Mamie Eisenhower was born Mamie Geneva Doud Nov. 14, 1896, and grew up in Colorado. Outgoing and vivacious, she met Dwight Eisenhower, a young Army second lieutenant on his first tour of duty, and they married in Denver in 1915. As the wife of a career soldier, she estimated that she unpacked her household 27 times in 37 years. Eisenhower ran for president on the slogan “I Like Ike,” and Mrs. Eisenhower participated in her husband’s whistle stop campaign tours, where buttons reading “I Like Mamie, Too” appeared. During her first Christmas in the White House, she displayed 27 Christmas trees. She and her husband entertained more heads of state and leaders of foreign governments than any previous occupants of the White House.

Mrs. Eisenhower died in Washington, D.C., at the age of 83 and was buried in Abilene, Kansas.

The reverse features a woman's hand holding up a political campaign button with the slogan “I Like Mamie,” referring to Ms. Eisenhower's popularity as first lady, her involvement in her husband's presidential campaigns and the popular campaign slogan “I Like Ike.”