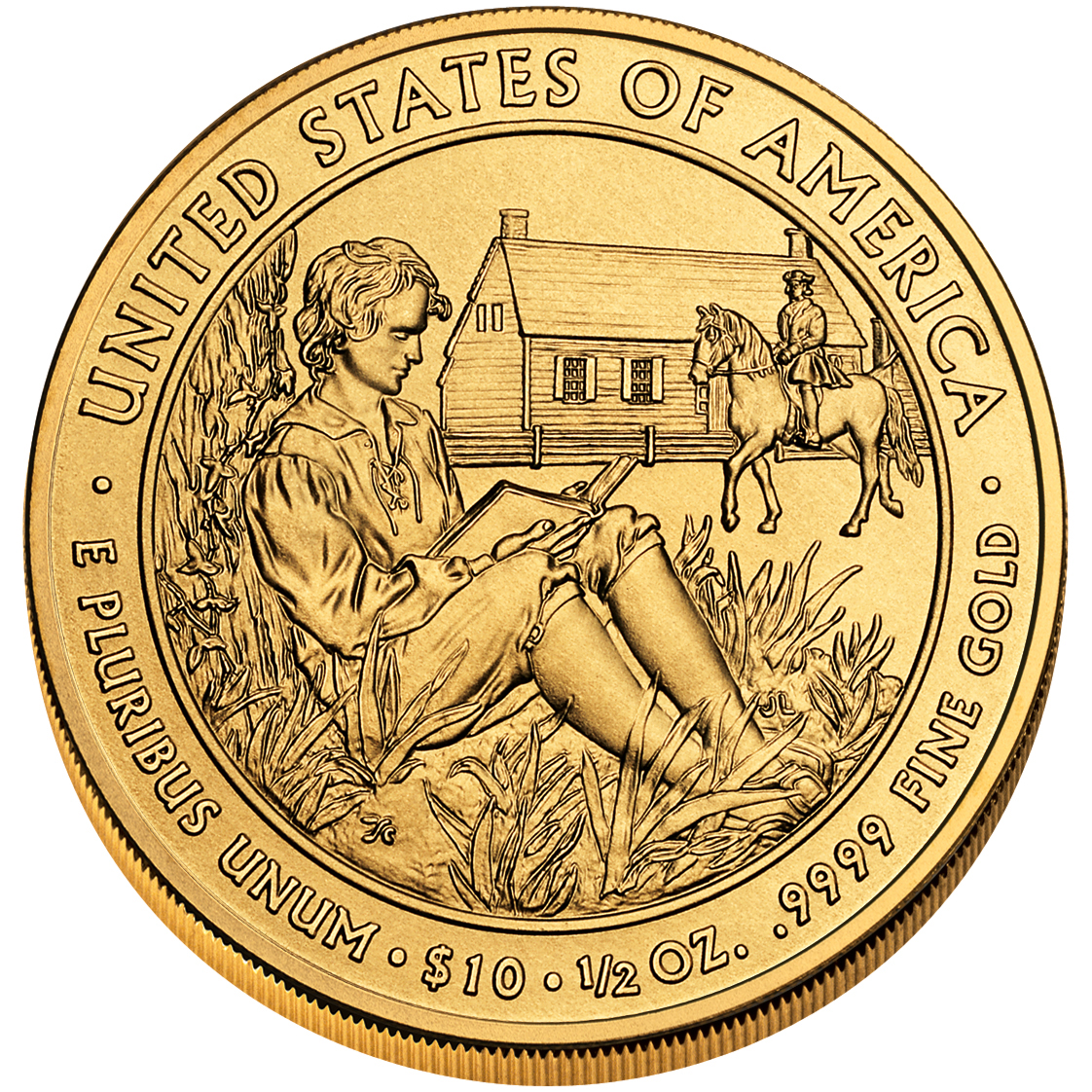 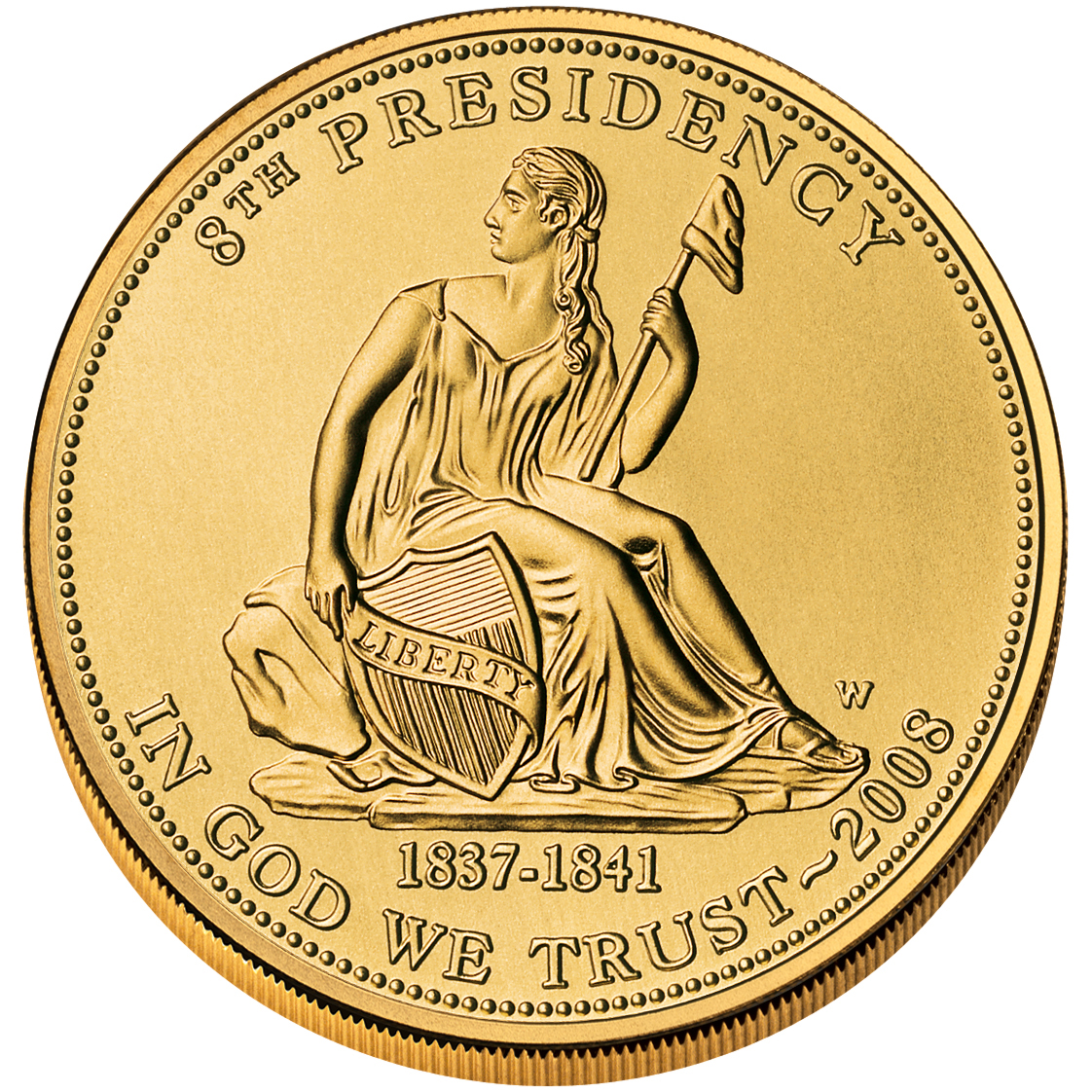 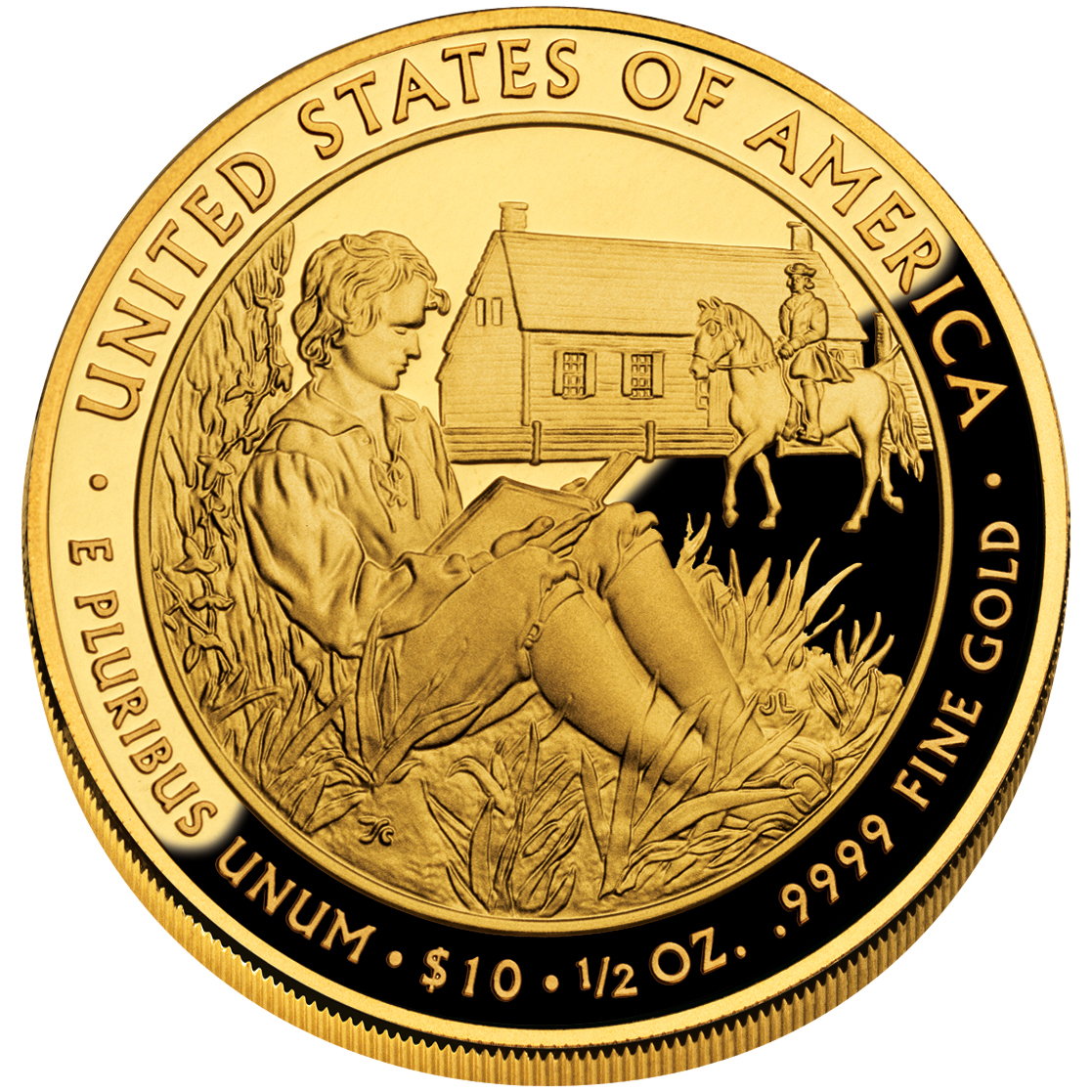 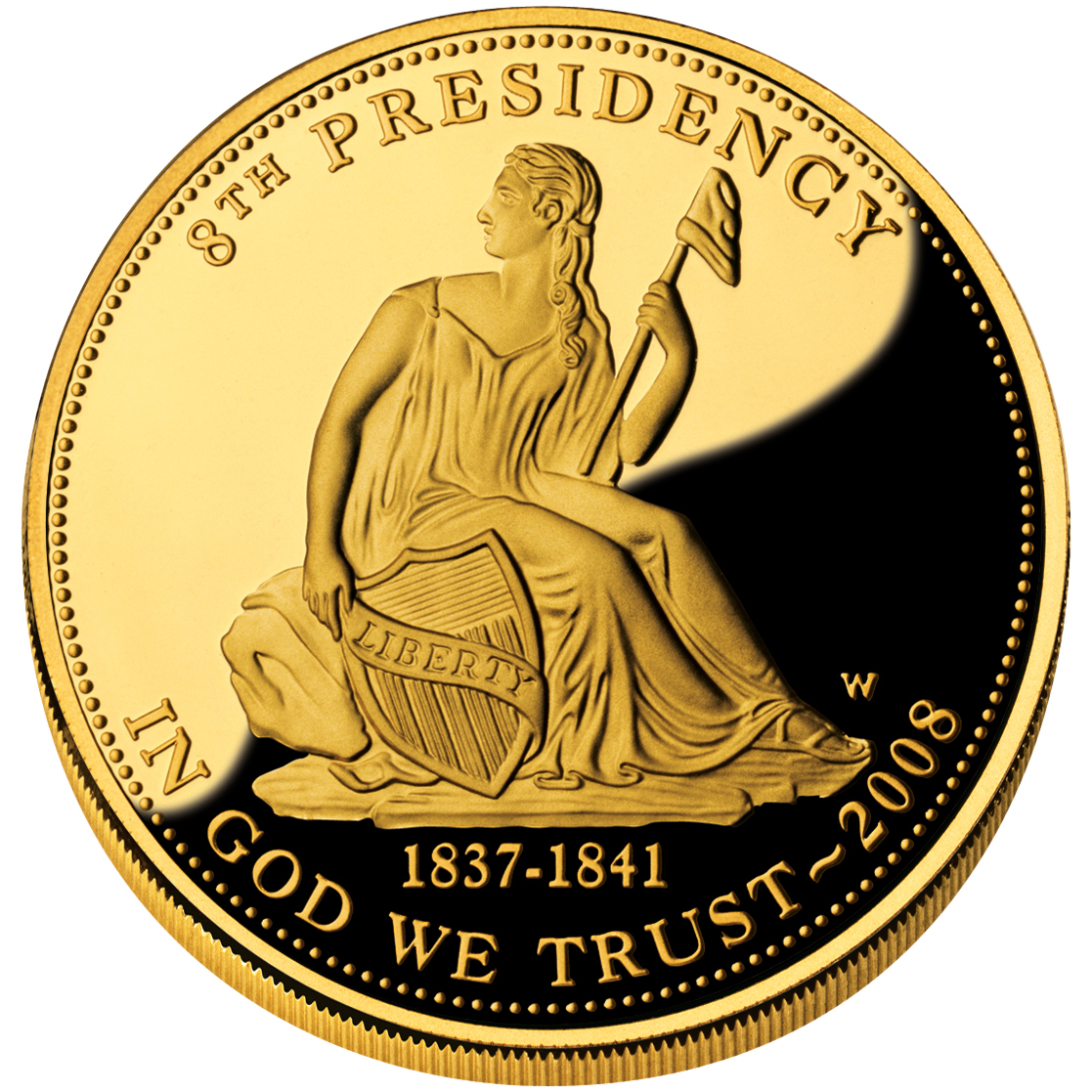 The Presidential $1 Coin Act of 2005 contains a provision to provide continuity of the First Spouse Gold Coin Program during those times in which a president served without a first spouse. This provision applies to Martin Van Buren, whose wife Hannah died in 1819. Married in 1807, Van Buren was a widower for 18 years when he became president in 1837.

The gold coins issued to accompany any president who served without a spouse will each feature a design emblematic of Liberty on its obverse, as depicted on a United States coin issued during the President’s time in office. For Martin Van Buren’s presidency, the selected image appeared on the Liberty Seated Dime coin from 1837–1891, and was originally executed by United States Mint Engraver Christian Gobrecht.

Born in New York in December of 1782, Martin Van Buren holds the distinction of being the first president to be born in a newly independent Nation. His family operated a tavern in the town of Kinderhook, a primarily Dutch enclave located on the post road between New York City and Albany. Here, young Martin was exposed to political ideology at an early age, as local and state politicians would often gather at the Van Buren establishment as they traveled between the two cities.