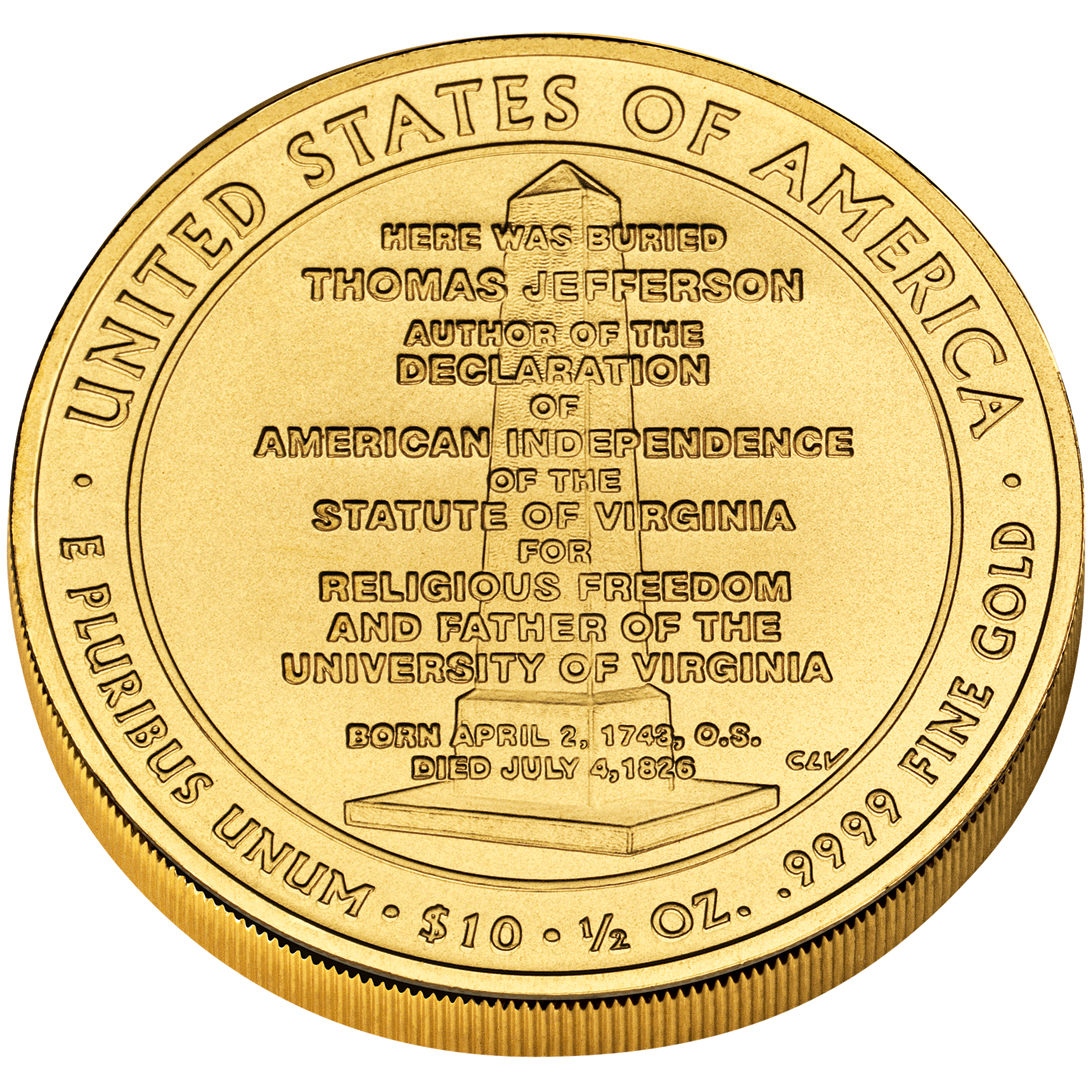 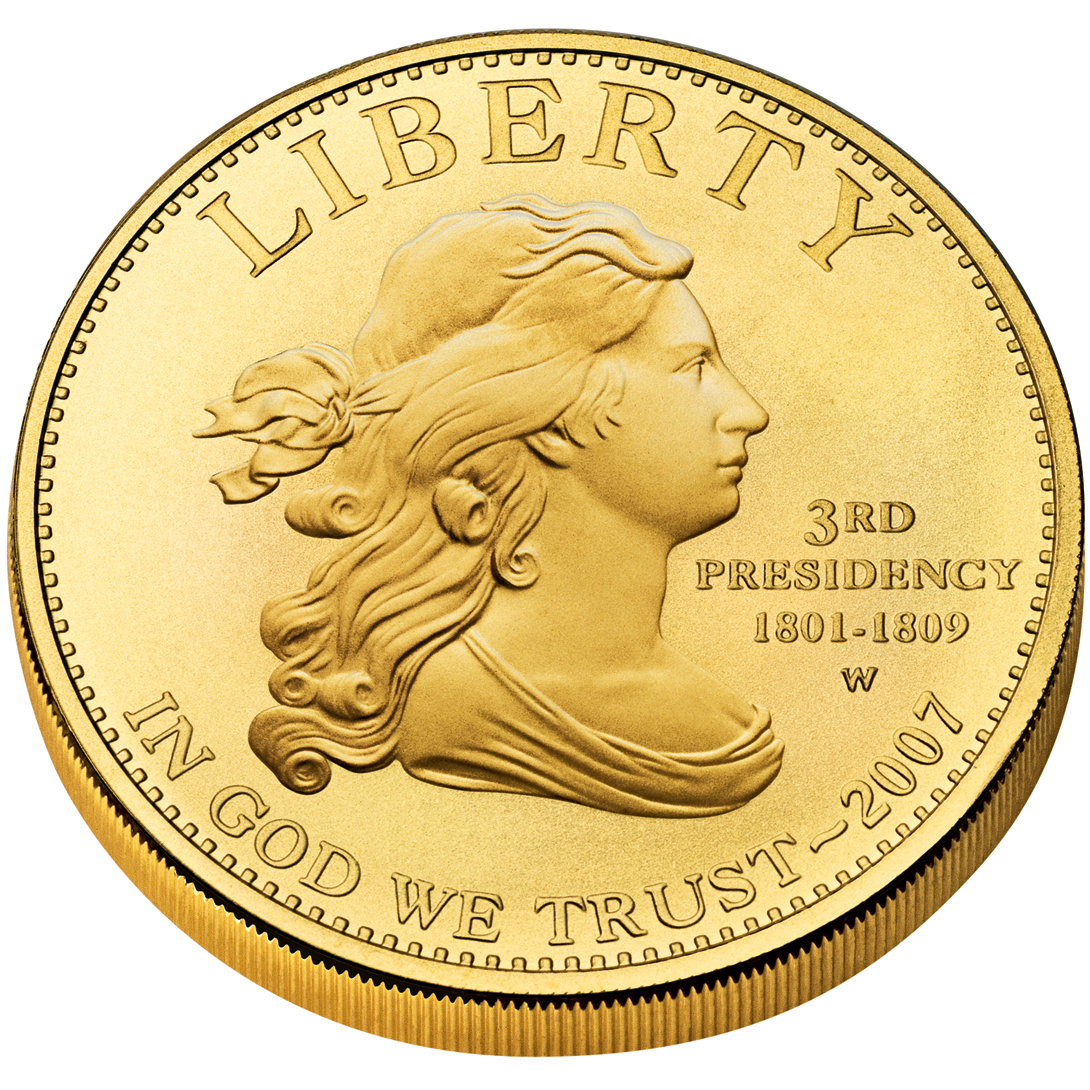 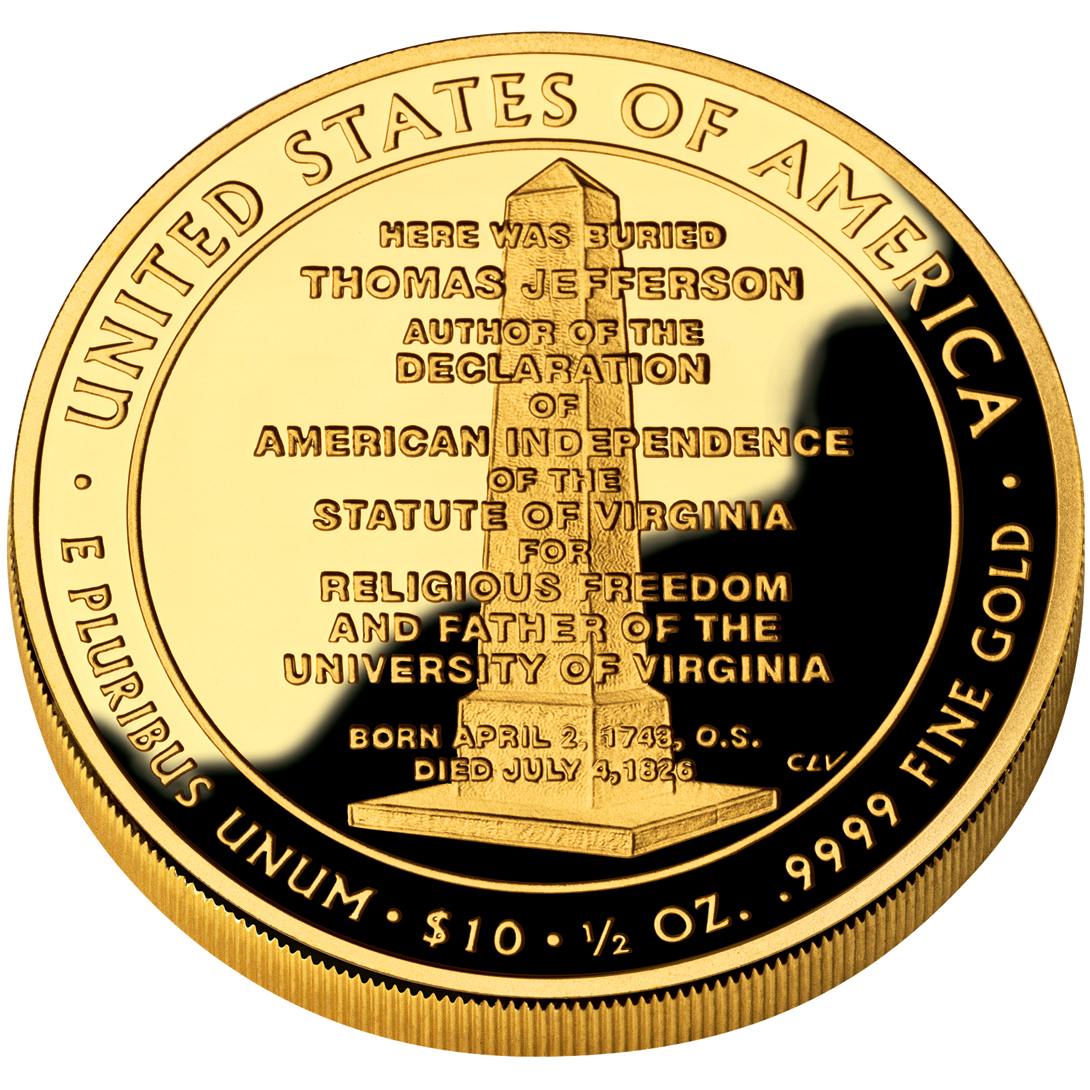 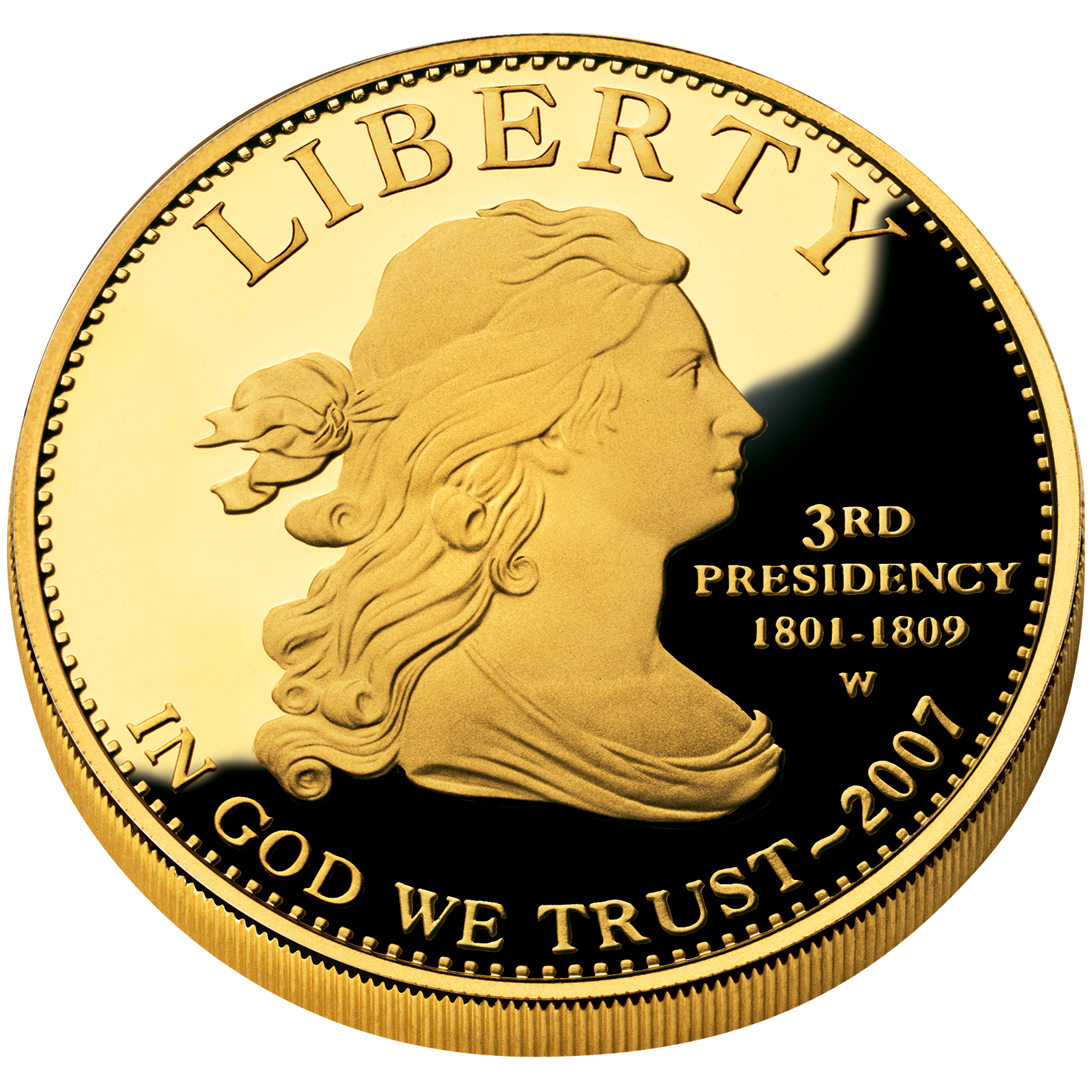 The Presidential $1 Coin Act of 2005 contains a provision to provide continuity of the First Spouse Gold Coin Program during those times in which a President served without a First Spouse. This provision applies to Thomas Jefferson, whose wife Martha died in 1782. Married in 1772, Thomas Jefferson was a widower for 19 years when he became President in 1801.

The gold coins issued to accompany any President who served without a spouse will each feature a design emblematic of Liberty on its obverse, as depicted on a United States coin originally issued during the President’s time in office. For Thomas Jefferson’s presidency, the selected image appeared on the Draped Bust Half-Cent coin from 1800–1808, and was originally executed by United States Mint Chief Engraver Robert Scot.

Thomas Jefferson is widely recognized for his unmatched expertise with the written word. Even in death, Jefferson left no room for interpretation, leaving careful and precise instructions detailing exactly which of his achievements would be memorialized on his final resting place.

Located on the grounds of his Monticello estate, his monument states "Here was buried Thomas Jefferson: author of the Declaration of American Independence, of the Statute of Virginia for Religious Freedom and father of the University of Virginia."