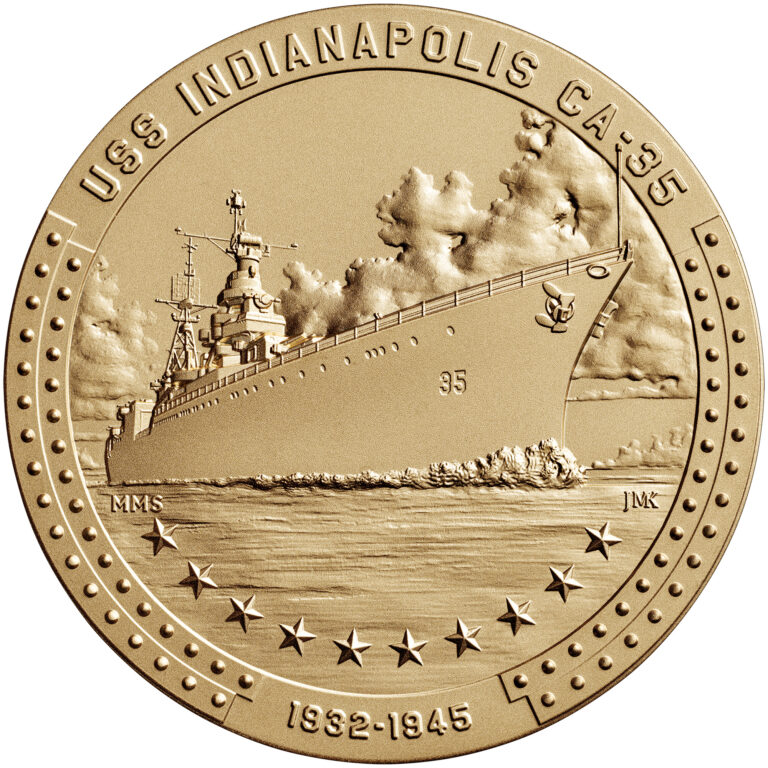 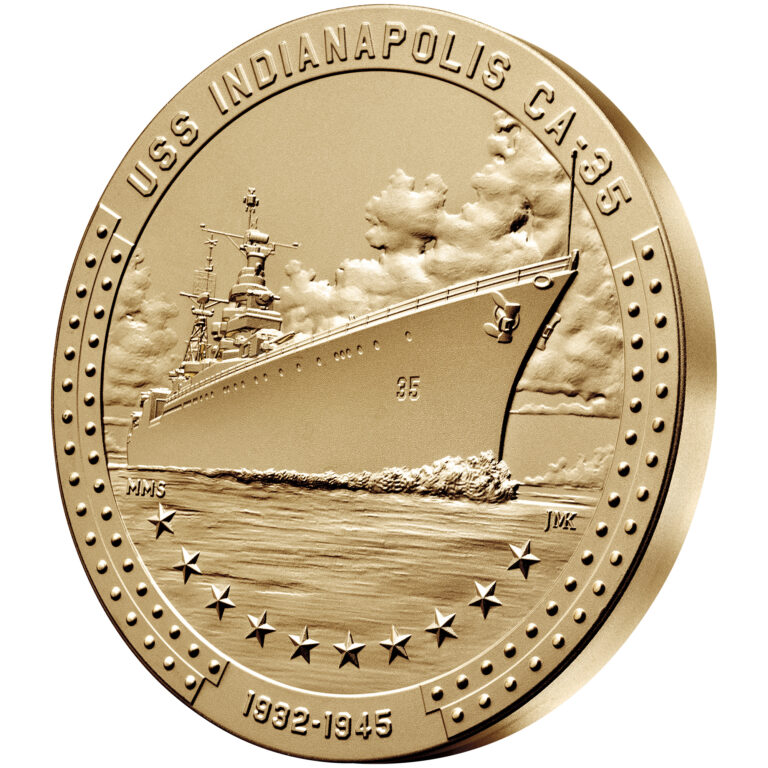 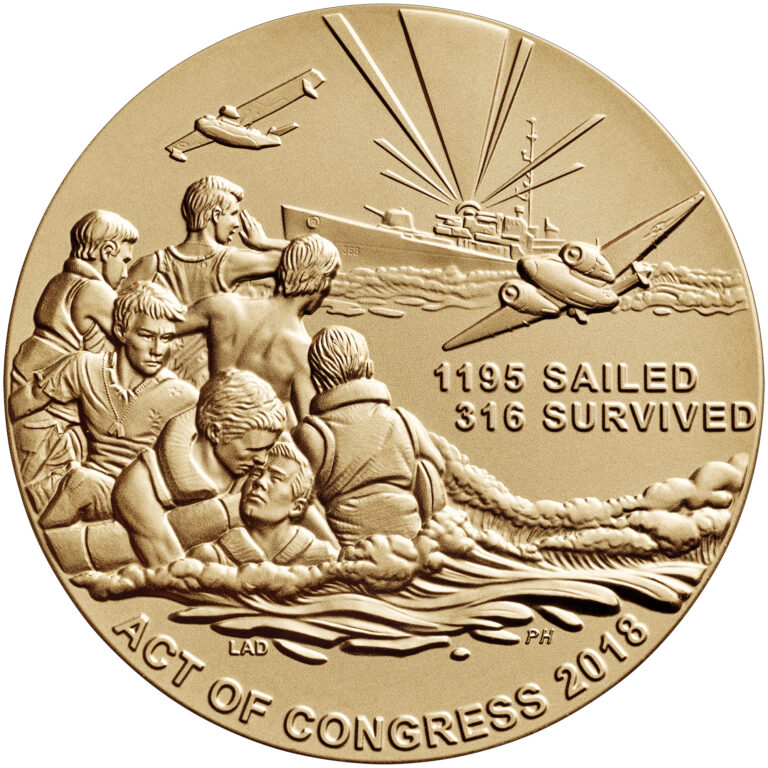 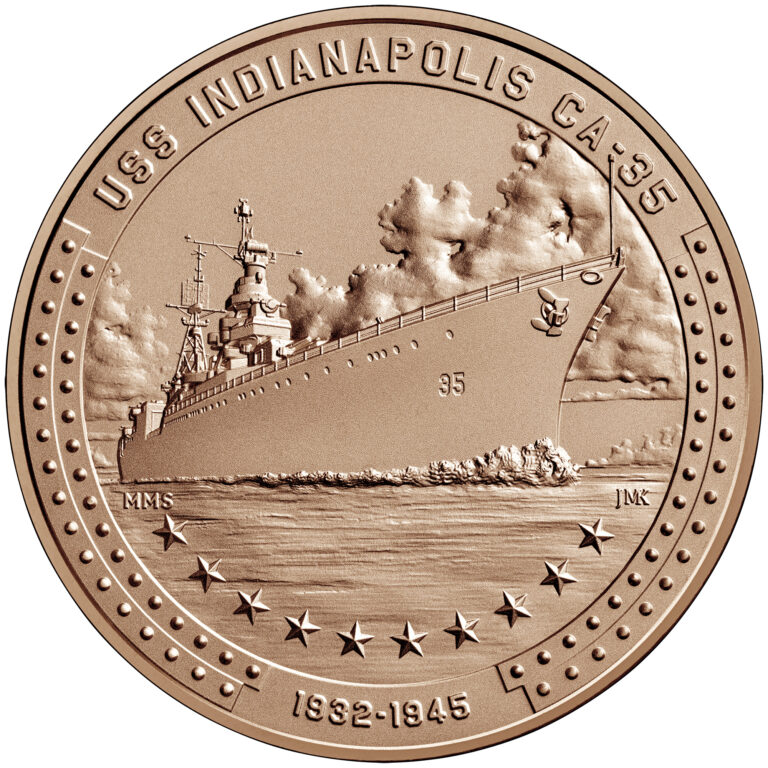 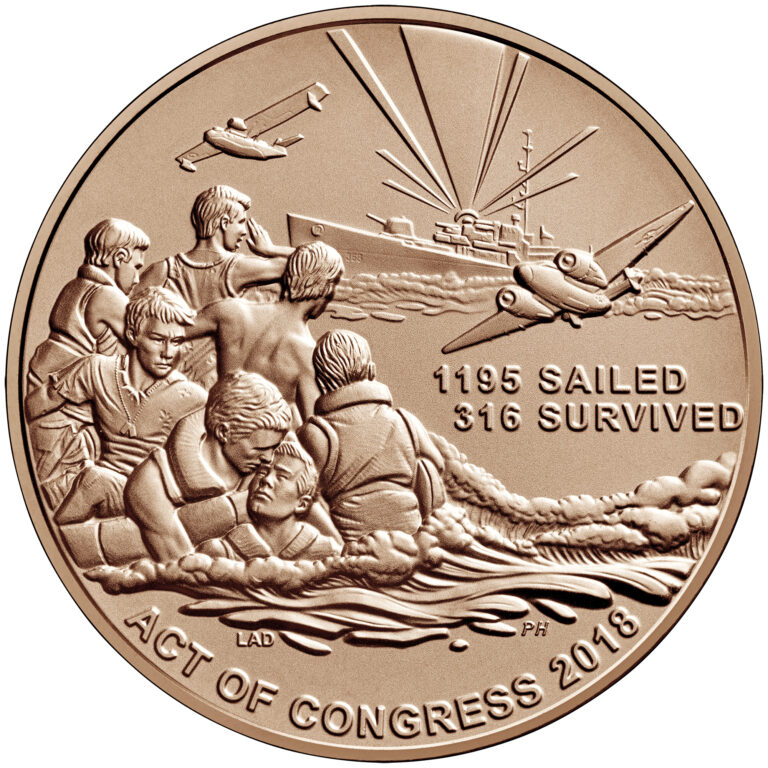 Commissioned in November 1932, the USS Indianapolis (CA-35) was a Portland-class heavy cruiser that became the flagship of the 5th fleet with extensive combat duty in the South Pacific. A capital ship with a highly regarded service record, she earned 10 battle stars for engagements in the Pacific Ocean during World War II.

During the Okinawa campaign, the USS Indianapolis was damaged in a kamikaze attack and sent home for repairs and a refitting. When repaired, the ship was ordered to Tinian Island, to deliver the then-secret cargo consisting of components of the “Little Boy” atomic bomb.

Just after midnight on July 30, 1945, the USS Indianapolis was attacked by a Japanese submarine in the Philippine Sea. Two torpedoes struck the vessel, sinking her in only 12 minutes. Of the 1,195 who sailed, only 316 men survived long enough to be rescued. Those who made it into the water were subjected to exposure, dehydration, and shark attacks over the course of more than four days.

On the fourth day in the water, the men were accidentally spotted by a PV-1 Ventura bomber pilot who lowered his plane to confirm the sighting and radioed for help. The first 53 survivors, many of whom were still completely covered in thick black fuel oil, were pulled from the water by an amphibious PBY-5A Catalina patrol plane.

The USS Cecil J. Doyle was the first ship to arrive, doing so in total darkness. Despite putting his vessel in danger, the captain of the USS Cecil J. Doyle pointed his largest searchlight into the sky, letting it serve not only as a beacon for other rescue ships, but also providing hope to those still in the water, letting them know help had arrived.

The obverse depicts the USS Indianapolis with her 10 battle stars. Interspersed among a border of rivets are the inscriptions "USS INDIANAPOLIS CA-35," and her dates of service, "1932-1945"

The reverse depicts a group of survivors clinging to a raft. They have spotted either a plane or the spotlight from the USS Cecil J. Doyle, giving them a renewed sense of hope for their rescue.