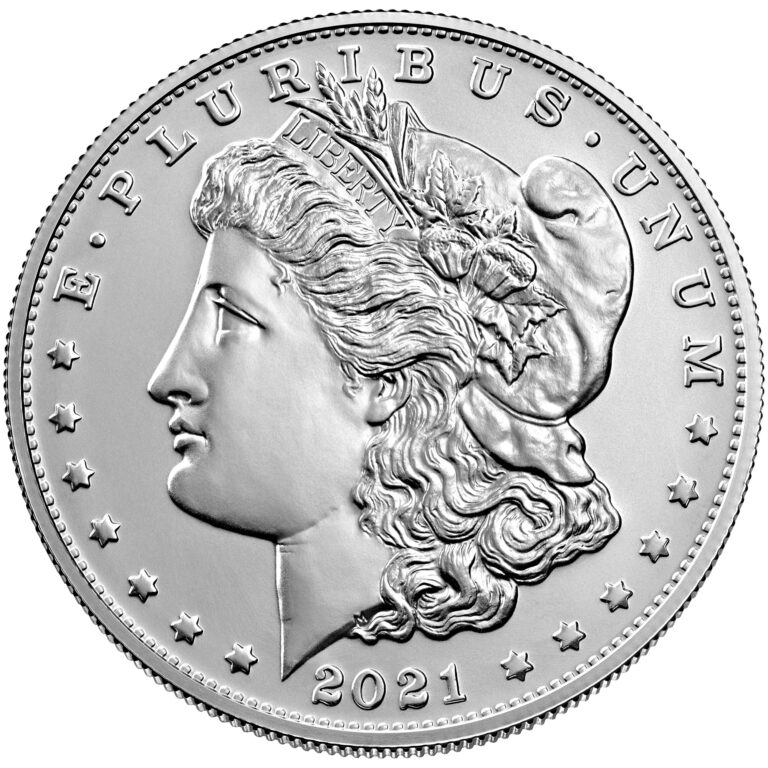 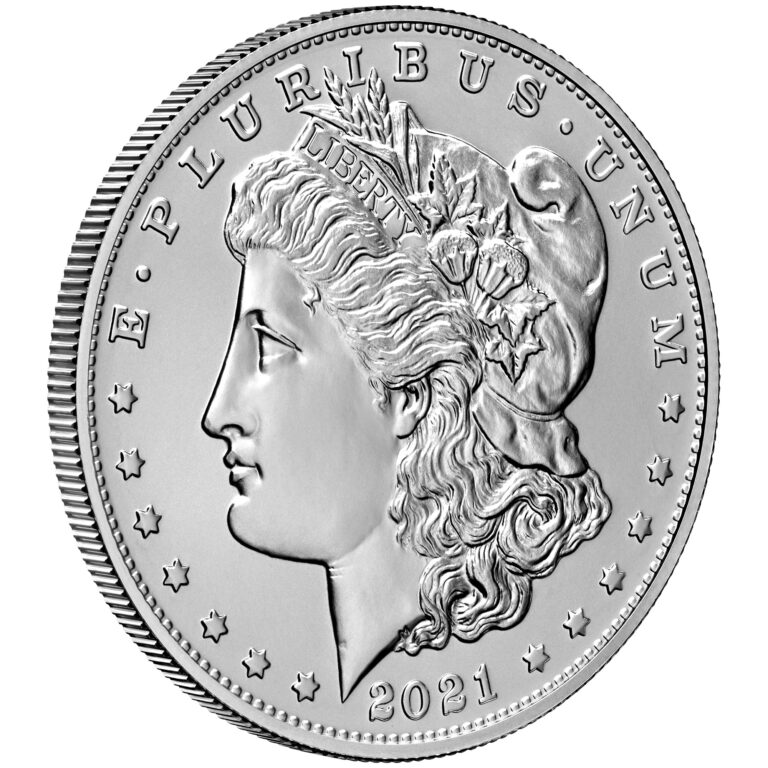 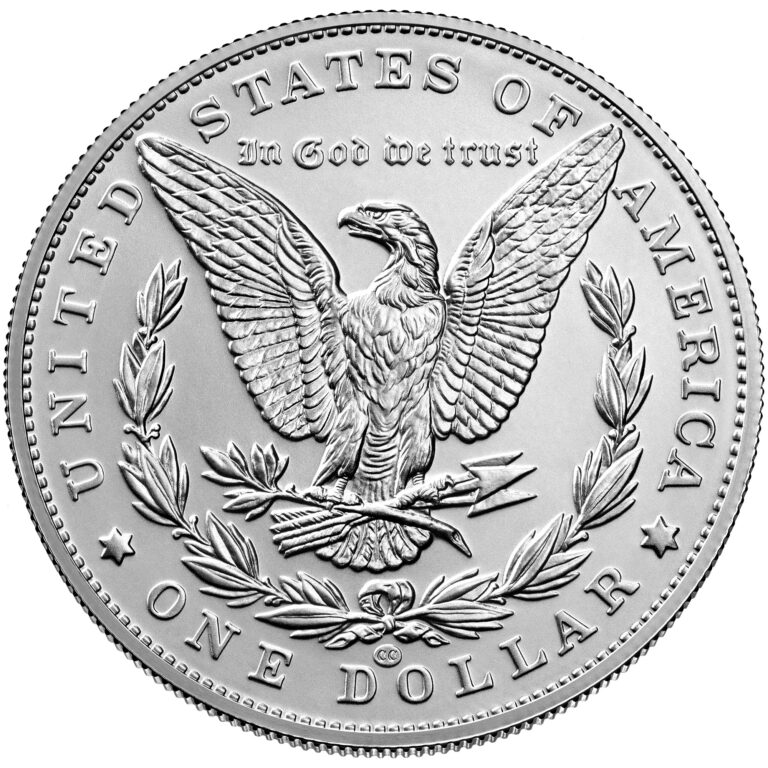 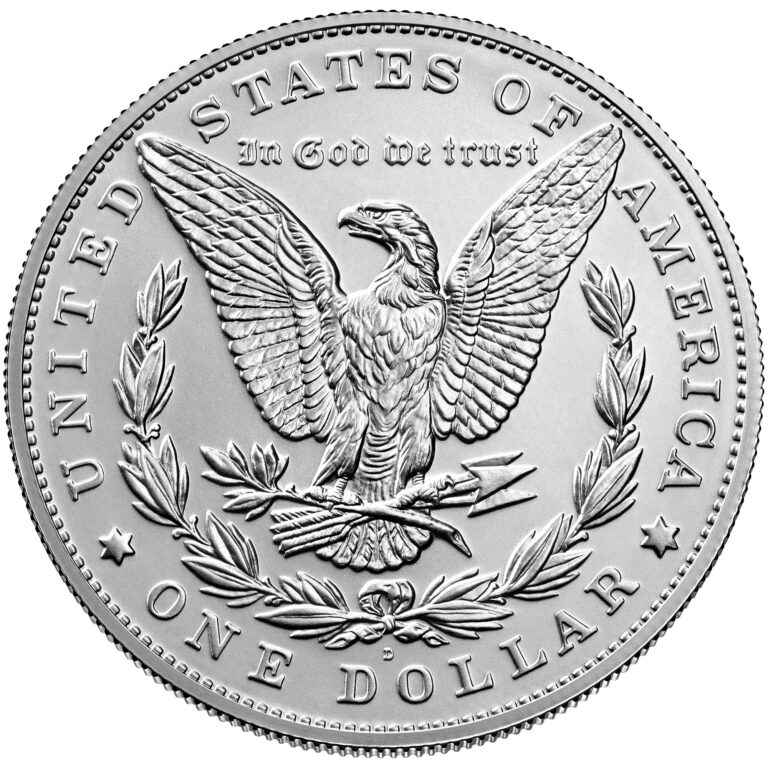 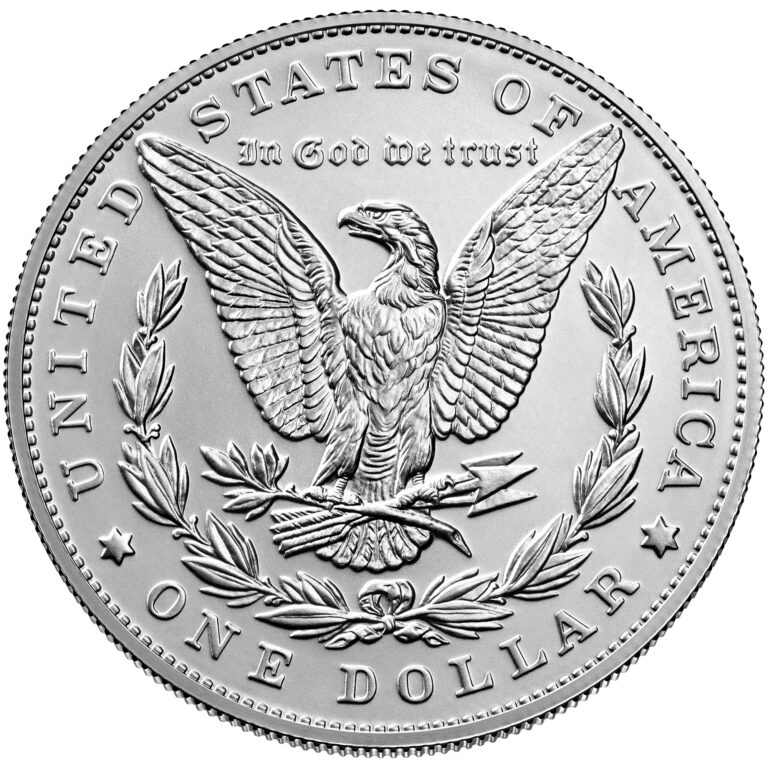 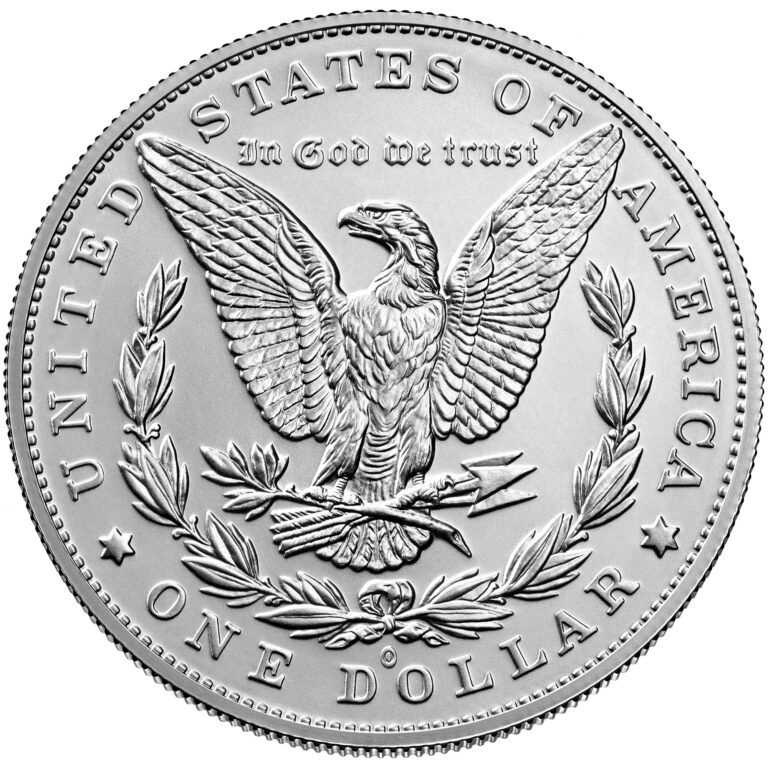 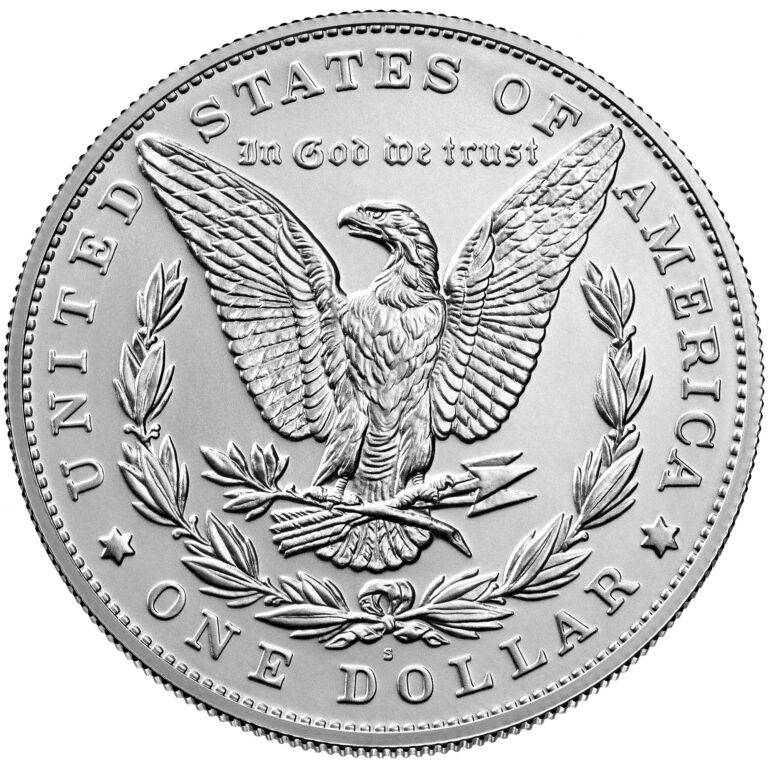 Minted from 1878 to 1904, and again in 1921, the Morgan Dollar was designed by Mint Chief Engraver George T. Morgan (1845-1925). It represented the country’s westward expansion and industrial development in the late 19th century.

Buy the 2021 Morgan Dollar in the Mint’s online catalog.

The obverse (heads) features Liberty in profile. A cap, flora, and a crown incused with the word “LIBERTY” adorn her head, while 13 stars, “E PLURIBUS UNUM,” and the date of issuance encircle her.

The reverse (tails) depicts an eagle with outstretched wings clasping arrows and an olive branch, accompanied by a wreath. Some coins feature a “CC” or “O” privy mark in recognition of the historic Mint facilities in Carson City, NV and New Orleans, LA, respectively, where some of the original Morgan Dollars were minted.