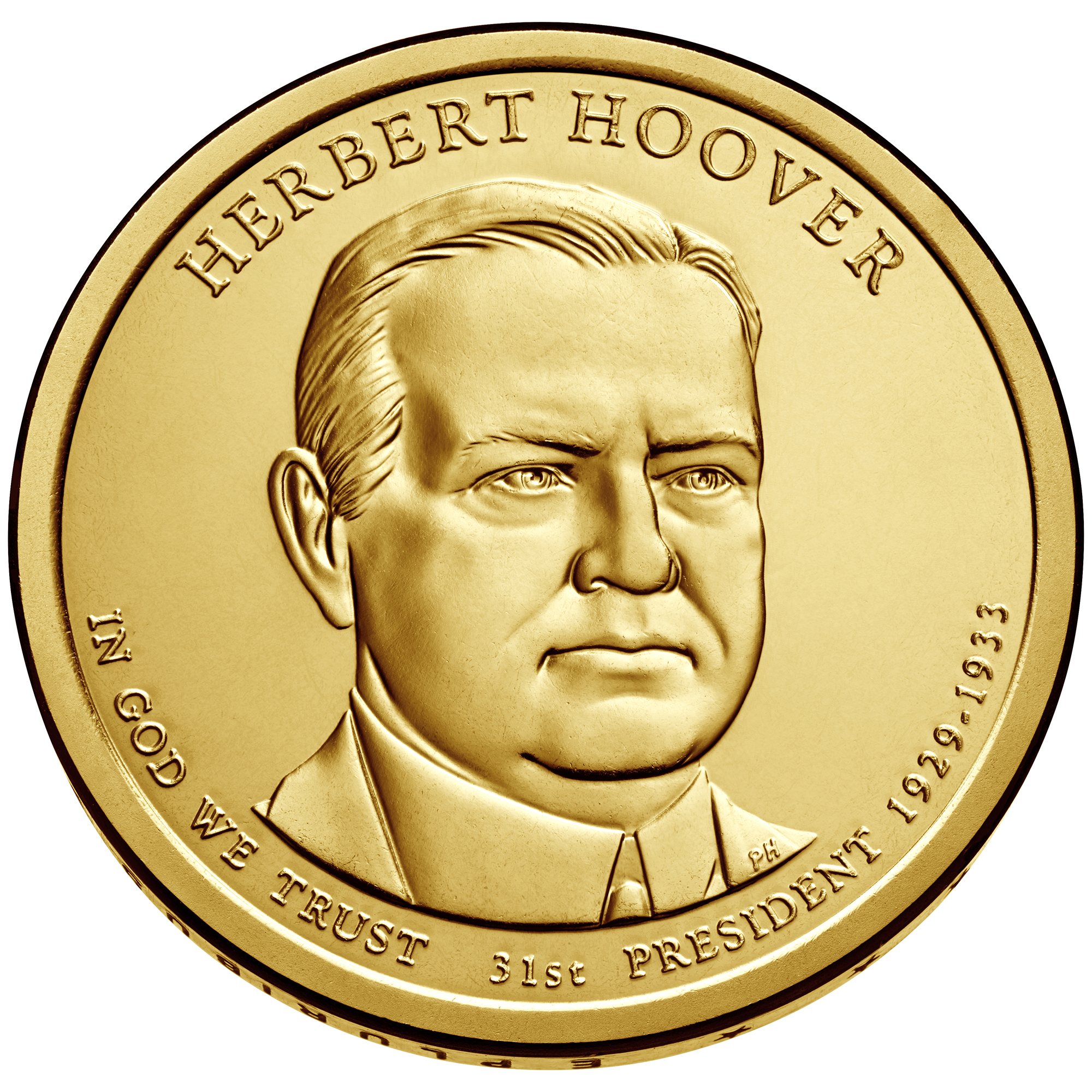 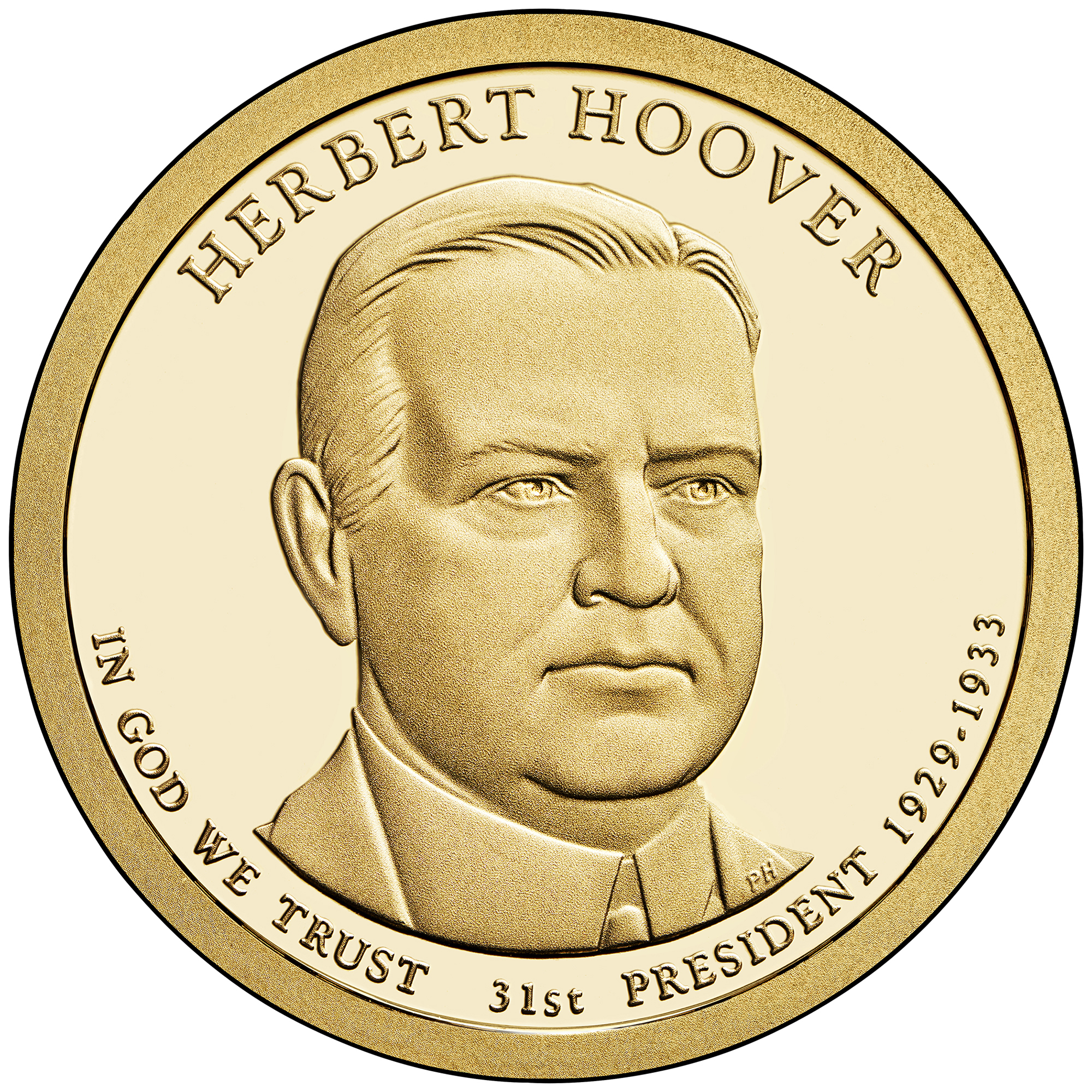 Herbert Clark Hoover was born in West Branch, Iowa, in 1874 and grew up in Oregon. He earned a bachelor’s degree from Stanford University in 1895 and became a mining engineer. He held government positions as a public administrator, food relief coordinator and as secretary of commerce under Presidents Harding and Coolidge. This led to his nomination for the presidency in 1928, which was quickly overtaken by the Great Depression, for which he was blamed. He was badly defeated in the election of 1932. After leaving office, Hoover retired to New York City and wrote articles, books and answers to as many as 20,000 letters a month. He died there in 1964.

Act of March 4, 1931: Authorized the secretary of the treasury to change the design of the 25-cent piece to commemorate the 200th anniversary of the birth of George Washington.

President Hoover did not appoint any United States Mint directors.