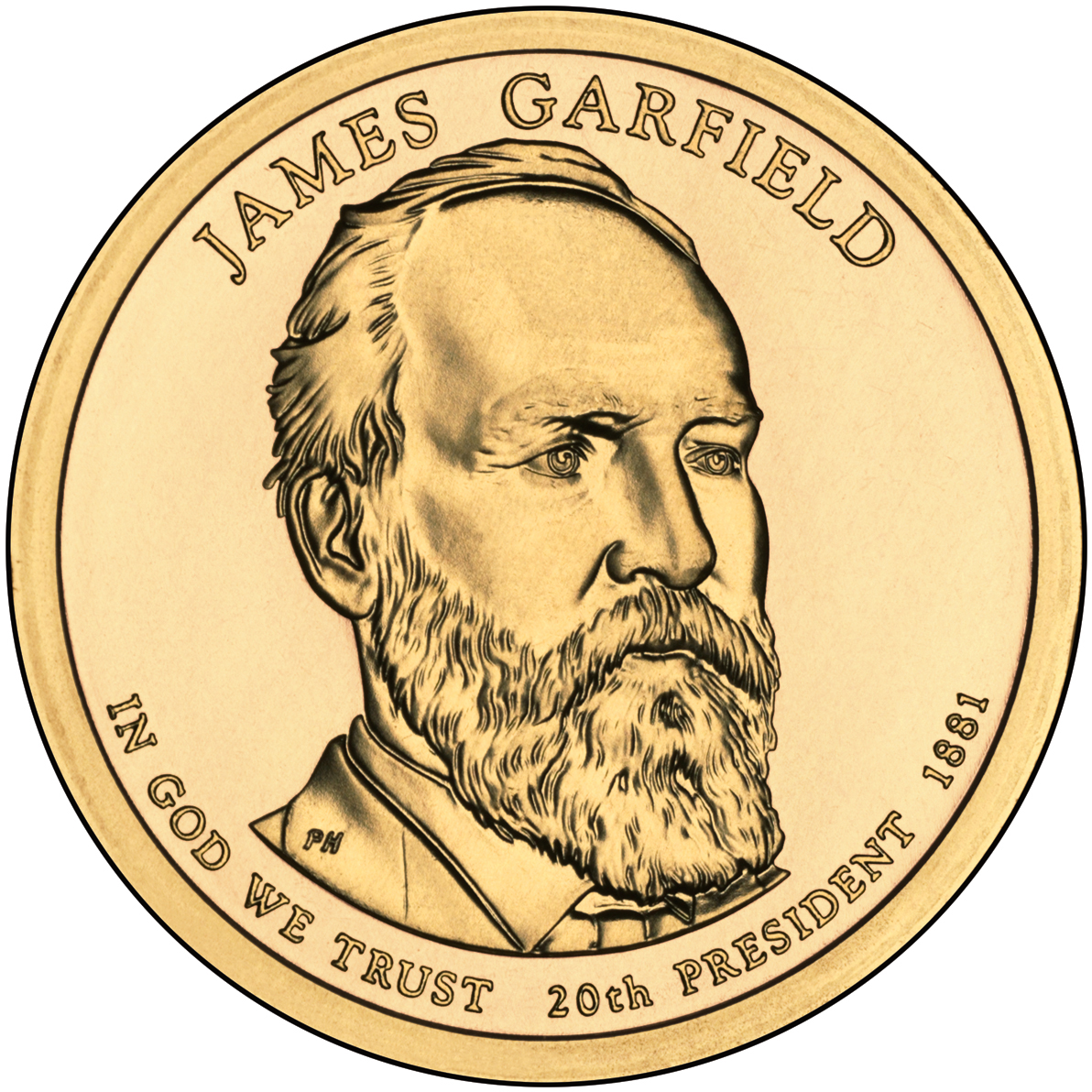 James Garfield was born in Cuyahoga County, Ohio, in 1831. He later graduated from Williams College in Massachusetts and returned to the Western Reserve Eclectic Institute (later Hiram College) in Ohio as a classics professor and then its president. He was elected to the Ohio state senate in 1859. In 1862, he was elected to Congress and served 18 years.

At the 1880 Republican convention, Garfield won the nomination for President on the 36th ballot. On July 2, 1881, just four months into his term, an embittered attorney who had unsuccessfully sought a consular post shot the President in a Washington railroad station. He lay wounded in the White House for weeks. Alexander Graham Bell, inventor of the telephone, tried in vain to find the bullet with an electrical device he had designed. On September 6, Garfield was taken to the New Jersey seaside. For a few days he seemed to be recuperating, but on September 19, 1881, he died from an infection and internal hemorrhage.

No coinage legislation was enacted during President Garfield’s term.

No United States Mint Directors were appointed by President Garfield.