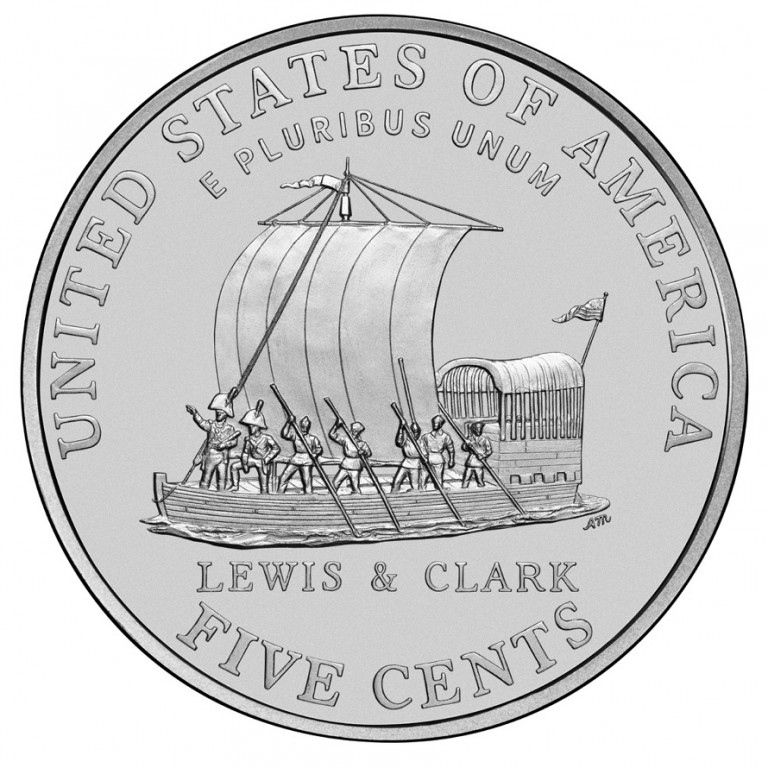 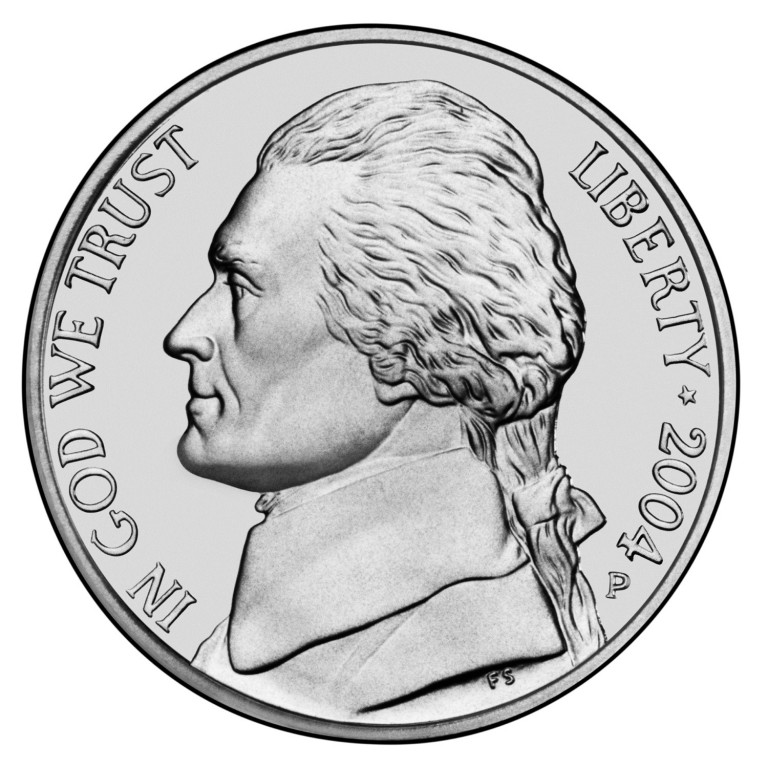 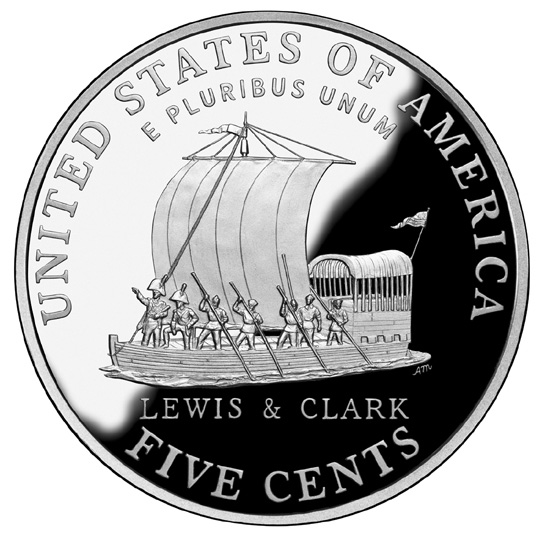 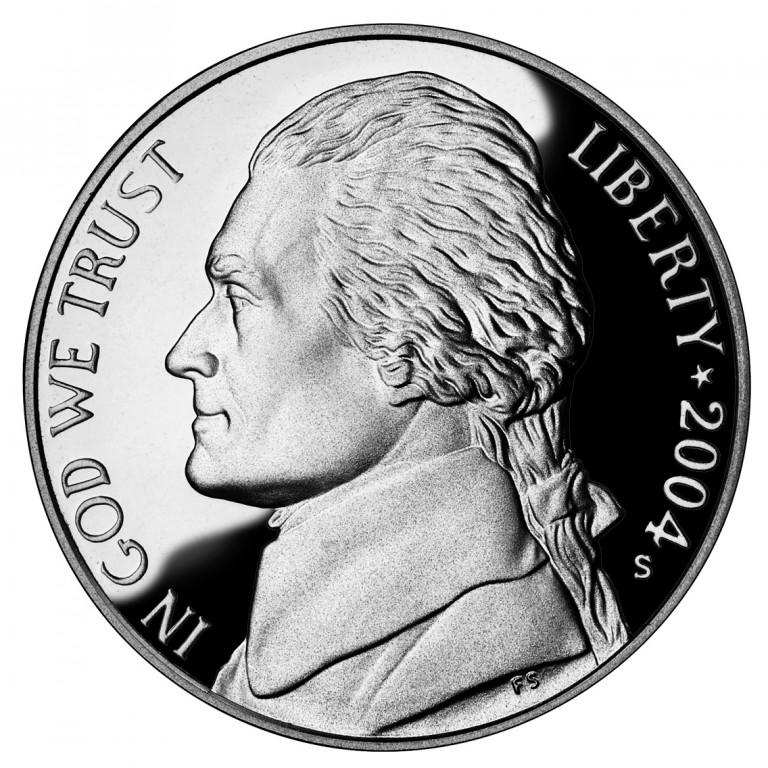 In 2004 and 2005, the U.S. Mint commemorated the bicentennials of the Louisiana Purchase and the Lewis and Clark expedition with the Westward Journey Nickel Series. The Keelboat Nickel is the second of four coins in the series.

The obverse depicts the portrait of Thomas Jefferson used on the nickel since 1938. The reverse features a keelboat with full sail. The keelboat transported the Lewis and Clark expedition and their supplies through the rivers of the Louisiana Territory in search of a northwest passage to the Pacific Ocean. Built to the specifications of Captain Lewis, the 55-foot keelboat could be sailed, rowed, poled like a raft, or towed from the riverbank.

Obverse (heads): Bears the likeness of Thomas Jefferson used on the nickel since 1938.

Reverse (tails): Features an angled, side-view of the keelboat with full sail that transported members of the Lewis and Clark expedition. Captains Meriwether Lewis and William Clark are in full uniform in the bow.