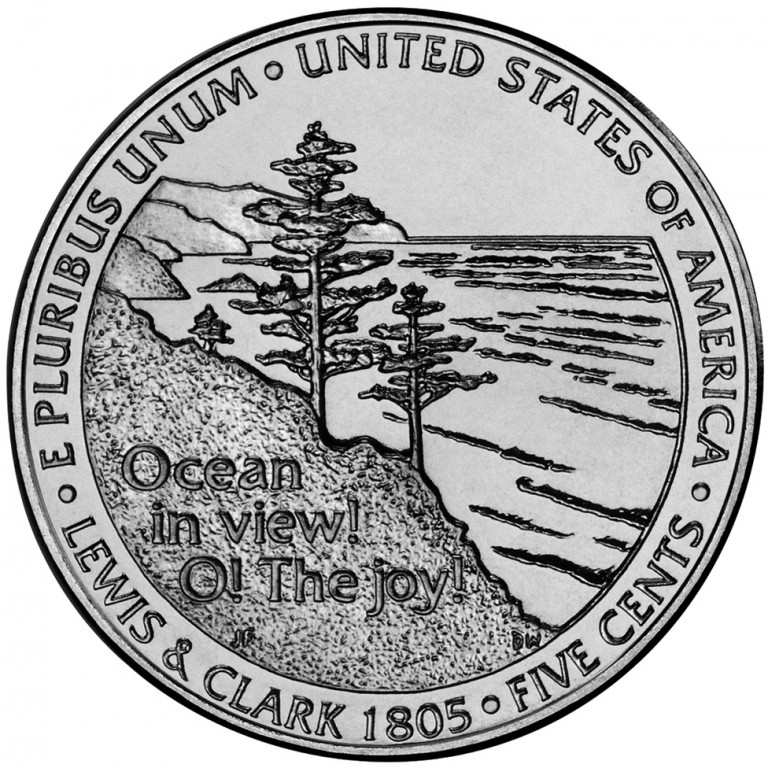 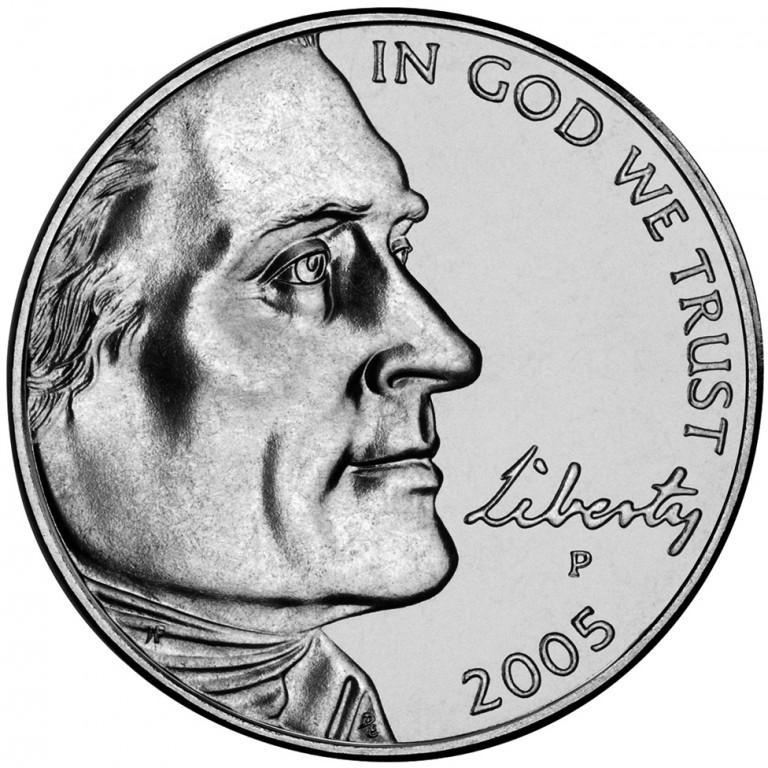 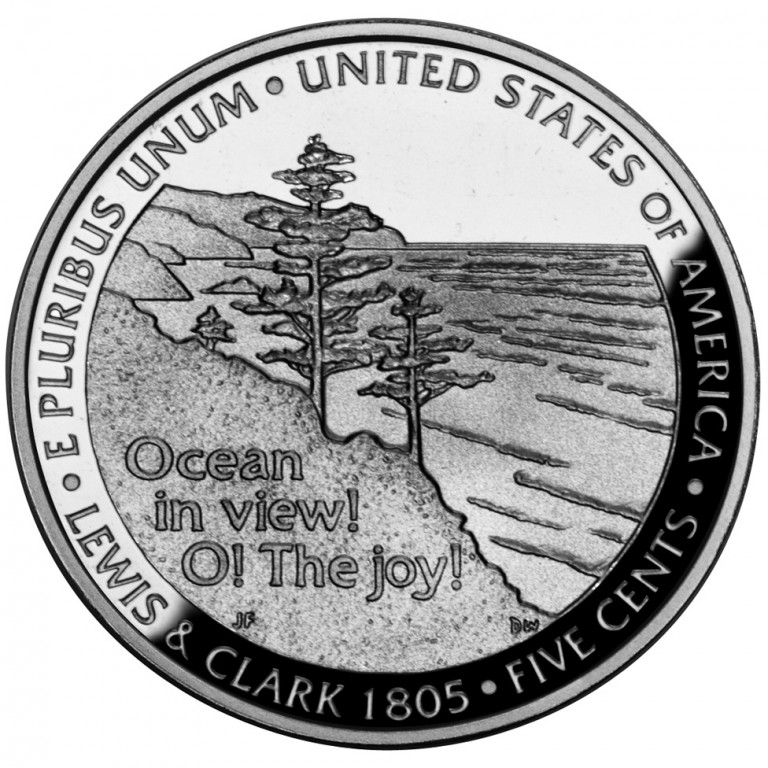 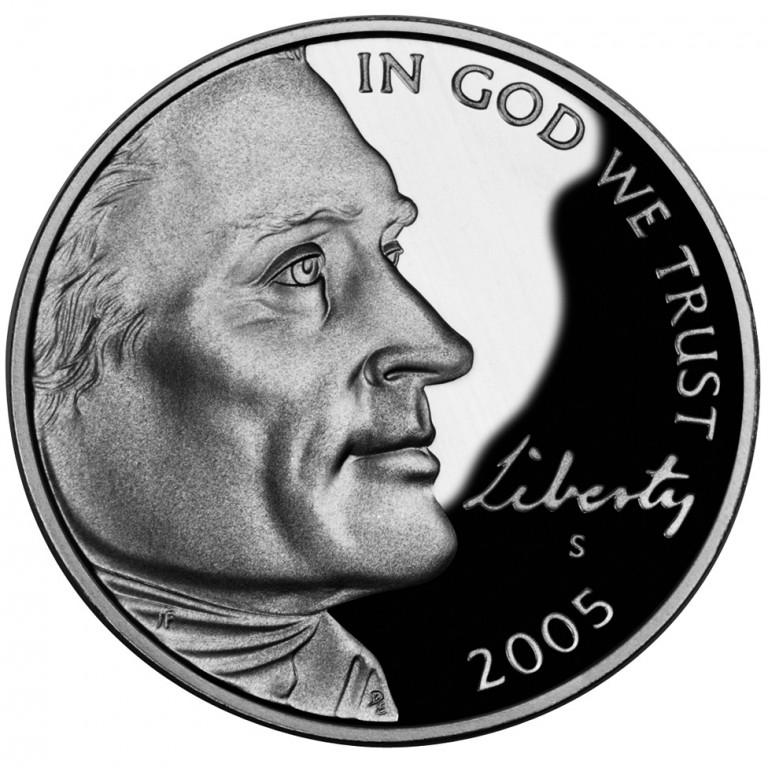 In 2004 and 2005, the U.S. Mint commemorated the bicentennials of the Louisiana Purchase and the Lewis and Clark expedition with the Westward Journey Nickel Series. The Ocean in View Nickel is the last of four coins in the series.

Like the American Bison Nickel, the obverse design shows a new likeness of Thomas Jefferson. The image appears only on the 2005 nickels in recognition of Jefferson’s role in the Louisiana Purchase and in commissioning the Lewis and Clark expedition. The design is based on the marble bust by the French sculptor Jean-Antoine Houdon, completed in 1789. The portrait was made age-appropriate to his presidency by utilizing later paintings by Gilbert Stuart and Rembrandt Peale. The new obverse image of Jefferson replaces the image that had been on the nickel since 1938.

The reverse shows a scene of the Pacific Ocean based on a photograph of the rocky, western coastline by Andrew E. Cier. The image visually depicts the Lewis and Clark expedition’s exultation on believing they had finally reached the Pacific Ocean after so many months of arduous travel.

Obverse (heads): The design bears a new likeness of Thomas Jefferson based on a bust of Jefferson by Jean-Antoine Houdon. The "Liberty" inscription is based upon Jefferson's own handwriting.

Reverse (tails): Features a scene of the Pacific Ocean as they might have been first viewed by the Lewis and Clark expedition. An inscription reflects an excited entry in the journal of Captain William Clark on November 7, 1805: "Ocean in view! O! The joy!".