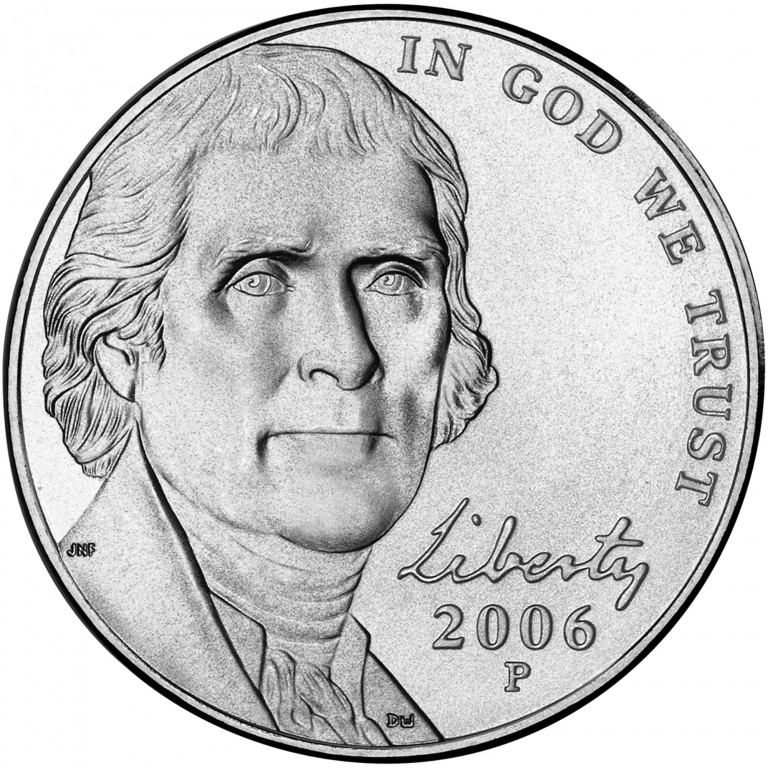 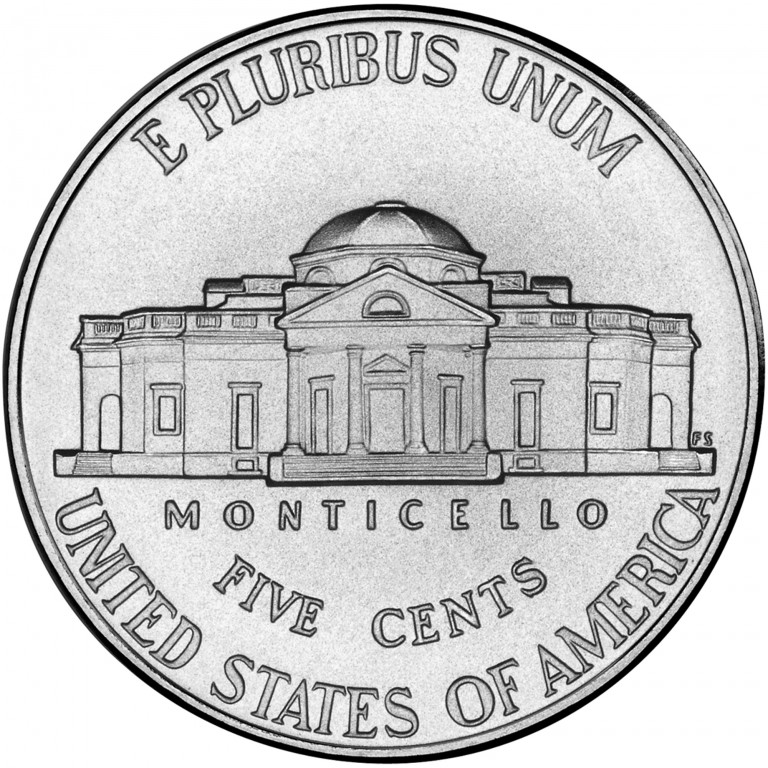 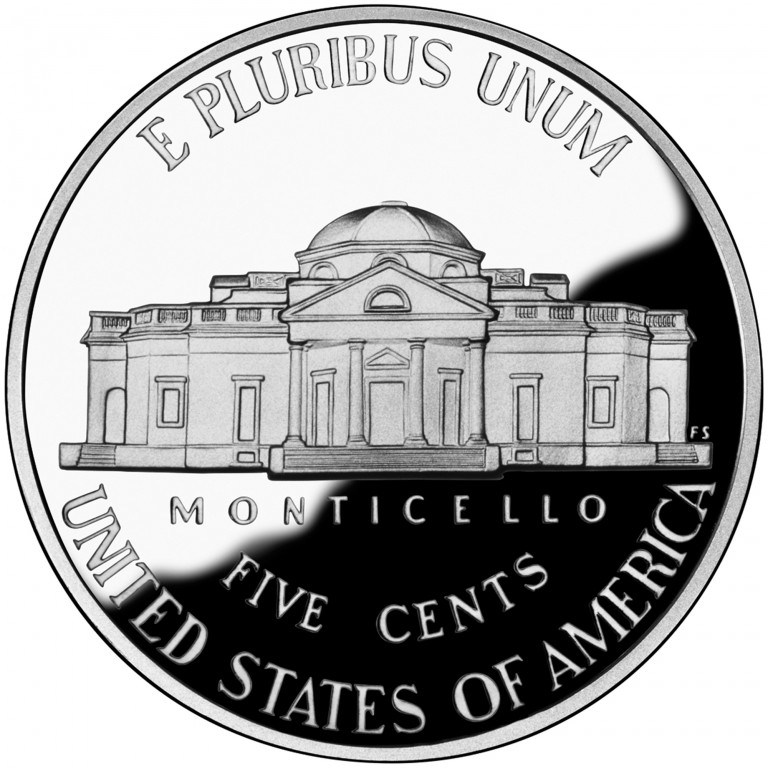 The U.S. Mint first issued the Return to Monticello Nickel in 2006, following the end of the Westward Journey Nickel Series.

The “Jefferson, 1800” obverse design features, for the first time in history, a forward-looking portrait of Thomas Jefferson. The image is based on the first Rembrandt Peale life study of Jefferson, done in 1800. Depicting Jefferson at 57 years of age, just before becoming President, this Peale portrait had a significant iconographic role during Jefferson’s lifetime. It was frequently used as a reference to create most of the images by which Jefferson’s contemporaries came to know him. The cursive “Liberty” inscription, which debuted on the 2005 nickels, is again presented in Jefferson’s own handwriting.

The reverse returns to the classic, familiar rendition of Monticello designed by Felix Schlag that appeared on nickels from 1938 to 2003. However, the 2006 design is crisper and more detailed, having been carefully restored by the Mint, guided by Schlag’s original work. Among the changes made are:

Jefferson designed Monticello himself, and construction began in 1768 when he was 25 years old. It was completed in 1823 when the former president and founding father was in his 80th year. A skilled horticulturalist, Jefferson also planned the smallest details of the landscaping at Monticello.

Obverse (heads): The design features a forward-facing portrait of Thomas Jefferson for the first time in history. It is based on a Rembrandt Peale painting from 1800, during Jefferson's lifetime. The cursive inscription, "Liberty" is based on Jefferson's handwriting.

Reverse (tails): The design returns to the familiar image of Jefferson's home, Monticello, used on the nickel from 1938 to 2003. The image has been restored using Felix Schlag's original work to bring out greater detail and relief to the dome, balconies, door, and windows.