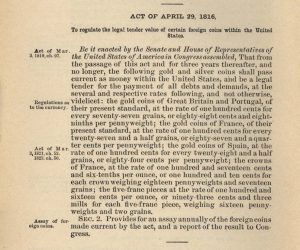 To regulate the legal tender value of certain foreign coins within the United States.

SEC. 2. Provides for an assay annually of the foreign coins made current by the act, and a report of the result to Congress.