Skip navigation
You are here: Home / Library / 50 State Quarters / Alaska Quarter
Did You Know?
We used to trade gold, silver, and copper.... 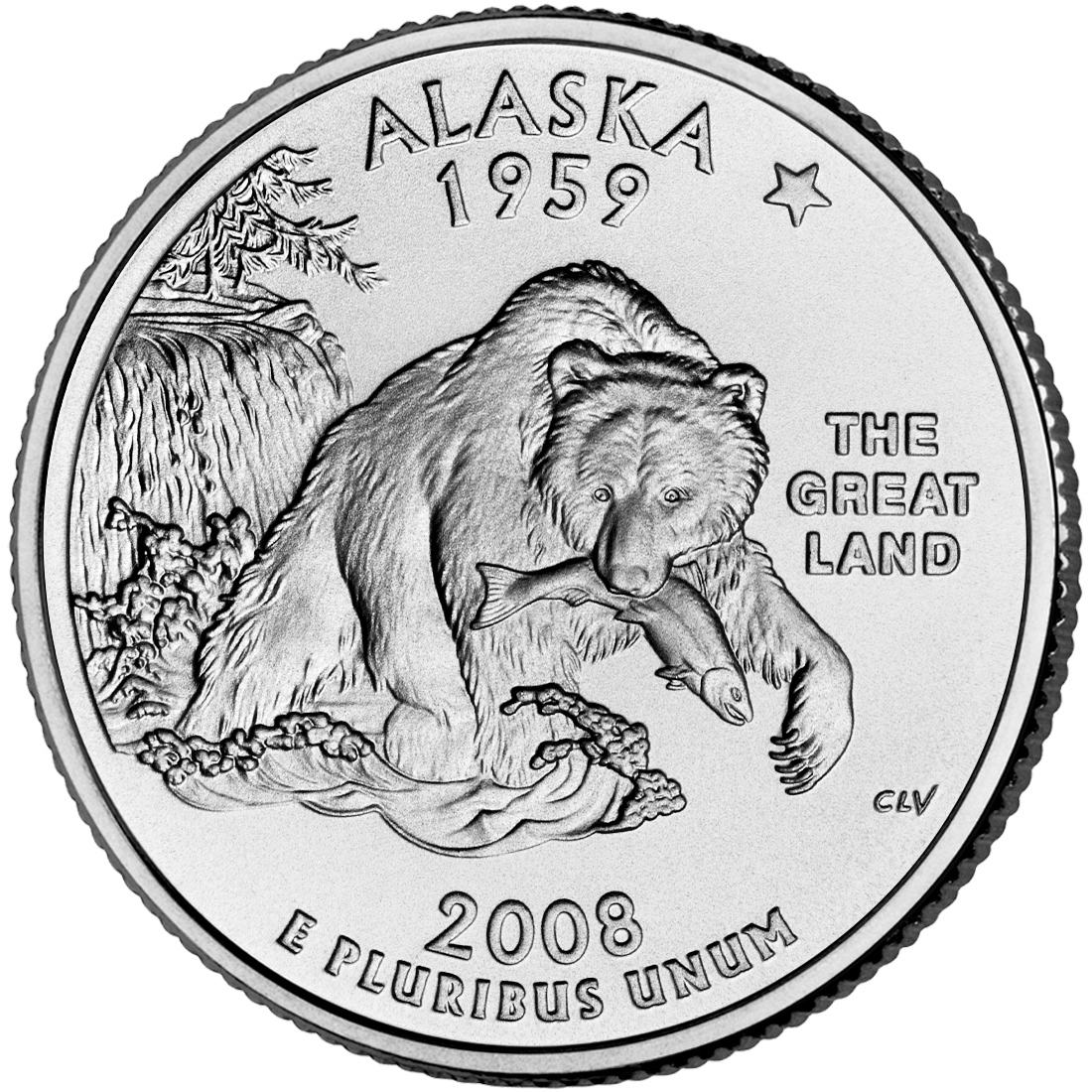 Reverse
Features a grizzly bear emerging from the water clutching a salmon in its jaw. A single star stands for the North Star. The phrase "The Great Land" is a translation of the Aleutian word "Alyeska" from which the state gets its name.
Obverse
Features the familiar image of George Washington.

Quarter number 49 commemorates state number 49, Alaska. The design features a grizzly bear catching a salmon in a river. A single star stands for the North Star. The phrase “The Great Land” is a translation of the Aleutian word “Alyeska” from which the state gets its name.

The bear and salmon remind us of all the beauty and wildlife in this state. The bear also represents strength, and the salmon, the nutrition that provides this strength. Visitors can see grizzly bears in places like Denali and Katmai National Parks. Most of the grizzly and brown bears of the United States live in Alaska.

Indians, Eskimos, and Aleuts had lived in Alaska for centuries. Europeans didn’t begin to explore the land until 1741. Russia was the first nation to set up a colony in Alaska, claim the land, and trade in furs. When Russia could no longer afford to maintain the colony, it sold Alaska to the United States in 1867 for $7.2 million (two cents per acre). Even at such a low price, many in the United States called the purchase foolish, but later discoveries of gold and oil on Alaskan soil proved it to be quite a bargain (not to mention a beautiful place to visit). Alaska became a state in 1959.