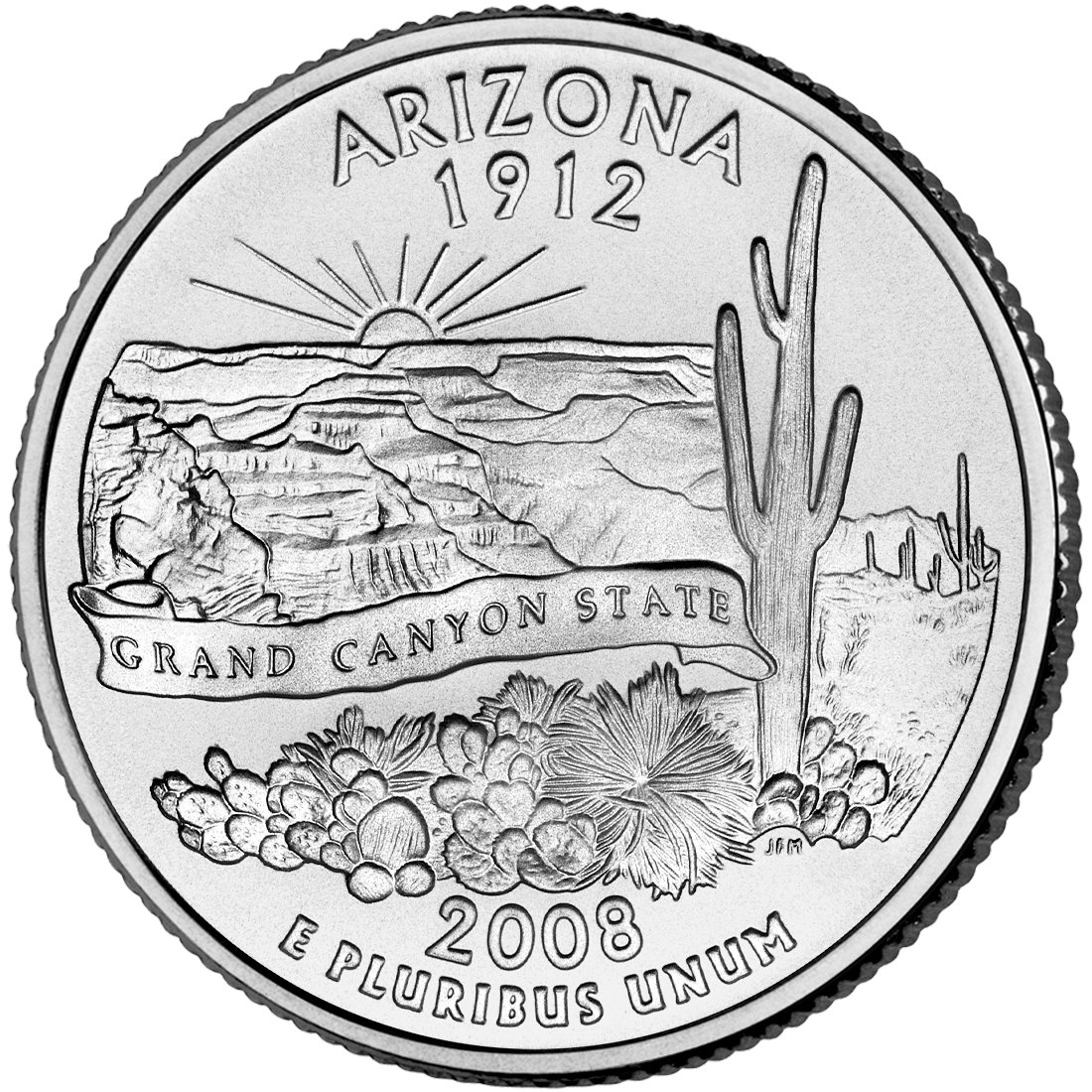 Halfway through the 2008 releases comes the last of the continental states to join the Union: Arizona. As the 48th state, Arizona’s quarter is the 48th quarter in the United States Mint’s 50 State Quarters Program. Arizona became a state on February 14, 1912.

The Grand Canyon joined the National Park system in 1919 and is visited by more than four million tourists a year. Covering more than 1 million acres in northwestern Arizona, the Canyon was sculpted by the mighty Colorado River. At its deepest point, the Canyon is 6,000 feet deep, and it gets as wide as 18 miles across, making it one of the seven natural wonders of the world. Several rare and threatened plant and animal species live there.