Skip navigation
You are here: Home / Library / 50 State Quarters / California Quarter
Did You Know?
After 100 years, the Louisiana Purchase was set in gold.... 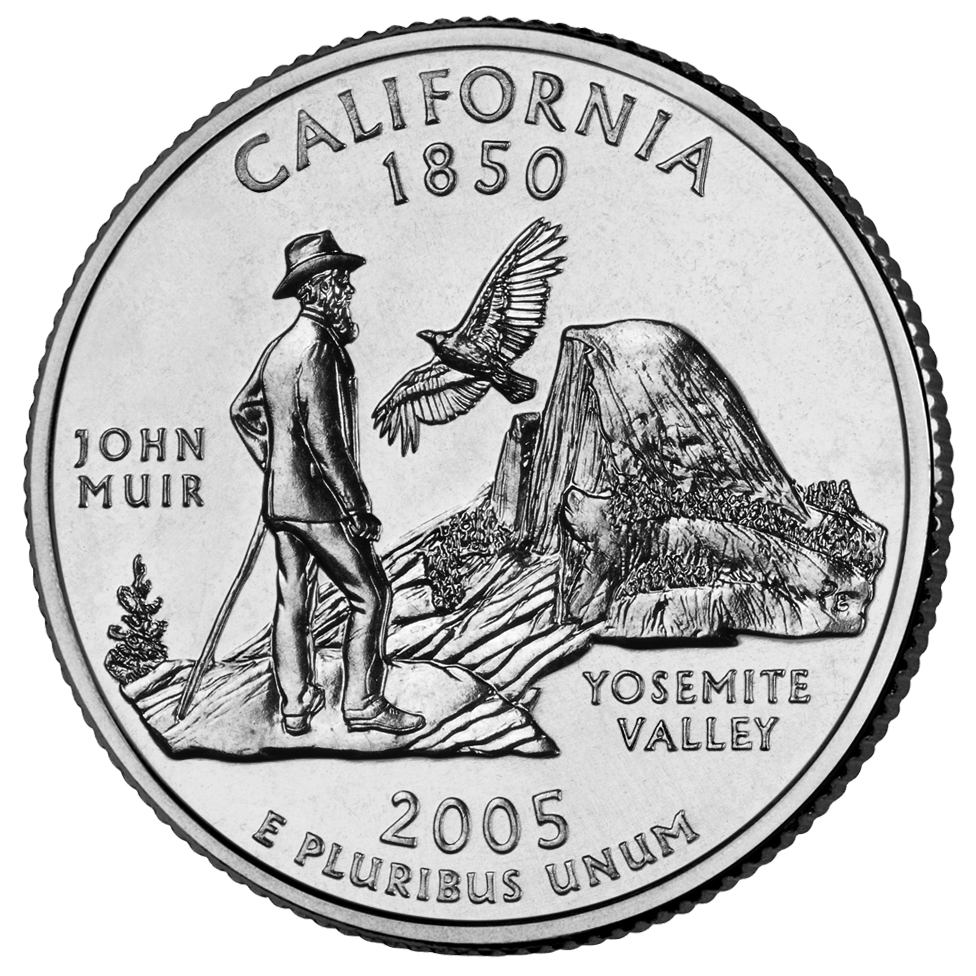 The first quarter of 2005 honors California. Since California became the 31st state in the Union, California’s quarter is the 31st quarter in the 50 State Quarters Program. For its design, the Golden State depicts John Muir, the Yosemite Valley, and a soaring California condor.

John Muir was born in Scotland but grew up in Wisconsin since he was 11. He devoted most of his life to protecting the beauty of nature and published more than 300 articles and 10 books that he wrote on the subject. After Congress established Yosemite National Park in 1890, Muir helped form a club to protect it. Because he was also personally involved in the creation of several other national parks, he earned the nickname “Father of Our National Park System.”

The California condor, with a wingspan as long as 9 feet, is also featured on the coin in a tribute to the successful repopulation of the once nearly extinct bird. In the 1980s, as few as 25 of these enormous birds remained, but thanks to a successful captive breeding program, more than 200 California condors live in the wild today.