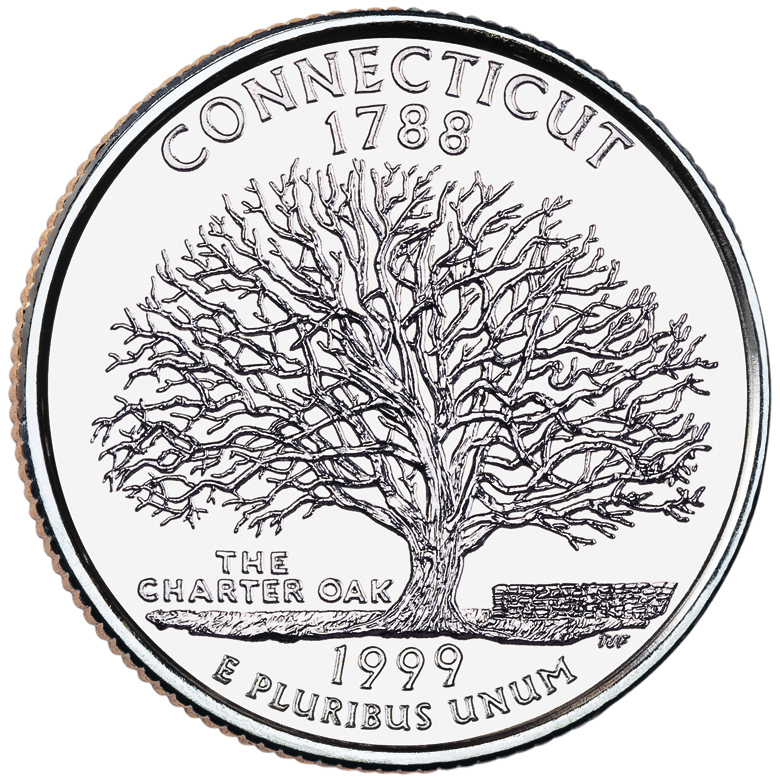 Reverse
Shows the famous Charter Oak tree that hid the charter won from Britain's King Charles II in 1662. This charter established Connecticut's boundaries and self-rule. In 1687, Captain Joseph Wadsworth saved the charter from the hands of the British, hiding it safely in this tree.
Obverse
Features the familiar image of George Washington.

Even after Connecticut became a state in 1788, it continued to use the 1662 British Charter as its constitution (the charter hidden safely in the Charter Oak tree). In fact, Connecticut used the charter for more than 300 years, until a new state constitution was adopted in 1965.