Skip navigation
You are here: Home / Library / 50 State Quarters / Idaho Quarter
Did You Know?
Some coins bear a mark of distinction... 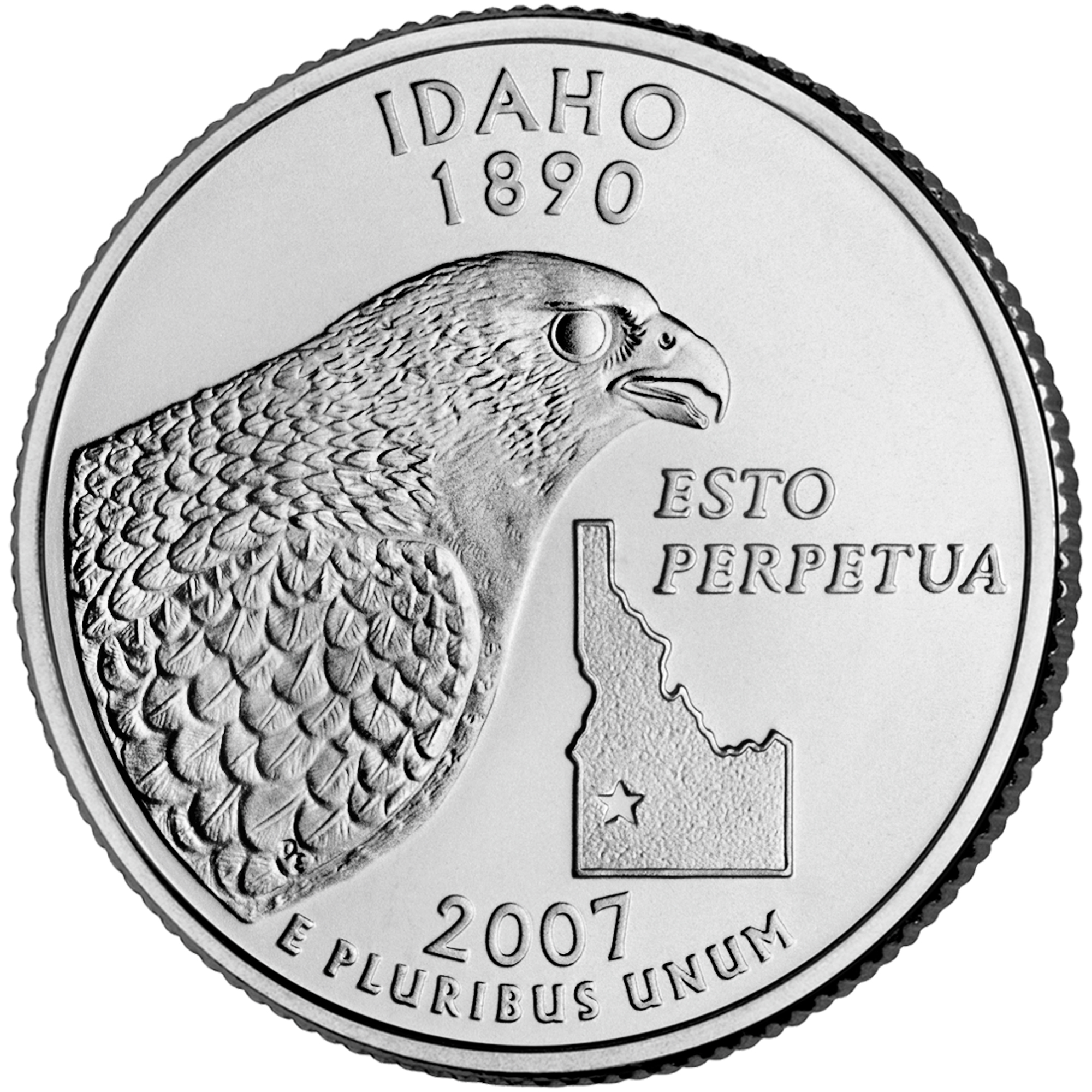 Reverse
Shows a peregrine falcon above an outline of the state.
Obverse
Features the familiar image of George Washington.

Idaho was state number 43 when it became a state and its quarter is quarter number 43 in the 50 State Quarters Program. The Gem State has chosen the peregrine falcon and an outline of the state as images for its design. The words “Esto Perpetua” make up the state’s motto, which is Latin for “May it be Forever.” These words appear on the state seal, adopted in 1891.

The peregrine falcon is one of the fastest-flying birds in the world. It was once on the endangered species list, but because it has been protected, it can now be found throughout Idaho and most of the country. Although the state bird is the mountain bluebird, the peregrine falcon is the state raptor (bird of prey), chosen in 2004. At the time of this writing, Idaho is the only state that has a state raptor.