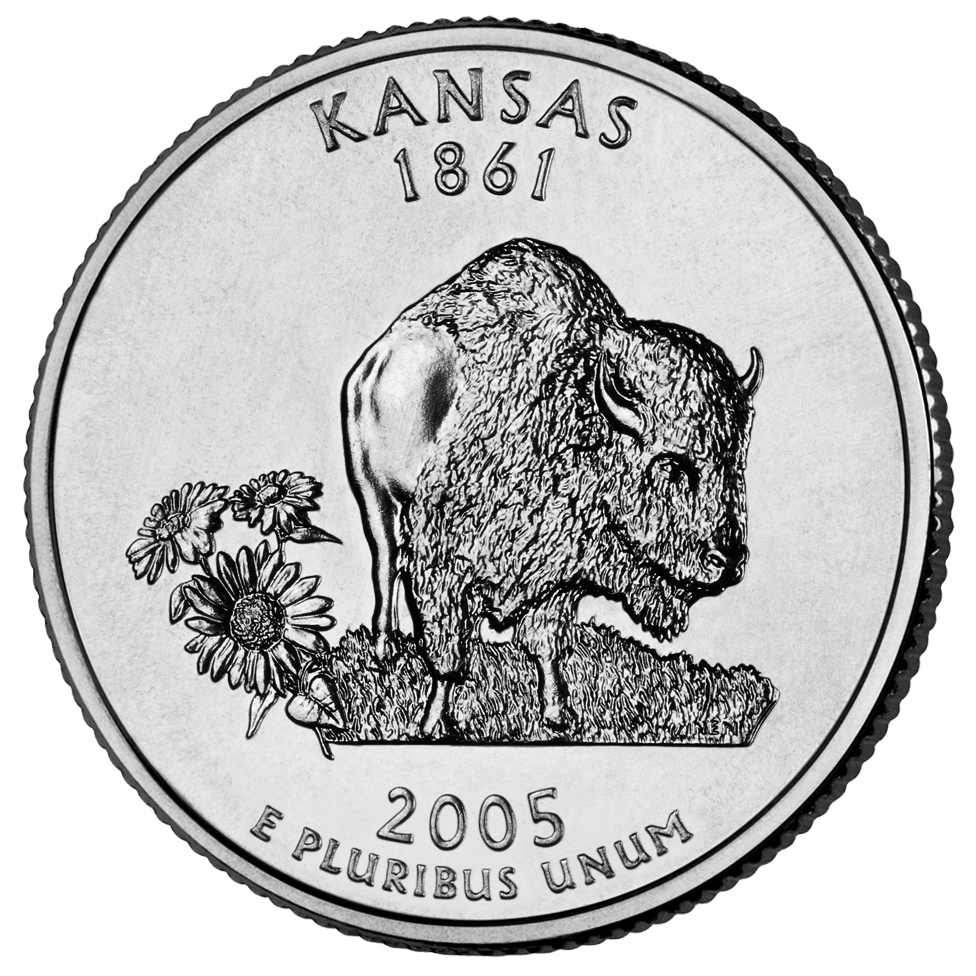 Reverse
Features a buffalo and a sunflower, two of the state's most beloved symbols.
Obverse
Features the familiar image of George Washington.

The fourth quarter released in 2005 honors the 34th state: Kansas. The state, which joined the Union on January 29, 1861, takes its name from the American Indian tribe called “Kansa” meaning “people of the south wind.”

The Kansas quarter features a buffalo and a sunflower, two of the state’s most beloved symbols. Both the buffalo and the sunflower were found throughout Kansas in the mid-1800s when Kansas became a state.

The state animal of Kansas, the buffalo — actually, the American bison — used to roam throughout North America. There is probably no other animal as closely linked to the American West in the minds of people all over the world. This coin is the second circulating coin of 2005 to carry an image of the buffalo, the first being a nickel.

The sunflower is the state flower of Kansas and the basis of its nickname, “the Sunflower State.” Sunflowers are among the largest annual flowers around, although they also come in smaller forms. Their seeds nourish several kinds of wildlife as well as people.