Skip navigation
You are here: Home / Library / 50 State Quarters / Maine Quarter
Did You Know?
The man on the coin may be still alive!... 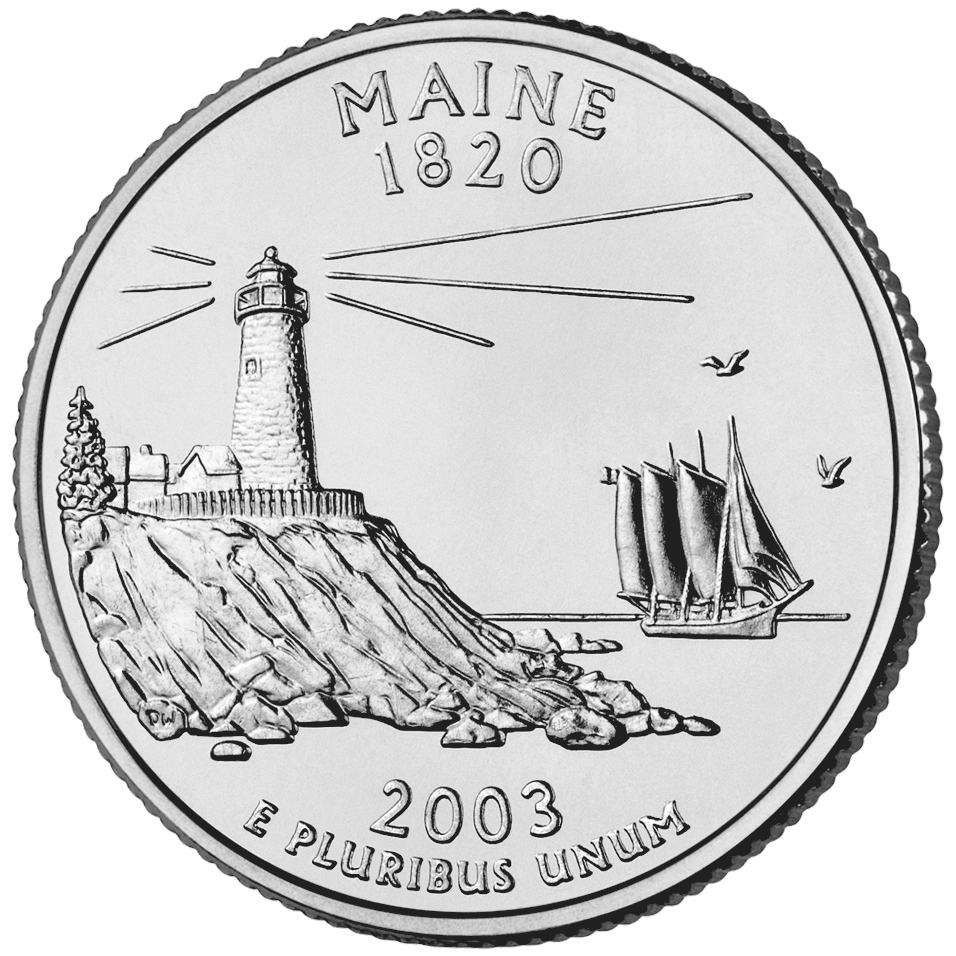 Reverse
Shows the Pemaquid Point Light and a schooner at sea.
Obverse
Features the familiar image of George Washington.

This quarter is number 23 in the 50 State Quarters Program. Maine became the 23rd state as part of the Missouri Compromise. Every morning, the sun shines in Maine first because it’s the easternmost state, and every night, Maine’s lighthouses help to keep ships safe.

This quarter shows the lighthouse at Pemaquid Point. In 1826, Congress paid to have the lighthouse built six years after Maine became a state, and the light still guides ships around the shoals in its bays. The ship on the quarter looks like the schooner Victory Chimes of the Windjammer Fleet. Windjammers are sailboats that used to carry cargo and passengers to different ports. Both windjammers and lighthouses played an important part in Maine’s shipping history.