Skip navigation
You are here: Home / Library / 50 State Quarters / Michigan Quarter
Did You Know?
Once it was hard to tell a penny from a dime... 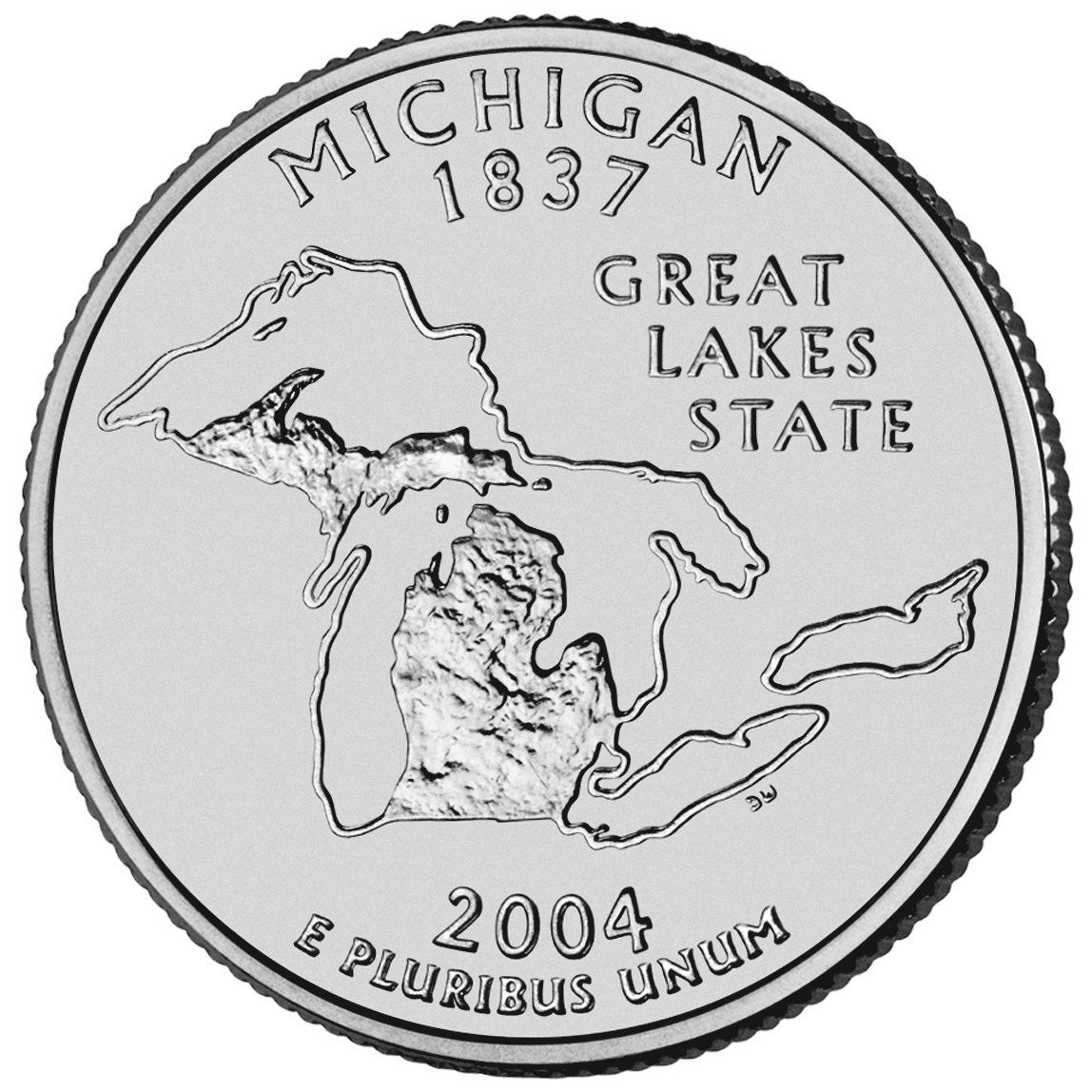 Reverse
Shows the state's outline and topography, and all five Great Lakes.
Obverse
Features the familiar image of George Washington.

This new quarter shows the mitten-shaped outline of Michigan and the surrounding Great Lakes (Lakes Superior, Michigan, Huron, Erie, and Ontario). These lakes, which together make the largest body of fresh water in the world, have played a major part in Michigan’s history and economy. The lakes have brought many tourists and industries (such as shipping and mining) to Michigan’s shores.