Skip navigation
You are here: Home / Library / 50 State Quarters / Mississippi Quarter
Did You Know?
You can hold a Ferris wheel in the palm of your hand... 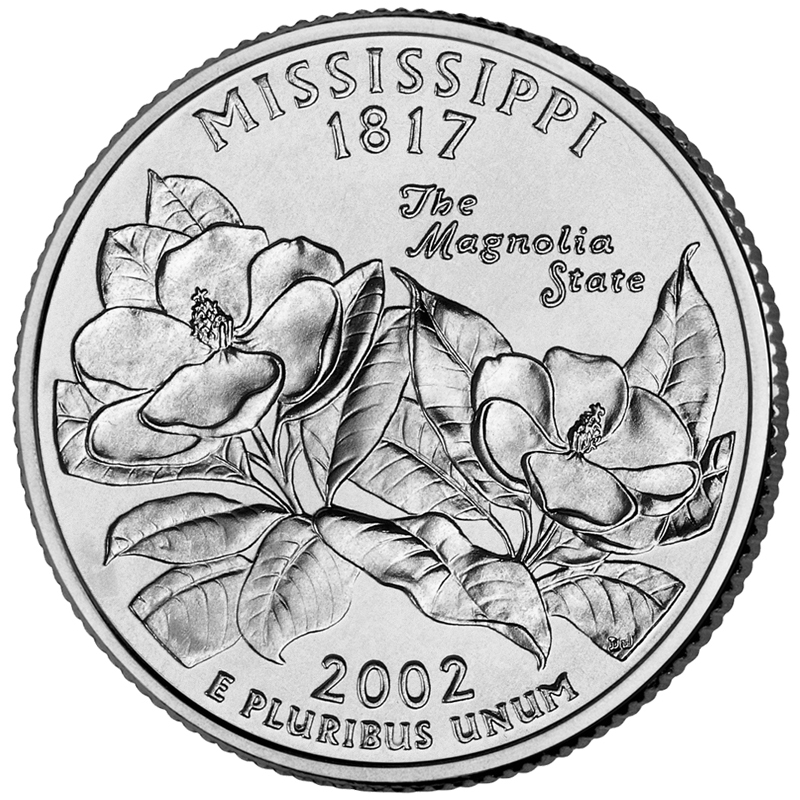 Reverse
Shows the beauty of the state flower, combining the blossoms and leaves of two magnolias.
Obverse
Features the familiar image of George Washington.

Quarter number 20 comes from the magnolia state, Mississippi. Pierre Magnol is the plant scientist who named the magnolia. It’s popular throughout the South even though it originally came from Asia.

Governor Ronnie Musgrove sent three design ideas to the Mint for its artists to work on. From the three final designs that the Mint sent back to him, he chose “The Magnolia State” as the final quarter design.