Skip navigation
You are here: Home / Library / 50 State Quarters / Montana Quarter
Did You Know?
Honest, you’d be lucky to have a silly head! Here’s why... 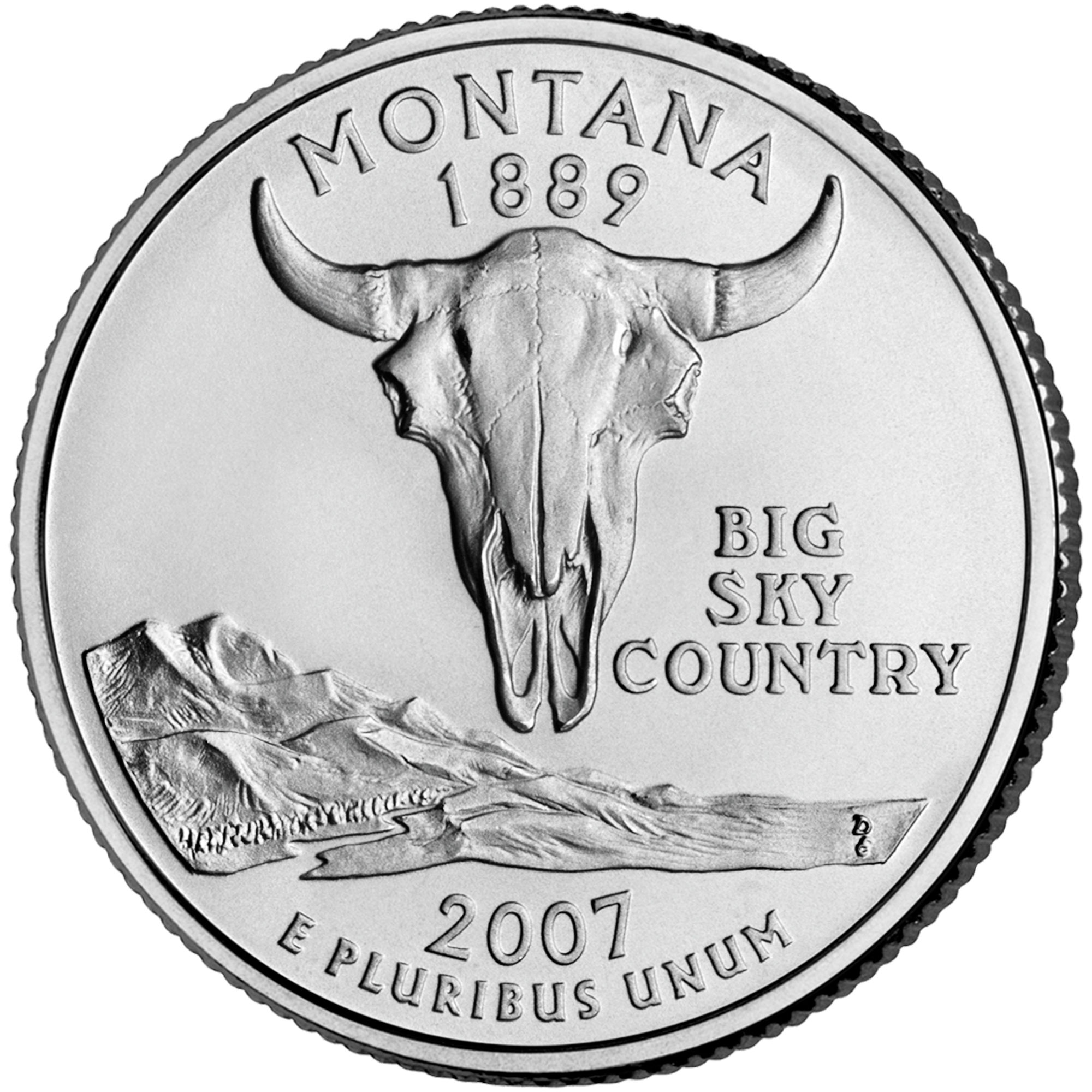 The bison skull reminds us of the rich American Indian heritage of Montana. Tribes such as the Crow and the Northern Cheyenne once lived in this area. Much of their food, clothing, and shelter came from the huge herds of bison that roamed the Great Plains. The bison skull is a symbol seen on many of Montana’s schools, businesses, and license plates.

Lewis and Clark visited Montana, fur trappers hunted there, and prospectors found gold in this state during the 1860s. Cattle ranchers also made their way west to Montana. “Montana” means “mountain” in Spanish, and the Rocky Mountains run through the state. There are also plenty of wide open spaces in the “Big Sky Country” as well, while its rich mining industry makes it “the Treasure State.”