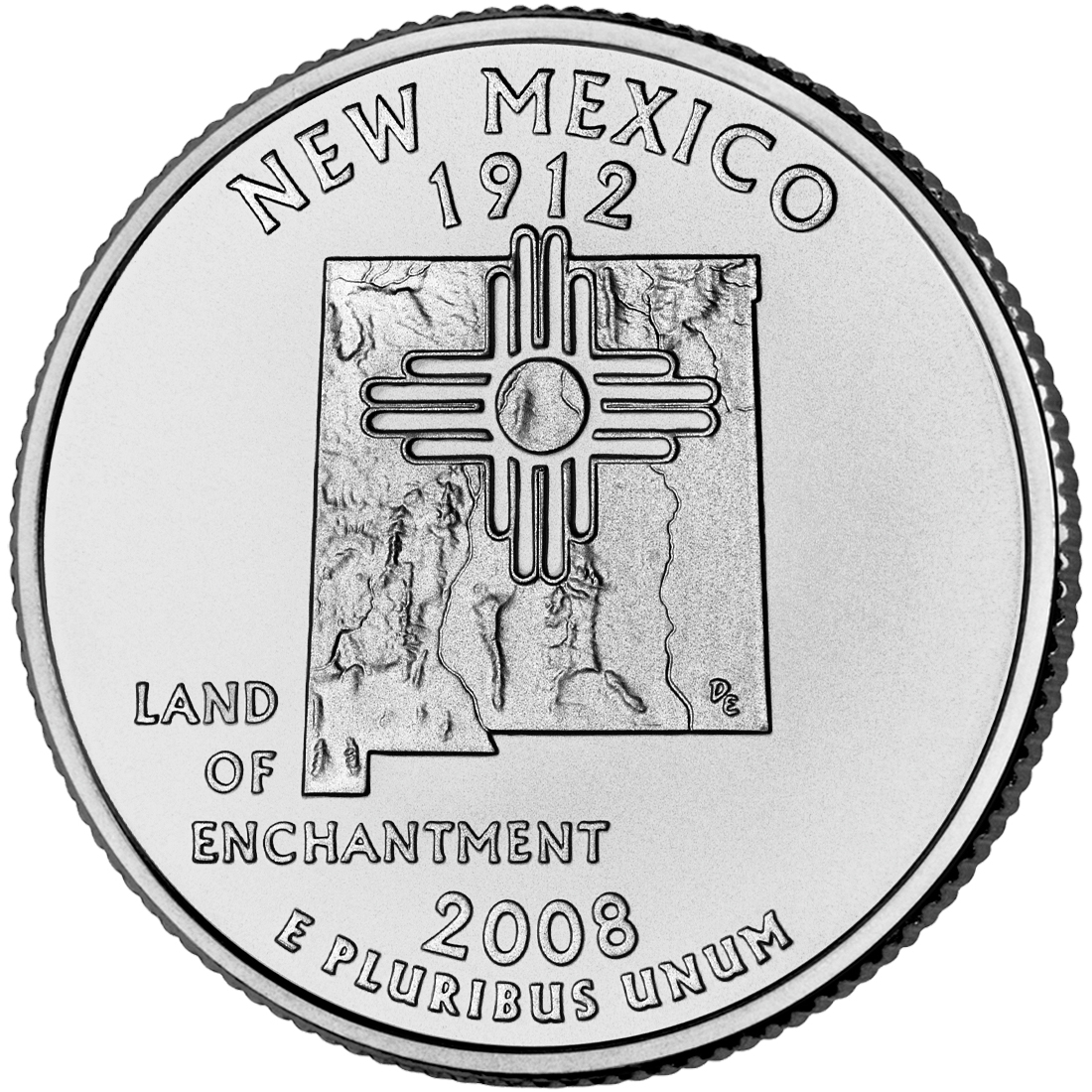 Reverse
Features a topographical outline of the state with a Zia sun symbol, which marks the location of Santa Fe, the capital city.
Obverse
Features the familiar image of George Washington.

The quarter that honors New Mexico is the 47th coin in the United States Mint’s 50 State Quarters Program, just as New Mexico was the 47th state to join the Union (on January 6, 1912). The reverse of New Mexico’s quarter features an outline of the state with a topographical texture. The location of the capital city, Santa Fe, is marked by a Zia sun symbol.

This symbol, from the Zia Pueblo people, represents the giver of all good. From the central circle, representing life and love without beginning or end, four groups of four rays represent gifts in groups of four: the four directions, the four seasons, the four parts of a day (sunrise, noon, evening, and night), and the four parts of a person’s life (childhood, youth, adulthood, and old age). Other American Indian cultures have also had great influence on New Mexico, the state nicknamed “Land of Enchantment.”