Skip navigation
You are here: Home / Library / 50 State Quarters / New York Quarter
Did You Know?
Coins, like students, can get low grades... 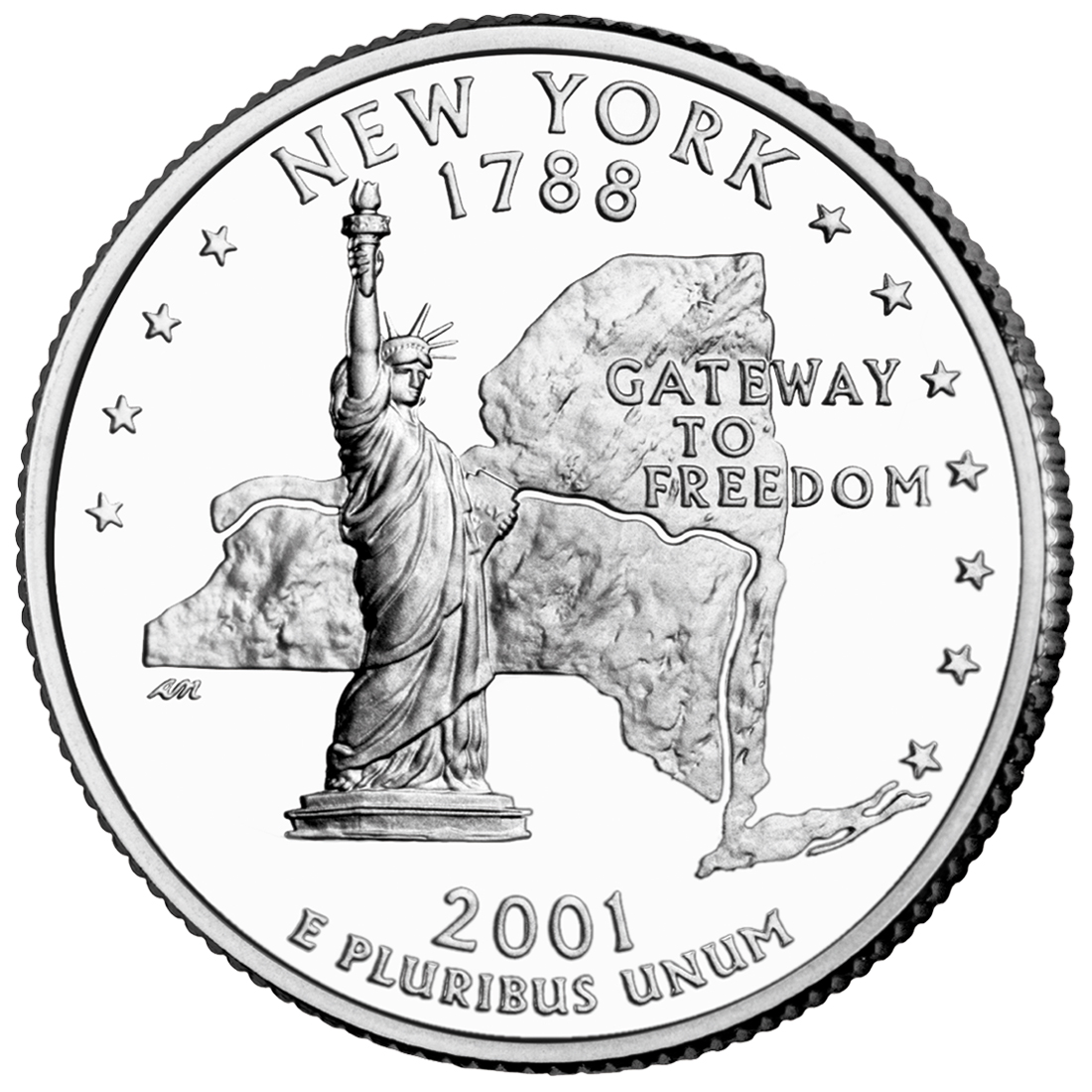 One of our nation’s most beloved symbols of freedom, “Lady Liberty” has stood in New York City’s harbor, welcoming immigrants to our country since 1886.

A gift from the people of France, she is made of steel covered in copper and stands 151 feet tall, from the ground to the tip of her torch. Her pinky finger alone is 8 feet long. Lady Liberty has guided the way for millions who have entered New York by boat—maybe even your own great, great grandparents. One of the best-known American landmarks, she was designated a National Monument in 1924.

If you look closely at the image of the state, you’ll also see a line indicating the Erie Canal, which was important to the growth of New York’s business and population in the early 1800s.