Skip navigation
You are here: Home / Library / 50 State Quarters / North Dakota Quarter
Did You Know?
The President got the first Jefferson nickel.... 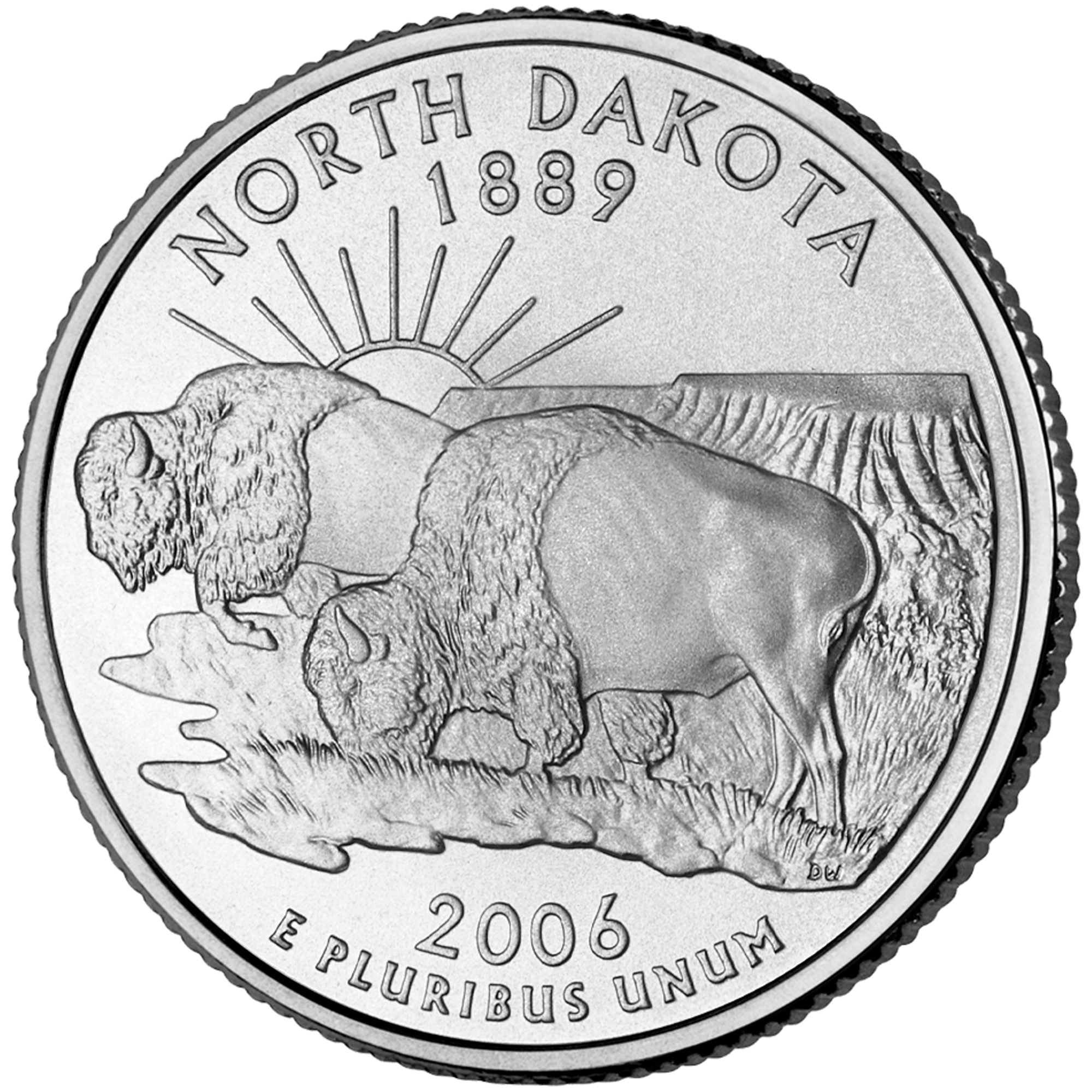 Reverse
Shows a pair of grazing American bison in the foreground, a sunset view of the rugged buttes, and canyons that symbolize the state’s Badlands region.
Obverse
Features the familiar image of George Washington.

As the sun sets in the west, two bison (American buffalo) graze the Badlands on the North Dakota quarter. This, the fourth quarter of 2006 and 39th of the 50 State Quarters Program, honors the 39th state admitted into the Union. The rugged but beautiful Badlands region, with its buttes (BYOOTS, flat-topped hills) and hoodoos (lumpy stone columns), is part of the Great Plains of central North America.

President Theodore Roosevelt, a nature lover who owned ranches in North Dakota, founded the U.S. Forest Service and established many national parks. Later, President Woodrow Wilson founded the National Park Service to save and take care of unspoiled places like the Badlands.

Part of the Badlands is now in Theodore Roosevelt National Park in North Dakota where animals like elk, prairie dogs, and bison live. Until the 1860s, huge herds of American bison roamed free in the Badlands. Although later the animal came close to extinction, more than 400 wild buffalo now live in the park.