Skip navigation
You are here: Home / Library / 50 State Quarters / South Dakota Quarter
Did You Know?
So you think you know how much a Continental Dollar is worth?... 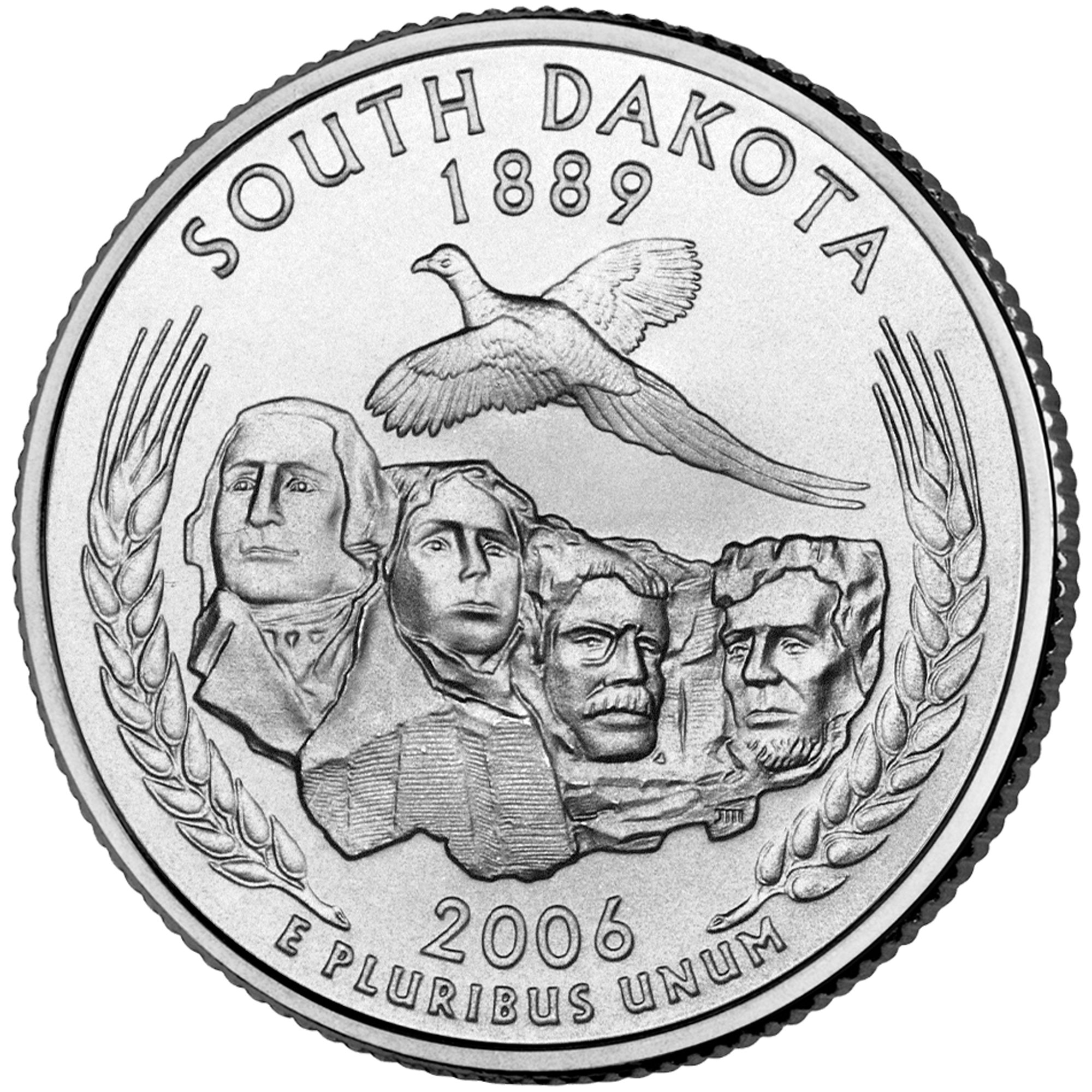 Reverse
Shows the state bird, the Chinese ring-necked pheasant, in flight above the Mount Rushmore National Memorial, and bordered by heads of wheat.
Obverse
Features the familiar image of George Washington.

The quarter that honors South Dakota, the 40th state admitted into the Union, is the 40th coin in the United States Mint’s 50 State Quarters Program. This fifth quarter of 2006 ends the Program’s eighth year.

The South Dakota quarter features an image of the state bird, a Chinese ring-necked pheasant. Why Chinese? This colorful bird was brought to South Dakota in 1898. Pheasants live mostly in the Midwest, so many other states consider them a delicacy. Wheat, a major crop in South Dakota, decorates the sides of the design.

In the center of the design is Mount Rushmore, where the busts of four American Presidents (George Washington, Thomas Jefferson, Theodore Roosevelt, and Abraham Lincoln) are sculpted. It took 14 years to sculpt Mount Rushmore, a 5,725-foot peak. The team finished the work in 1941. This famous “Shrine of Democracy,” which cost about $1 million to sculpt, is considered priceless.