Skip navigation
You are here: Home / Library / 50 State Quarters / Vermont Quarter
Did You Know?
The bison on the Buffalo Nickel once roamed New York City... 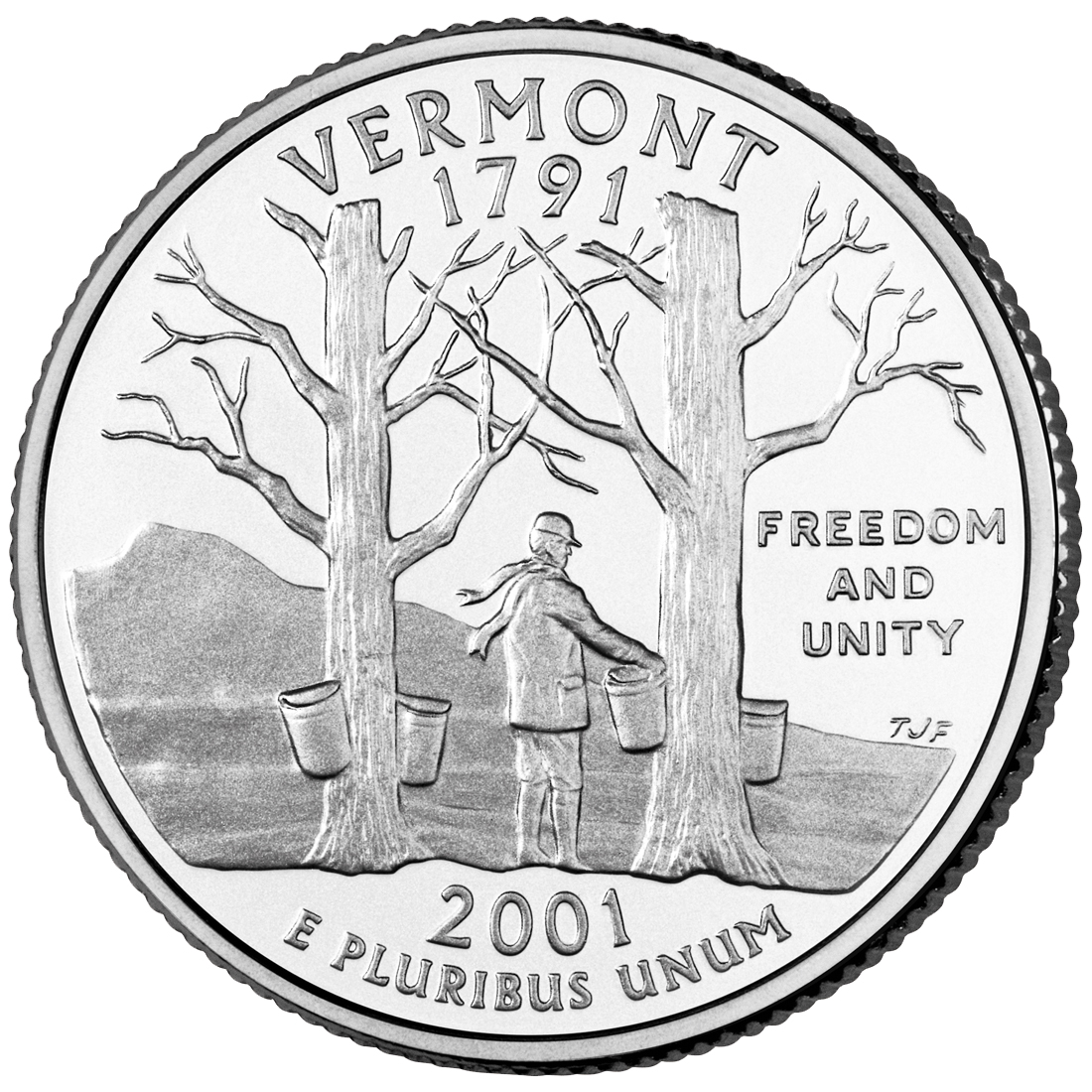 Reverse
Shows maple trees being tapped for syrup against a background of Camel's Hump Mountain.
Obverse
Features the familiar image of George Washington.

The first state admitted to the Union after the original 13 colonies, Vermont is known as the “Green Mountain State” because of its beautiful mountains covered in evergreen trees. But its maple trees are more important to most American kids. By putting a little metal device (sort of like a water spigot) into each tree, the sap can be collected to make a delicious, brown syrup. Still a favorite with pancake eaters across the country, it was America’s biggest source of sugar until the early 1800s, when cane sugar—the kind you find in sugar bowls now—was introduced.