Skip navigation
You are here: Home / Library / 50 State Quarters / Washington Quarter
Did You Know?
Half a dime wasn’t a nickel then.... 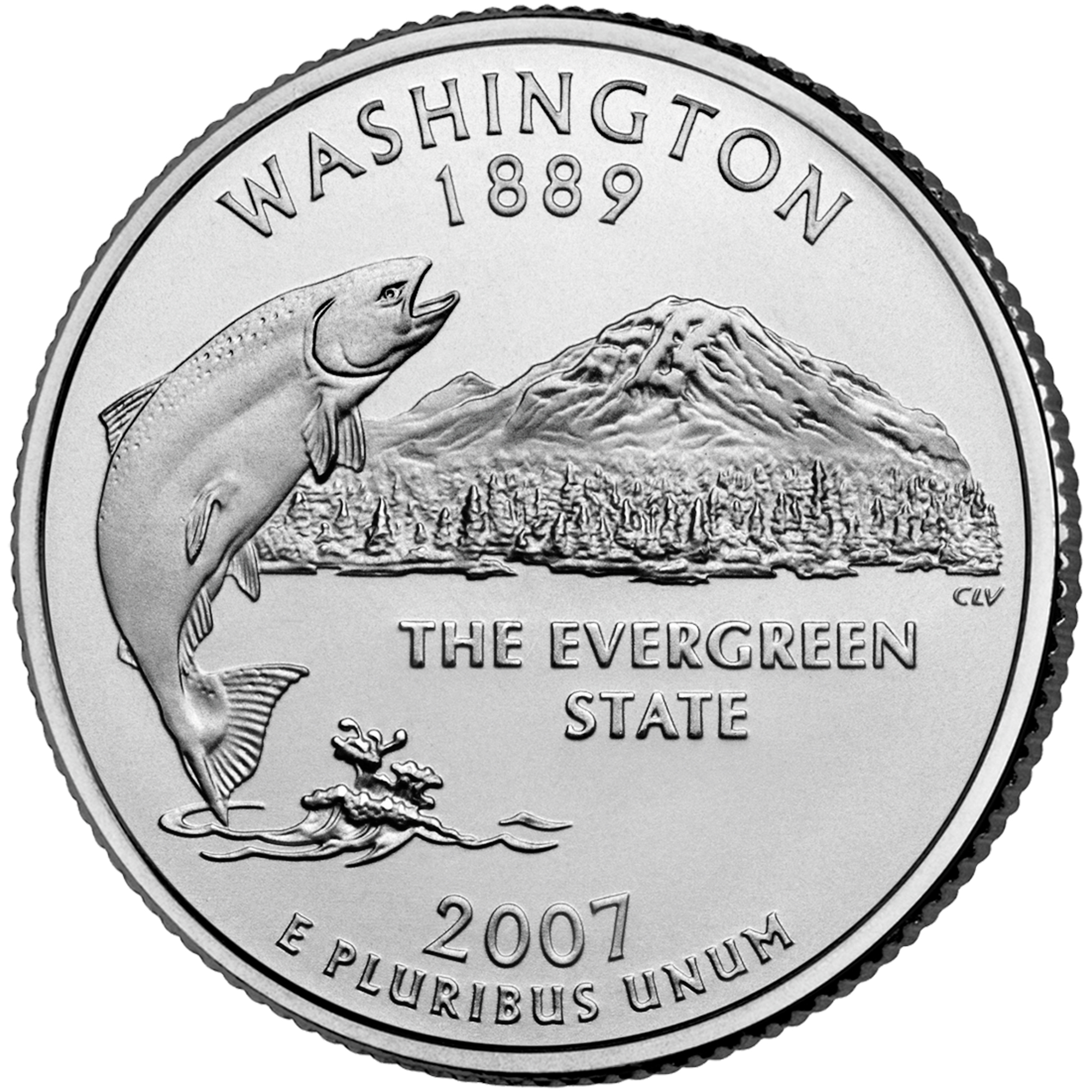 Reverse
Shows a king salmon jumping out of the water, with Mount Rainier in the background.
Obverse
Features the familiar image of George Washington.

Washington joined the Union in 1889 as our nation’s 42nd state, so its design is the 42nd in the 50 State Quarters Program. The image shows a king salmon jumping out of the water, with Mount Rainier in the background.

Mount Rainier, part of the Cascade Range that passes through the state, is a volcano covered by snow and glaciers. It hasn’t erupted in recent years, but it’s still considered an active volcano. As a symbol, it seems to connect the eastern and western parts of the state because of its central location.