Skip navigation
You are here: Home / Library / 50 State Quarters / West Virginia Quarter
Did You Know?
If you’re worth 25 cents, why not say so?... 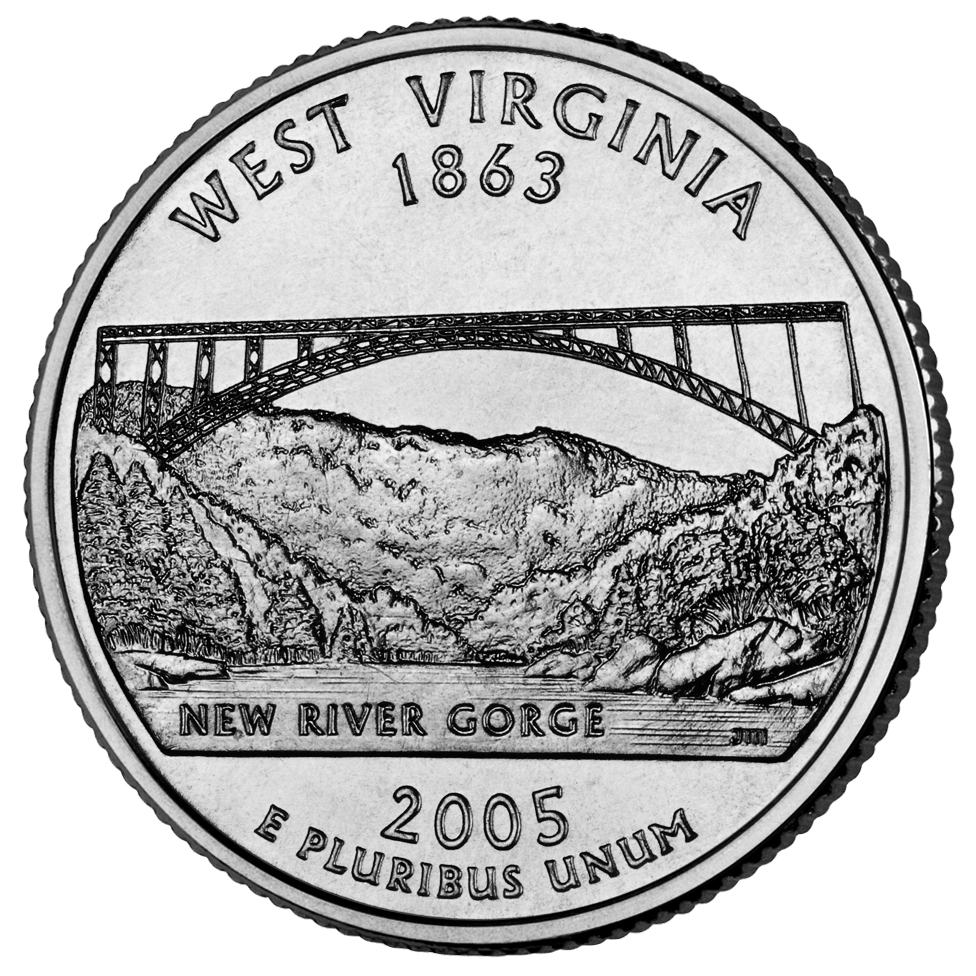 West Virginia’s quarter is the last of five quarters released in 2005 and the 35th in the 50 State Quarters Program. This coin’s image of the New River Gorge, its river, and its bridge, reminds us of the beauty of the “Mountain State.”

Before gaining statehood, the area that is now West Virginia was part of Virginia. When Virginia announced that it was leaving the Union at the start of the Civil War in 1861, the western part of the state formed the Restored Government of Virginia in Wheeling and drafted a state constitution. Congress was willing to recognize the new state as West Virginia if slavery would be against the law in that state. On June 20, 1863, West Virginia became the nation’s 35th state.

The West Virginia design combines the beauty of the gorge with a wonder of engineering. At 3,030 feet long, the New River Gorge Bridge is one of the world’s longest steel spans and the second highest bridge in the United States, rising 876 feet above the gorge. For years, crossing the New River Gorge meant a long trip on narrow, winding mountain roads. The bridge turned the 40-minute detour into a beautiful 1-minute drive.