Skip navigation
You are here: Home / Library / 50 State Quarters / Wyoming Quarter
Did You Know?
The buffalo was once a newcomer.... 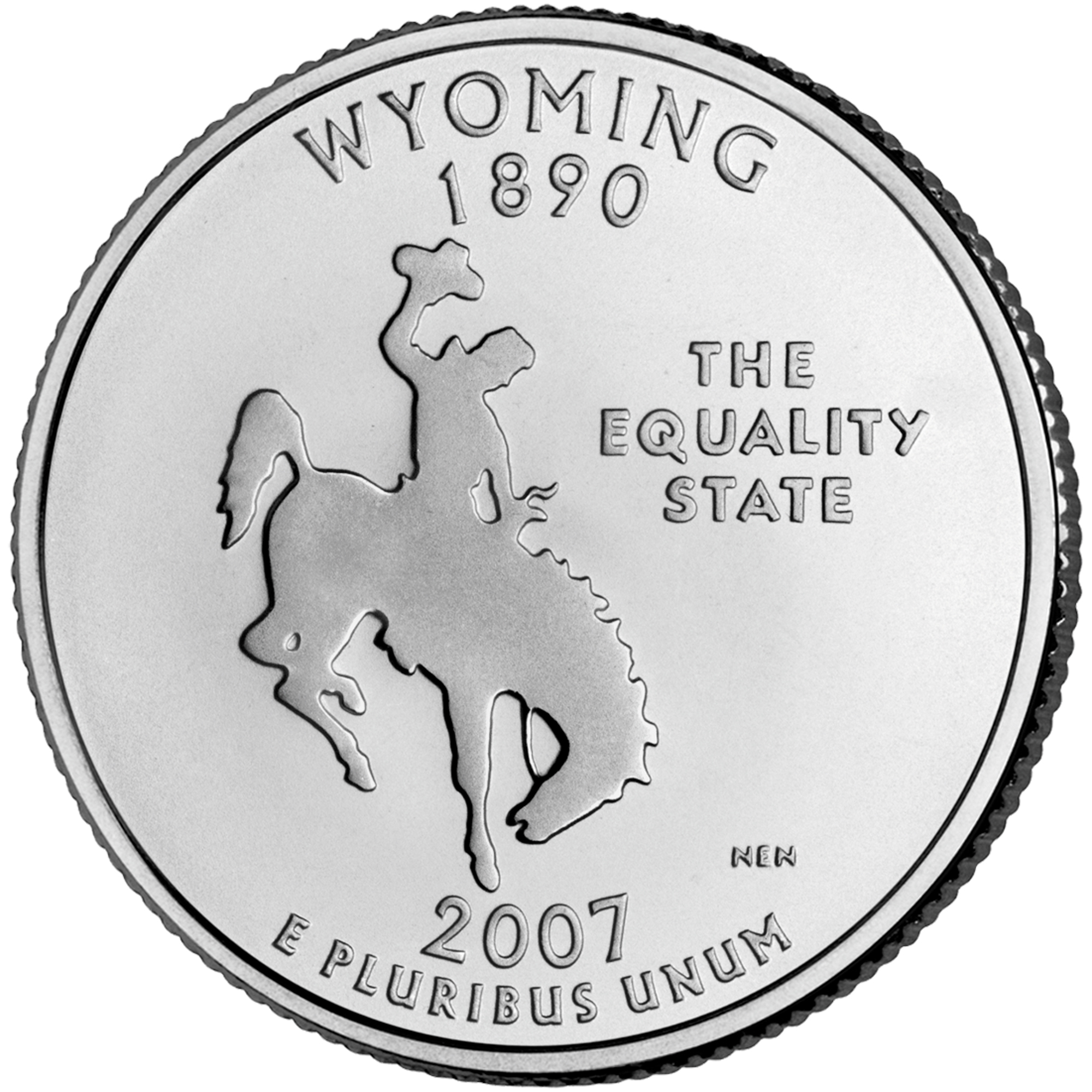 Reverse
Shows a bucking horse and rider and the state's motto, "The Equality State."
Obverse
Features the familiar image of George Washington.

Wyoming’s quarter is the 44th in the 50 State Quarters Program. Wyoming became the 44th state when it joined the Union in 1890.

Wyoming was nicknamed the “Equality State” because of its role in granting full voting rights to women. Not only was women’s suffrage first practiced in Wyoming, but the state was the first that allowed women to serve on juries and hold public office as well. The first woman governor of the state was Nellie Tayloe Ross (elected in 1924). Ross later became the first woman to be appointed as the Director of the United States Mint, a position she held for 20 years.