Skip navigation
You are here: Home / Library / America the Beautiful Quarters / Acadia National Park Quarter
Did You Know?
Black Diamond was not a “model” model!... 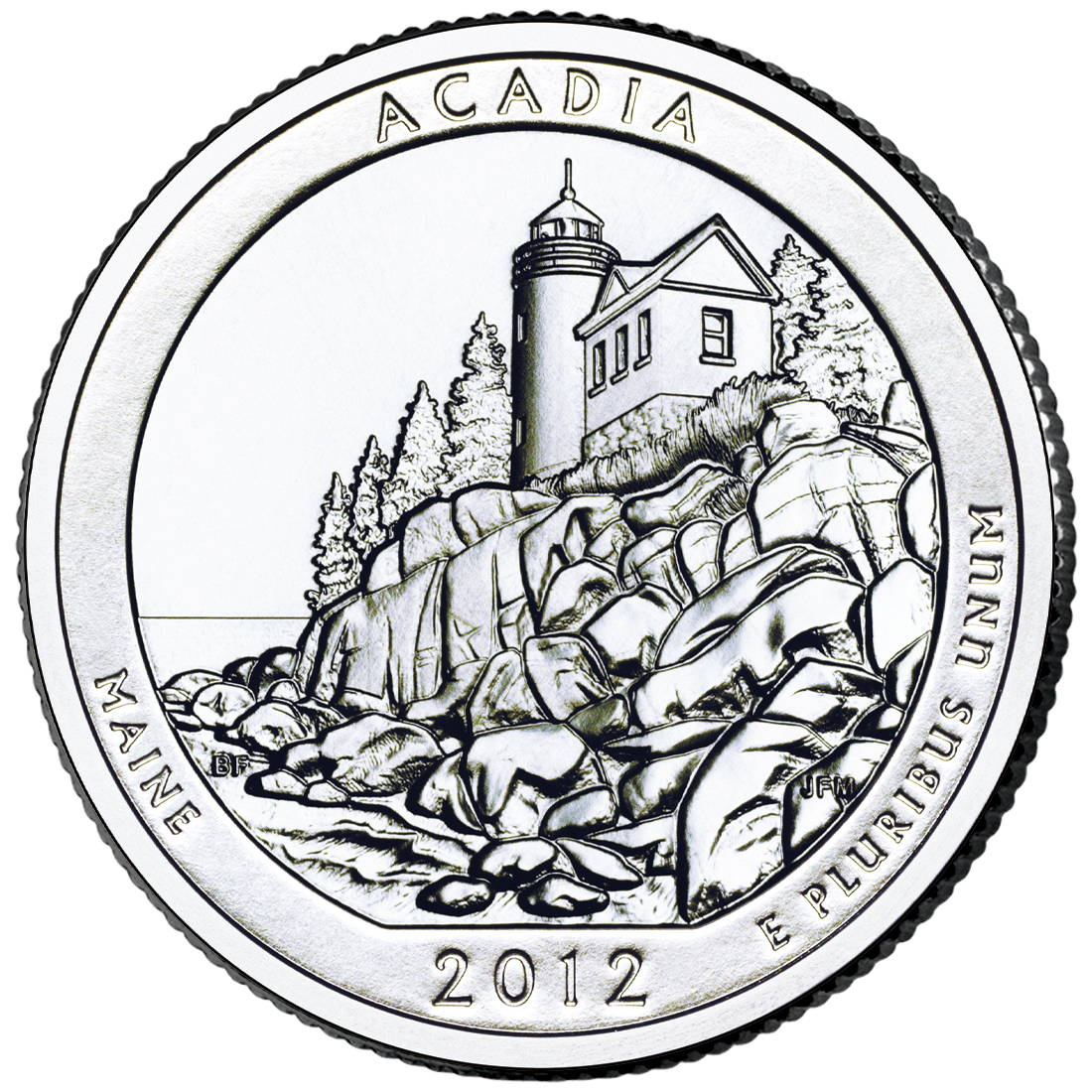 Reverse
Features the Bass Harbor Head Lighthouse and Acadia's rough Atlantic coastline. The coastline, the lighthouse, the pine trees, and the ocean in the design represent some of the major features of Acadia National Park.
Obverse
Features the portrait of George Washington by John Flanagan, used on the quarter-dollar coin since 1932.

The Acadia National Park quarter is the 13th design in the America the Beautiful Quarters® Program. Early 20th-century residents of Mount Desert Island saw the need to guard the island’s awesome beauty by setting land aside as a national park.

The park is home to the tallest mountain on the U.S. Atlantic Coast. Visitors to Acadia can enjoy hiking over granite peaks, biking on historic carriage roads, and viewing the spectacular scenery.