Skip navigation
You are here: Home / Library / America the Beautiful Quarters / Blue Ridge Parkway Quarter
Did You Know?
How can you tell where a coin came from?... 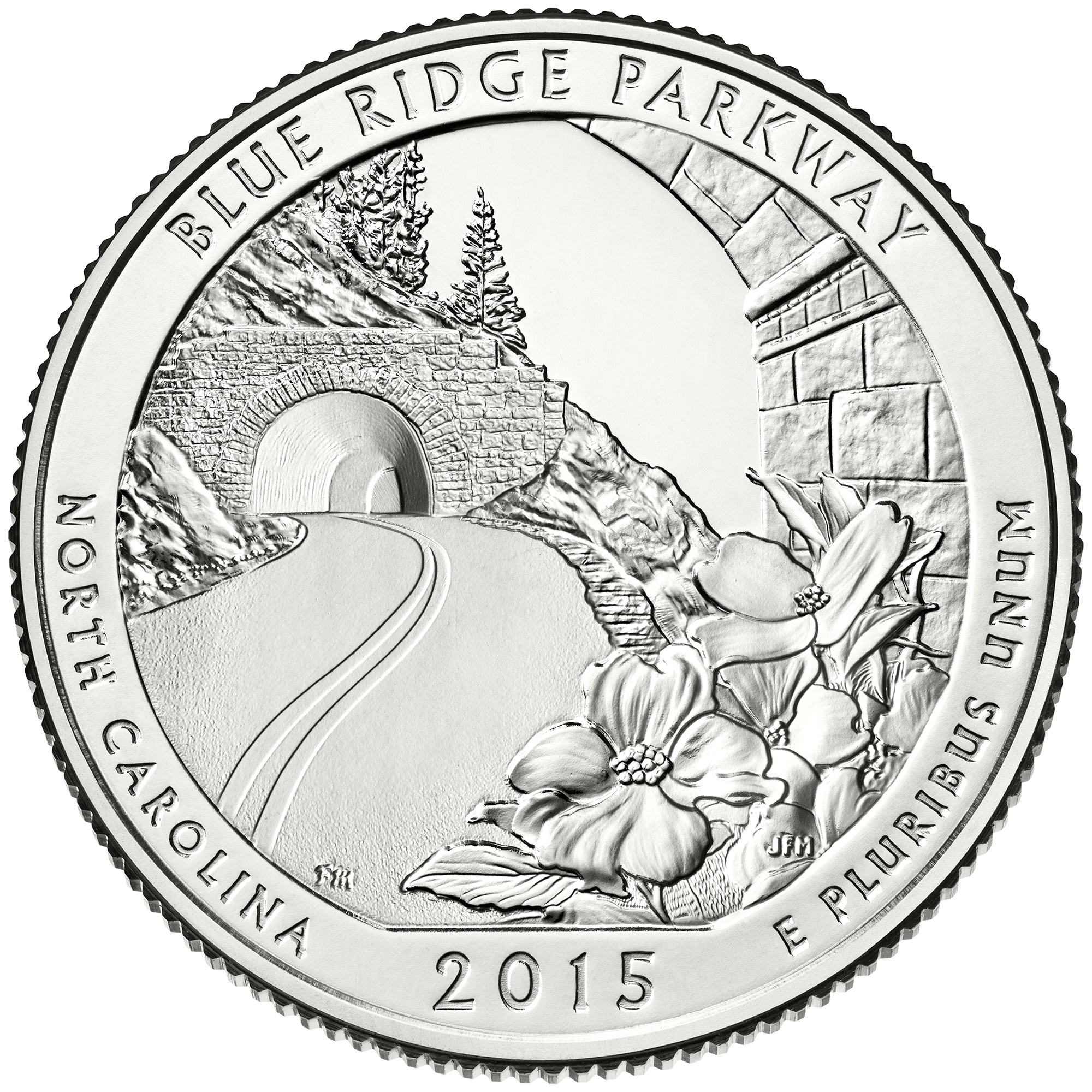 Reverse
Depicts the grace and curvature of the road hugging the side of a mountain, with the North Carolina state flower - the Dogwood - in the foreground.
Obverse
Features the portrait of George Washington by John Flanagan, used on the quarter-dollar coin since 1932.

Since its beginning during the Great Depression, this National Scenic Byway remains the nation’s most-visited National Park. In addition to enjoying a beautiful drive, you can stop at nearly 300 overlooks along the way to see the sights.

Some cool and fun facts about the parkway:

While most visitors drive along the parkway, more and more people are biking the road that also features 100 hiking trails and plenty of campgrounds.