Skip navigation
You are here: Home / Library / America the Beautiful Quarters / Chaco Culture National Historical Park Quarter
Did You Know?
George Washington was our first President – but not the first President on a circulating coin.... 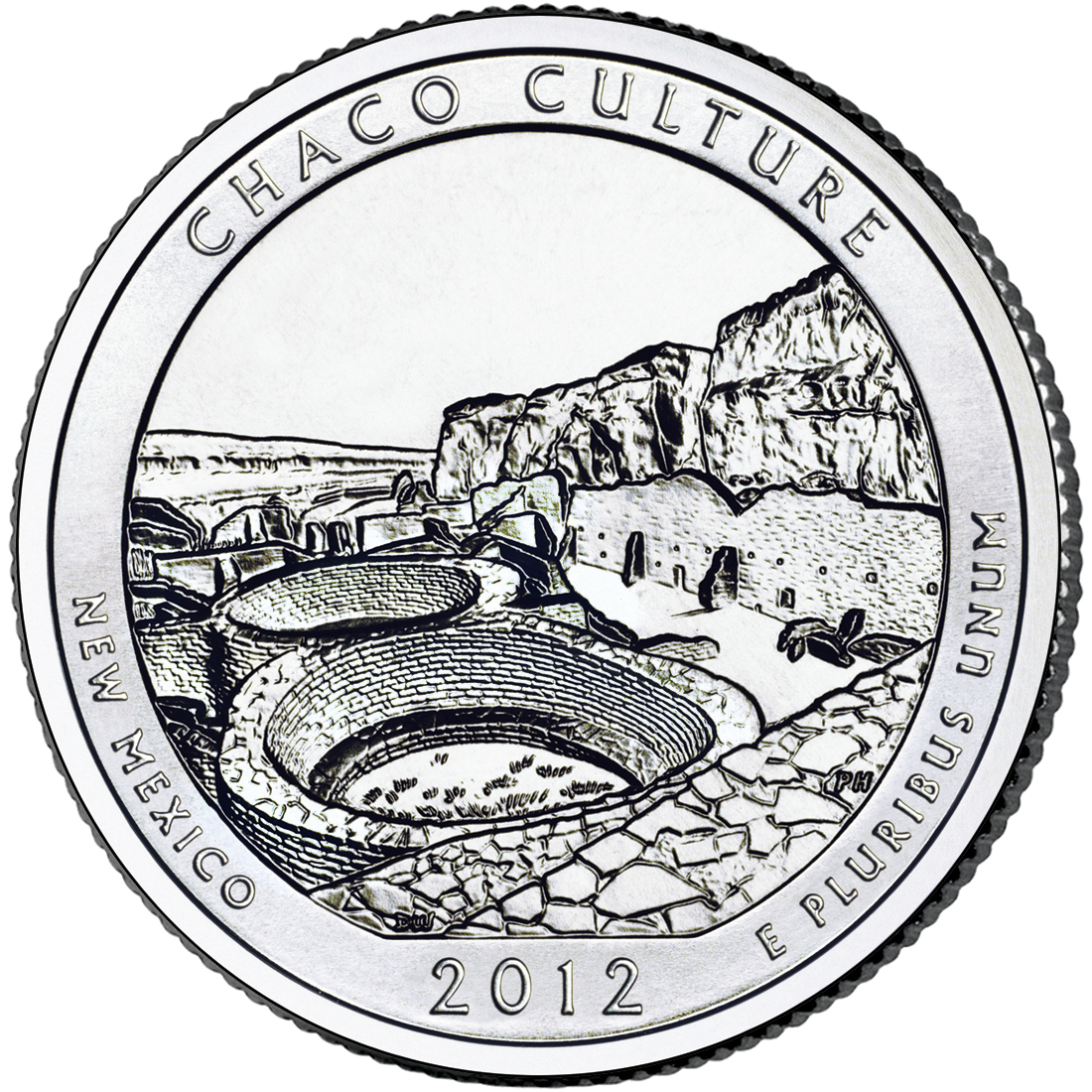 The Chaco Culture National Historical Park quarter is the 12th in the America the Beautiful Quarters® Program. This New Mexico park features Chaco Canyon, a major center of culture between 850 and 1250 A.D. Three people groups can trace their ancestry to the park’s sites: the Pueblo Indian peoples of New Mexico, the Hopi Indians of Arizona, and the Navajo Indians of the southwest.

Chaco Canyon was at the center of a road system that linked communities across a 40,000-square-mile region in the Four Corners area. The ruins at the park include buildings with pre-planned architecture, astronomical alignments, geometry, and landscaping.

In its day, this ancient urban center must have been spectacular. It includes multi-storied public buildings called “great houses,” enormous circular underground “kivas,” and its own special style of architecture with many petroglyphs and pictographs.

The park was first established as a national site in March of 1907.