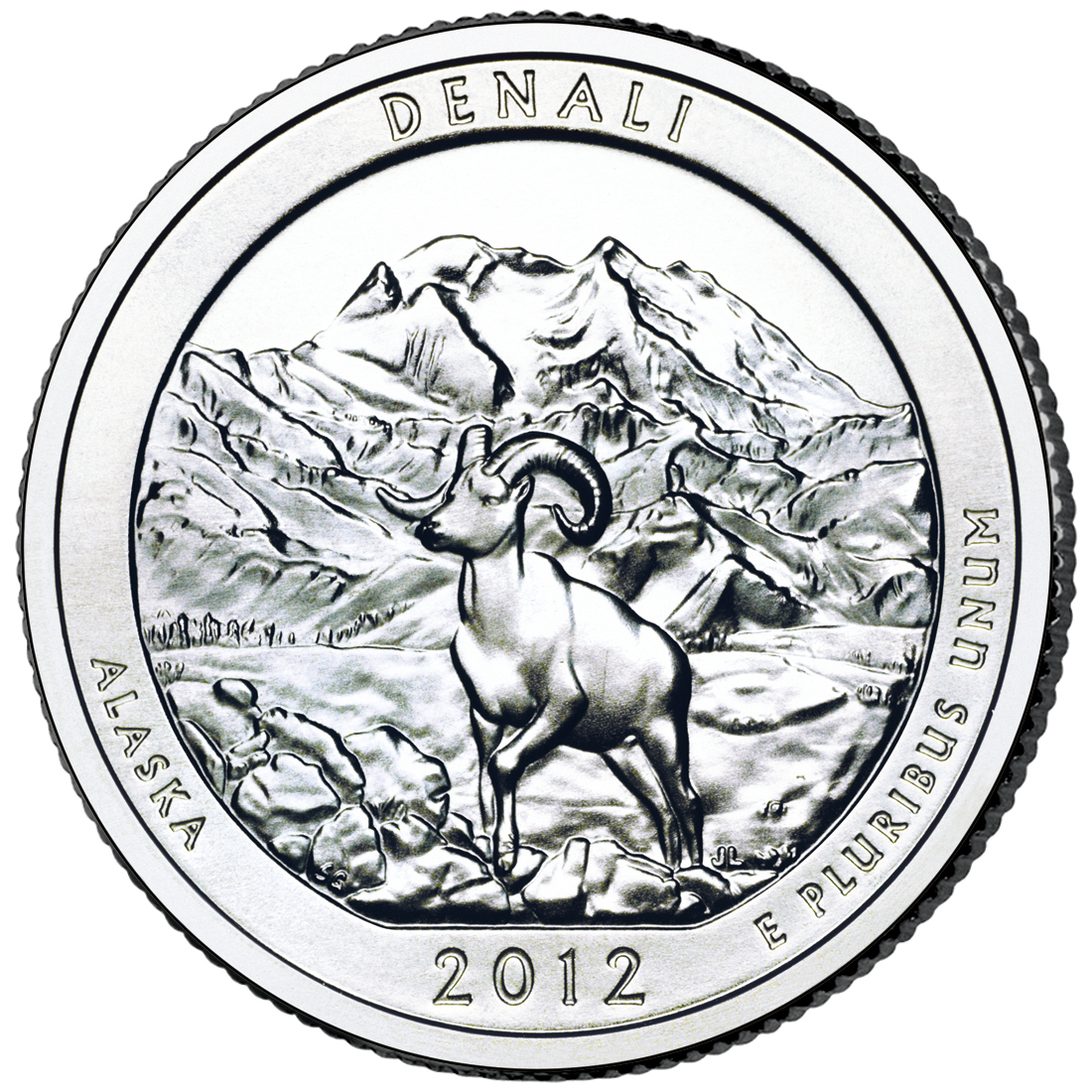 Reverse
Shows the Dall sheep. The image also features Mount McKinley rising in the background.
Obverse
Features the portrait of George Washington by John Flanagan, used on the quarter-dollar coin since 1932.

The Denali National Park and Preserve quarter, last quarter of 2012, is the 15th in the America the Beautiful Quarters® Program. Denali was set aside early in 1917 as Mount McKinley National Park. The park boasts an ever-changing glacier-rich landscape.

In 1980, the park was expanded from 2 million to 6 million acres, including preserve lands, and the name was changed to Denali National Park and Preserve. Within the park’s borders stands the tallest mountain in North America, awe-inspiring Mount McKinley, which towers more than 20,000 feet high.

According to archeologists, humans have been active in the area since more than 12,000 years ago. Alaska’s native people moved through this land with the seasons, probably to fish, gather plants, and hunt large mammals.

Denali was founded to protect the wildlife of the area. This wildlife includes grizzly bears, caribou, wolves, Dall sheep, and moose.