America the Beautiful Quarters
Issued in 2017 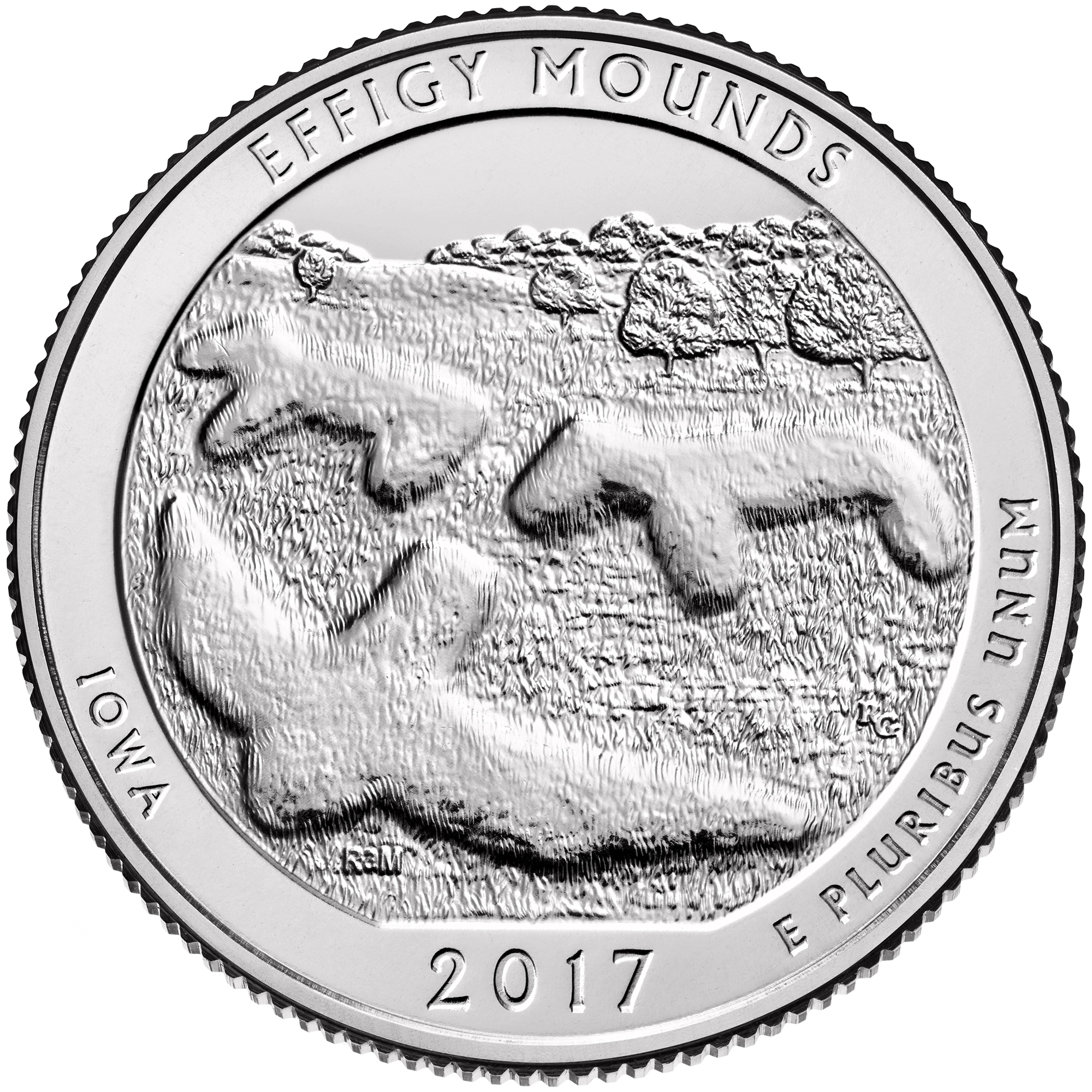 Reverse
Depicts a view of animal-shaped mounds.
Obverse
Features the portrait of George Washington by John Flanagan, used on the quarter-dollar coin since 1932.

Effigy Mounds National Monument was established in 1949. The park protects one of the largest remaining concentrations of ancient American Indian earthworks in the United States. It is considered a sacred landscape by members of many modern-day tribes whose ancestors once lived here. The majority of the mounds were constructed between 1,000 and 2,000 years ago.

The park is home to more than 200 mounds in a wide variety of forms, including more than 30 animal or bird-shaped “effigy” mounds for which the park is named. Often more than 100 feet long individually, many of these animal and bird shaped mounds are perched high atop bluffs overlooking the Mississippi River. Aside from preserving these links to an ancient and highly creative people, the park features outstanding views of the Mississippi River Valley, and hosts many of the native plant and animal communities that sustained people in this area for millions of years.