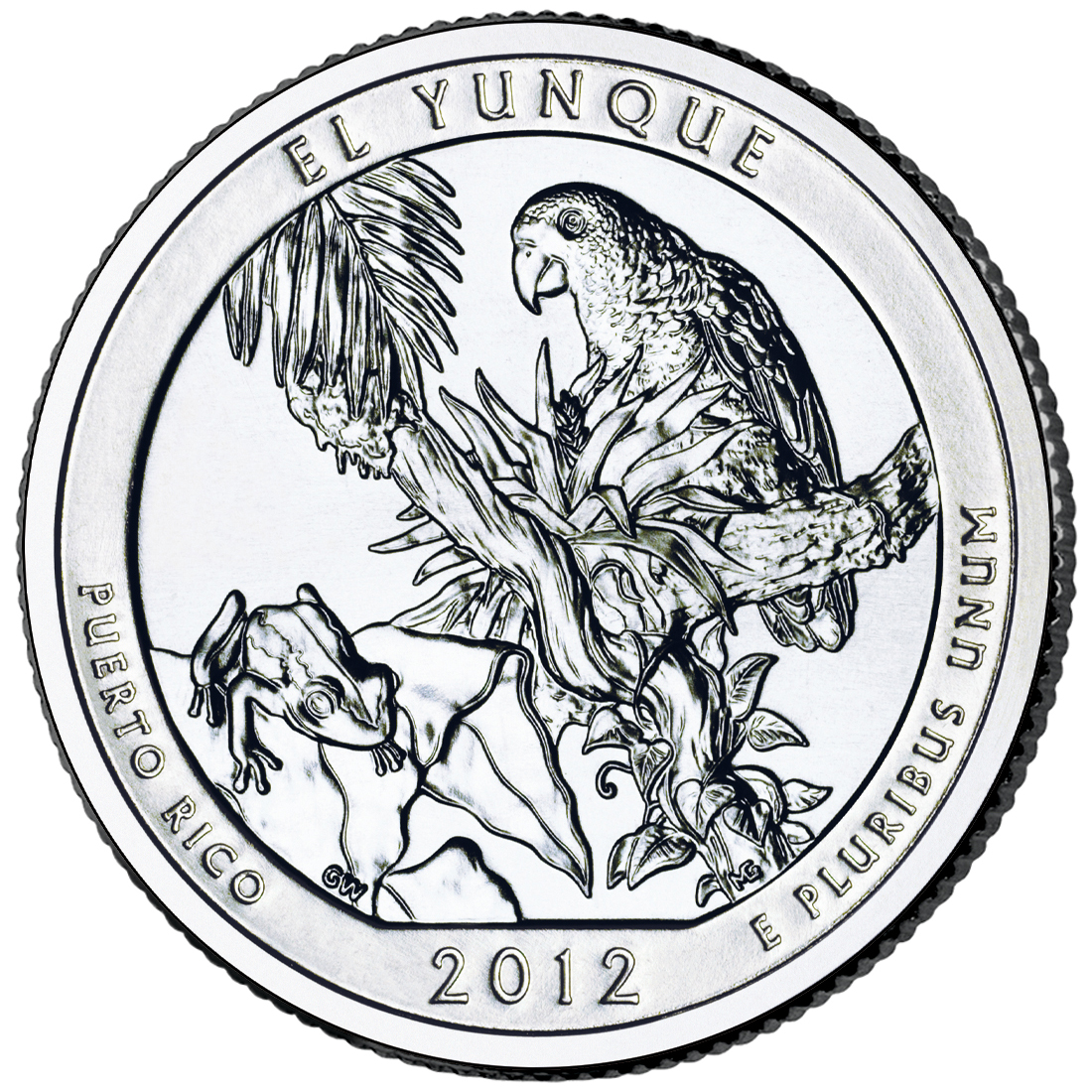 Reverse
A Coqui tree frog sits on a leaf and a Puerto Rican parrot stands on a branch among tropical plants. The Puerto Rican parrot is found only in Puerto Rico. Though the species is endangered, its numbers are growing through a conservation program that began at El Yunque.
Obverse
Features the portrait of George Washington by John Flanagan, used on the quarter-dollar coin since 1932.

Although the forest is relatively small (28,000 acres), it supports a surprisingly wide variety of plant and animal life. Visitors also like its climate: tropical all year ’round.

More than 1 million visitors from all over the world enjoy the forest each year. Its extensive system of trails lead visitors to appreciate the ecological treasures that reside there. It was in 1903 that El Yunque joined the then-growing array of national sites.