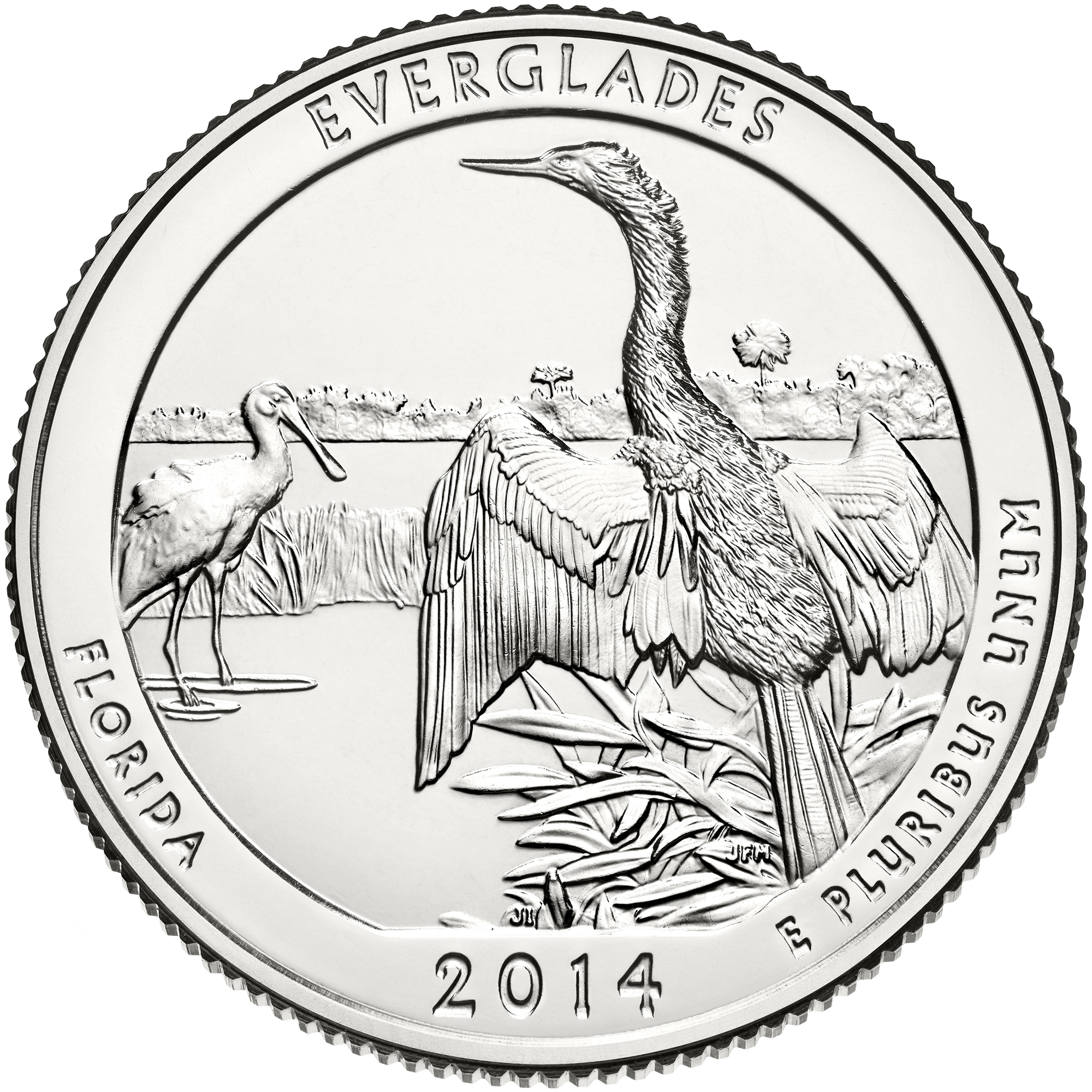 Reverse
Features an anhinga with outstretched wings on a willow tree. A roseate spoonbill, also common in the park, wades in the marsh.
Obverse
Features the portrait of George Washington by John Flanagan, used on the quarter-dollar coin since 1932.

The Florida Everglades is the largest subtropical wilderness in the United States. The Everglades National Park quarter is the 25th quarter in the America the Beautiful Quarters® Program.

Everglades National Park serves to protect a unique landscape. Its habitats are home to many rare and endangered species like the manatee, the American crocodile, and the Florida panther.

Everglades National Park was established as a national site on May 30, 1934.