Skip navigation
You are here: Home / Library / America the Beautiful Quarters / Fort Moultrie (Fort Sumter National Monument) Quarter
Did You Know?
The first Director was a scientist and astronomer.... 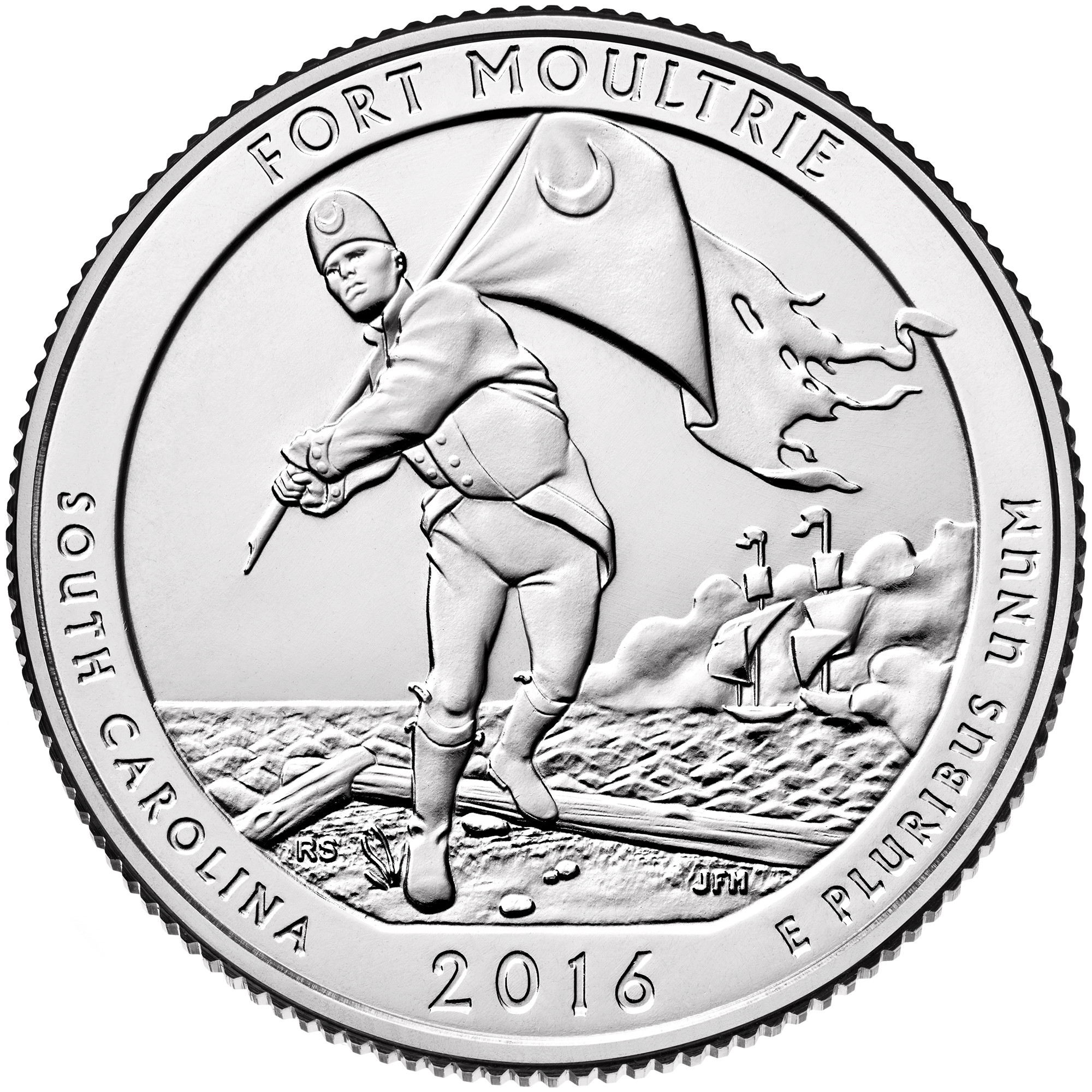 Reverse
Depicts Sergeant William Jasper returning the regimental flag to the ramparts while under attack from a British ship.
Obverse
Features the portrait of George Washington by John Flanagan, used on the quarter-dollar coin since 1932.

Fort Moultrie, the first fort on Sullivan’s Island, was still incomplete when Commodore Sir Peter Parker and nine warships attacked it on June 28, 1776. After a nine-hour battle, the ships were forced to retire. Charleston was saved from British occupation, and the fort was named in honor of its commander, Colonel William Moultrie.

In 1780, the British finally captured Charleston, abandoning it only on the advent of peace. After the Revolutionary War, Fort Moultrie was neglected, and by 1791 little of it remained. Then, in 1793, war broke out between England and France. A second Fort Moultrie, one of 20 new forts along the Atlantic coast, was completed in 1798. It too suffered from neglect and was finally destroyed by a hurricane in 1804. In 1809 a new, brick third Fort Moultrie stood on Sullivan’s Island. It was established as a national site in 1948.